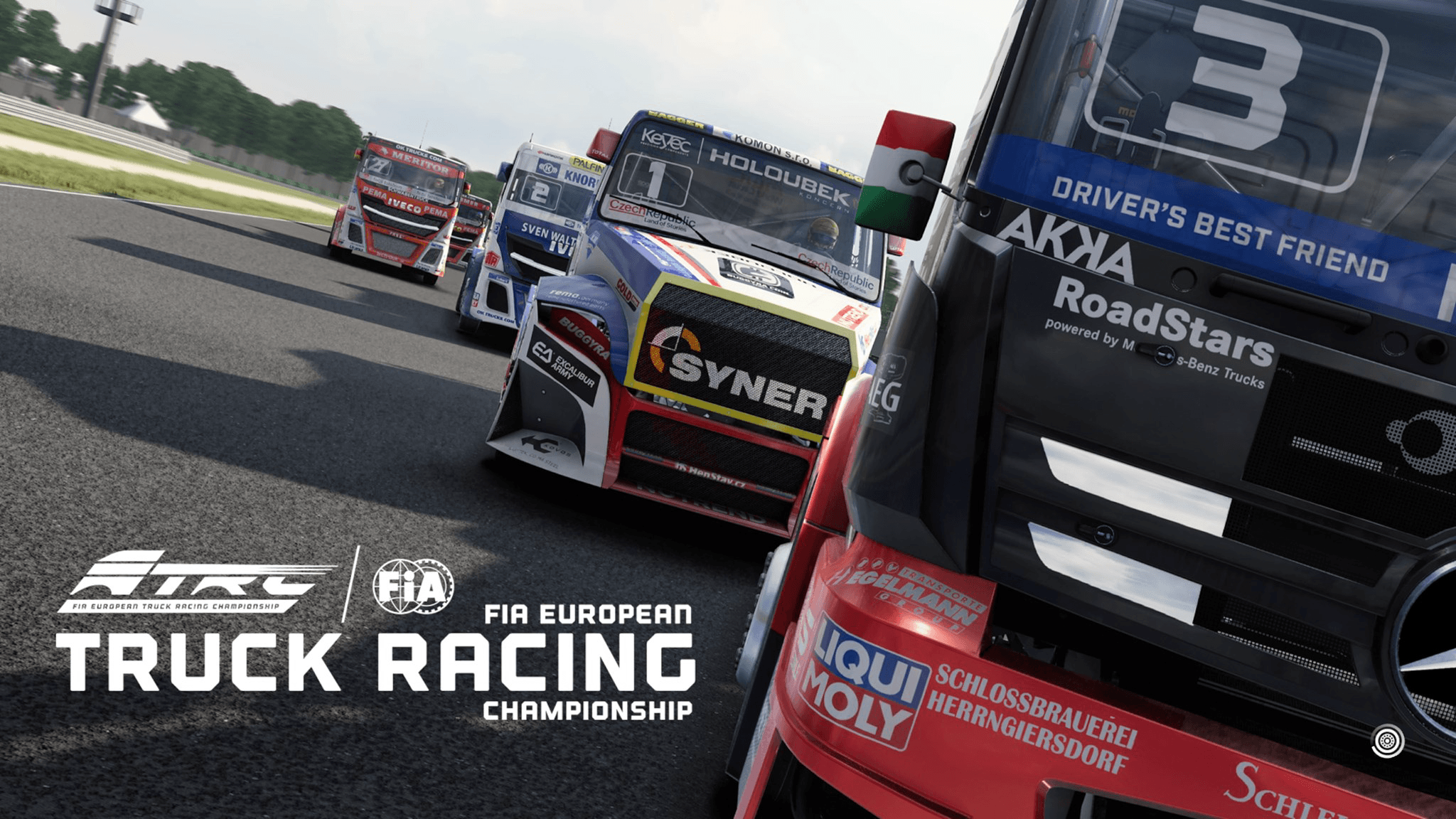 FIA European Truck Racing Championship (ETRC) is available for Nintendo Switch, Xbox One, Windows PC and on Playstation 4 which will be my test circuit. BigBen Interactive are the publishers for this game, they certainly don’t need any introduction unless you’ve been hiding under a rock. N-Racing has been developing racing games for some time now, although mainly arcade-style racers to my knowledge.

FIA European Truck Racing Championship is a mouthful so from here on I will refer to it as ETRC. This was a new one for me. Truck racing is one thing I’ve never had a lot of experience with. I know it exists but I’m more used to hypercars or F1 cars zipping around a track. ETRC is something I am quite intrigued about. Eagerly I hit the options button to get straight into the action. Why not? I love racing games. First off I noticed the feeling of speed as I thundered down the straight. Sure in ETRC you’ll never reach mph like F1 or the likes of Forza, but I was amazed at how fast I felt like I was going. Then I hit my first major corner, I have to say I hit this corner with style. The correct angle and speed. This is bliss. Or is it?

NO NO NO is the answer. It would have been precision in a Porsche or Ferarri. This is a truck and it handles as you would expect a truck to handle. At first, this game definitely has a learning curve for veteran racers. Some of the circuits in ETRC are tracks you will know, and probably know well. It’s easy to forget and approach the corner all sorts of wrong.

All this being said I love the level of detail in ETRC. I like to race with all simulation options turned on to get the true feel of a vehicle. Instead of wing mirrors, you have a rearview camera inside your racing cab. The one factor I kept forgetting about was watering my brakes to keep them cool. I would be hurtling at breakneck speed towards a corner, apply the brakes to find out they have overheated again and the condition of them is poor at best now. At first, this might seem irritating trying to keep your brakes etc within certain temps for the best mechanical results. After a while, it becomes second nature and you don’t even realise you’re keeping an eye on it.

The AI in ETRC is something I love also. It is intelligent, aggressive and realistic. The AI does make mistakes and will take itself out on a corner or cause accidents. You can also harass it and put pressure on for it to make mistakes. This is a nice touch. So many racing games the AI has perfect laps and doesn’t make mistakes or deviate from the racing line, this is annoying but doesn’t happen on ETRC.

The one thing worth adding is in Career mode you have to actually apply for a license and pass a series of tests just so you can compete. This takes me back instantly to memories of Gran Turismo and working for licenses. It was yet another nice touch in my personal opinion.

ETRC has top-notch graphics. No bugs that I could see regardless of my viewpoint during a race. The lighting effects, the shading and the textures are all amazing. The trucks look stunning and when you water your brakes you even get big clouds of steam billowing up from your under-carriage. ETRC  really feels like it’s working the PS4 GPU to its limit without being a glitched mess.

Again ETRC has hit the nail on the head. The in-game music is enjoyable. The roar of the engine sounds beefy and powerful. Again it’s the details that I loved about ETRC. Its the grinding and chewing sounds of metal on metal I loved when everyone is in a tight group with little room to move in any direction. The pre-race ambience is tremendous, you really feel like you are there amongst the race fans, and this really heightens the anticipation for the race weekend ahead.

In some ways, it’s like asking how long is a piece of string? ETRC has all the potential to be a surprise classic in the racing genre. I say this because I love racing games and everything with 4 wheels and a powerful engine. Perhaps ETRC isn’t a game for a casual racer because of its learning curve, and the casual racers just want to pick up and play. This game takes a little practice, but in my eyes, it’s worth it just to get that podium finish.

ETRC is an excellent game and one the developers should be proud of. I loved my time on this game. I wish there were more choices in truck racing to compare this game too. Sadly there isn’t, and it would be unfair to compare them to games like Project Cars 2 or GT Sport. It’s really not like either of them but in some ways, it feels so much like it should be. Even though this game might be a niche market with it being truck racing. I have no hesitation in giving this game a Thumb Culture Gold Award.

Disclaimer – We Received A Digital Code To Review This Game