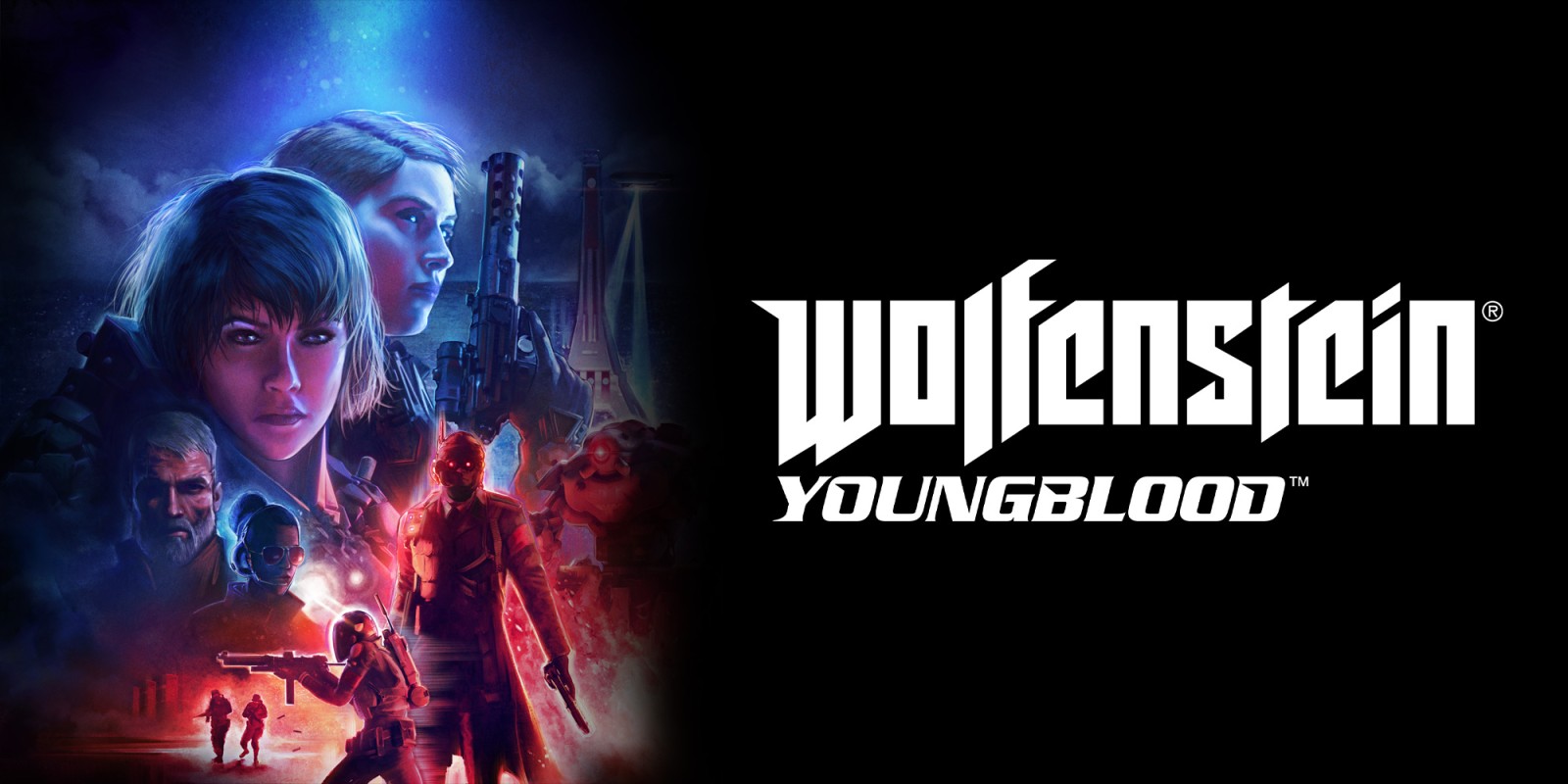 Wolfenstein Youngblood is a first-person co-op shooter game and a spin-off to the Wolfenstein series, developed by MachineGames and Arkane Studios and published by Bethesda Softworks.

One really cool benefit of Wolfenstein Youngblood is if you purchase the Deluxe Edition of the game it grants you the Buddy Pass which allows you to invite a friend to play through the entire game with you—for free! The game was released on July 26th on Xbox, PS4, PC & Nintendo Switch and will also be coming to Stadia in the future.

Your role in Wolfenstein Youngblood is to play as one of BJ Blazkowicz’s (the protagonist of the Wolfenstein series) twin daughters named Jess or Soph, which by 20 years have passed since the events of Wolfenstein II: The New Colossus.

You begin the game by choosing which character you want to play with, both having weapons, gadgets and abilities to help you liberate Paris from the herds of Nazis you encounter, and believe me, there are loads. Soph is a hot-headed & aggressive character, whereas Jess has a calmer personality but doesn’t like losing to her sister, in any type of sibling rivalry. 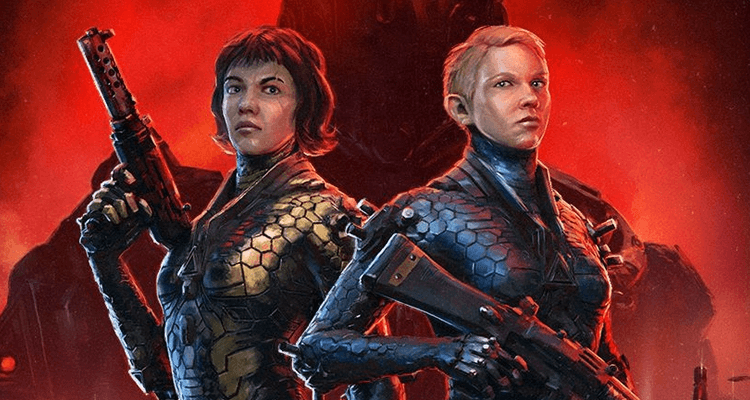 Once you start your journey you are told that your father BJ Blazkowicz has mysteriously disappeared without a trace and you somewhat discover a map indicating that he travelled to Neu-Paris to meet the French Resistance. The girls by force head to France to fight their way through the Nazi-infested world and to find out why and what has happened to their beloved father.

The difference with Wolfenstein Youngblood and the other Wolfenstein games that have come out previously is that there are RPG elements in the game that let you decide which missions you want to undertake. There is a hub area where you can choose if you want to do side missions to help level up your character and increase your perk system, or just stick to the main missions. That means your level won’t be as high and you won’t have unlocked the new perks that the game offers, so the further you go in the game, the harder it will become.

What I noticed about the game is that the cutscenes in between the gameplay are quite long, but personally I enjoyed that.

I played this game on my Geforce 1060 GTX on high settings and the fans were blowing a little bit at times, but I didn’t affect the game at all. I thought Wolfenstein Youngblood looked really nice, and enjoyed the game’s levels, even if it did look a little samey at times. 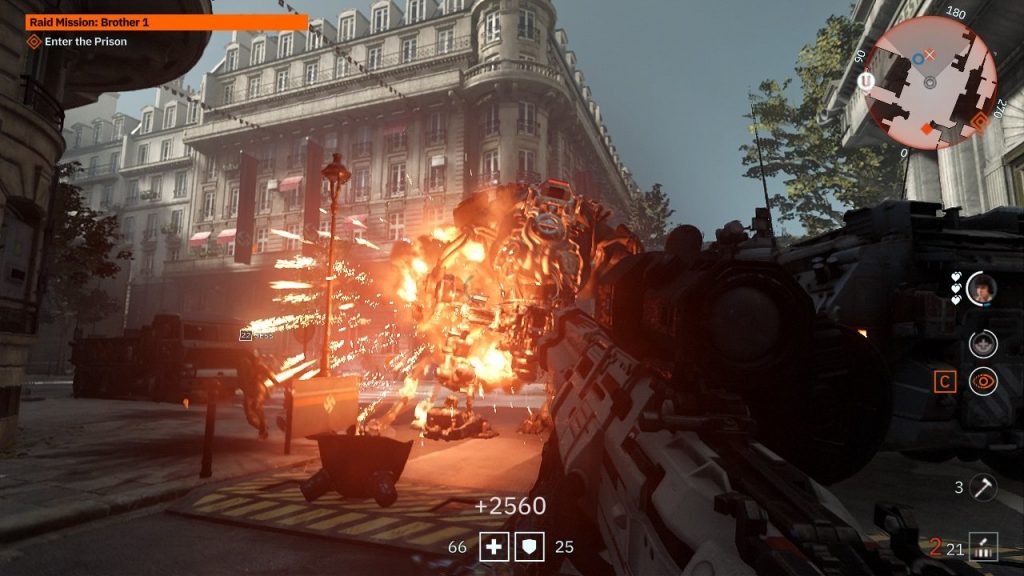 The games audio was very loud but intricate with all the bullets flying all over the place and the many explosions you narrowly got out of the way, all this I guess is expected from a first-person shooter game.

Using all the weapons was enjoyable, with each one sounding pretty dangerous, especially when you managed to kill a Panzerhund and you hear it explode, it sounded really fulfilling. My favourite weapon was the “LaserKraftWerk” which fired high energy laser beams and has the ability to melt thin sheets of metal, this was my go-to weapon and sounded deadly.

It will take you roughly 25-30 hours to complete Wolfenstein Youngblood if you complete all the main missions as well as the side missions. There is definitely replay value here as you can play the entire story in co-op mode. So for me personally I would complete the entire game on my own, then head back into the game with a partner to see how well it holds up playing cooperatively. Playing the game on your own does have its problems, your twin sister’s AI does get into some sticky situations where your constantly having to revive her from dying, don’t think they understand the word cover? I thought this was very frustrating and if played with a friend in co-op, this wouldn’t be as much of an issue. 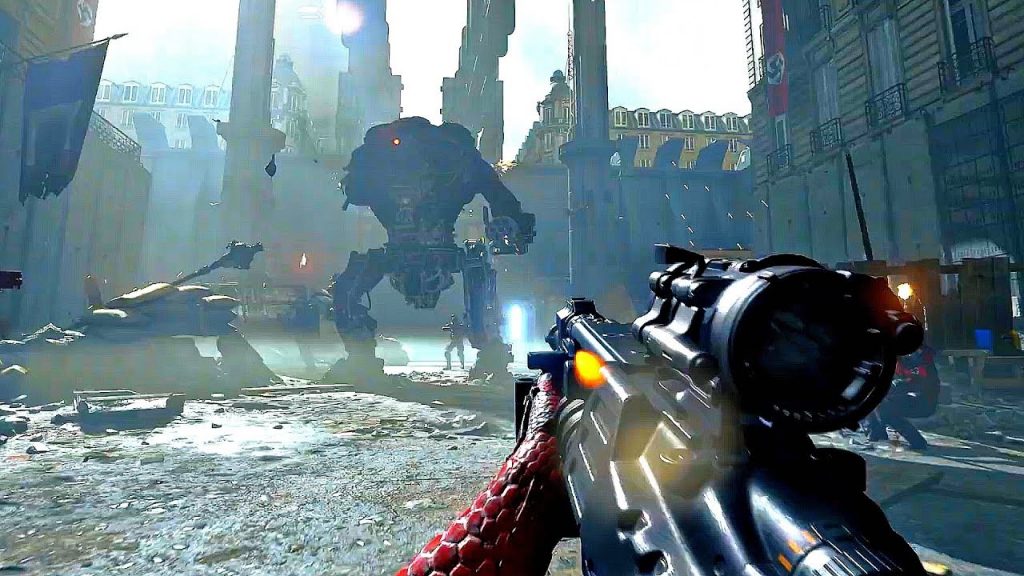 All in all, I quite enjoyed playing Wolfenstein Youngblood. I thought the two character’s relationship was fascinating and their journey was captivating to see how far they would go in order to find out what happened to their dad. Yes it was a little samey at times, and I couldn’t care about what the side missions had to offer, apart from levelling up of my character, but I enjoyed using the different weapons in deciding the best ways to kill the “Zitadelles”, “Zerstorers” and “Ubersoldats” as well as the many, many soldiers standing in my way. This isn’t a great game compared the previous Wolfenstein games, but this is more of a bridge in the gap to fill whilst waiting for the mighty Wolfenstein 3. Therefore I gave this a sexy Thumb Culture Silver Award.