It’s fair to say it’s been a bumpy ride, with a lot of turbulence in the eighteen months or so since Fallout 76 was released by Bethesda. I’m not going to dive too deeply into the chequered history of the latest instalment of the Fallout franchise, suffice it to say that until now, it really hasn’t been a hit with the fan base.

At launch and during the months beyond, the discernable lack of NPCs and any kind of real storyline in Fallout 76 was perhaps the biggest and most confusing oversight on the part of Bethesda. After all, questing, side-questing, engaging storytelling, snarky dialogue and you know, actual NPC’s with some character is at the heart of the entire Fallout franchise.

So it’s an actual joy to be able to visit Appalachia now and meet a range of NPCs in the form of the Wastelanders that you can meaningfully interact with. I’m putting it out there: Fallout 76 is now, finally, the game it probably should have always been from the get-go. 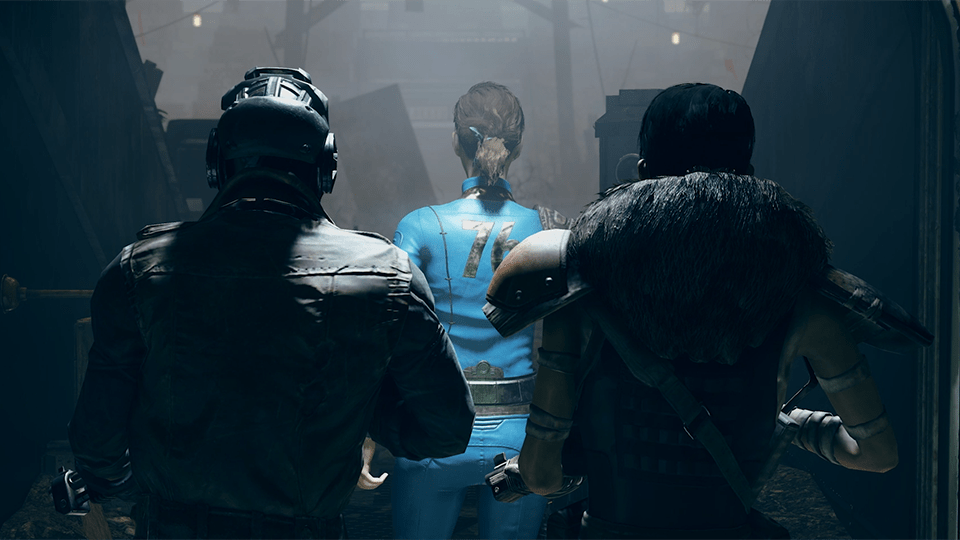 Having only dipped in and out of Fallout 76 on the free play weekends prior to this, I’d always held off from buying the full game. Despite being a huge fan of Fallout, I begrudged paying for a game that appeared to be devoid of any real content other than occasionally bumping into other players for a random battering. Even on the free weekends, I quickly became frustrated with wondering what I was meant to be doing in Fallout 76 and where the plotline actually was.

With the new injection of the Wastelanders DLC though, things have clearly improved. If I’m honest, my expectations were kind of low, but I wanted to see if Wastelanders could redeem Fallout 76 at last.

I decided to start the game again at level one with a new character and play the game through as I believe it probably always should have been at launch. So far, I have to say I am getting a much more satisfying experience of Fallout 76. While it’s too early to say whether or not the new storylines impact the endgame too much (or even if there is an endgame), I’m definitely finding that Fallout 76 has much more likeability. 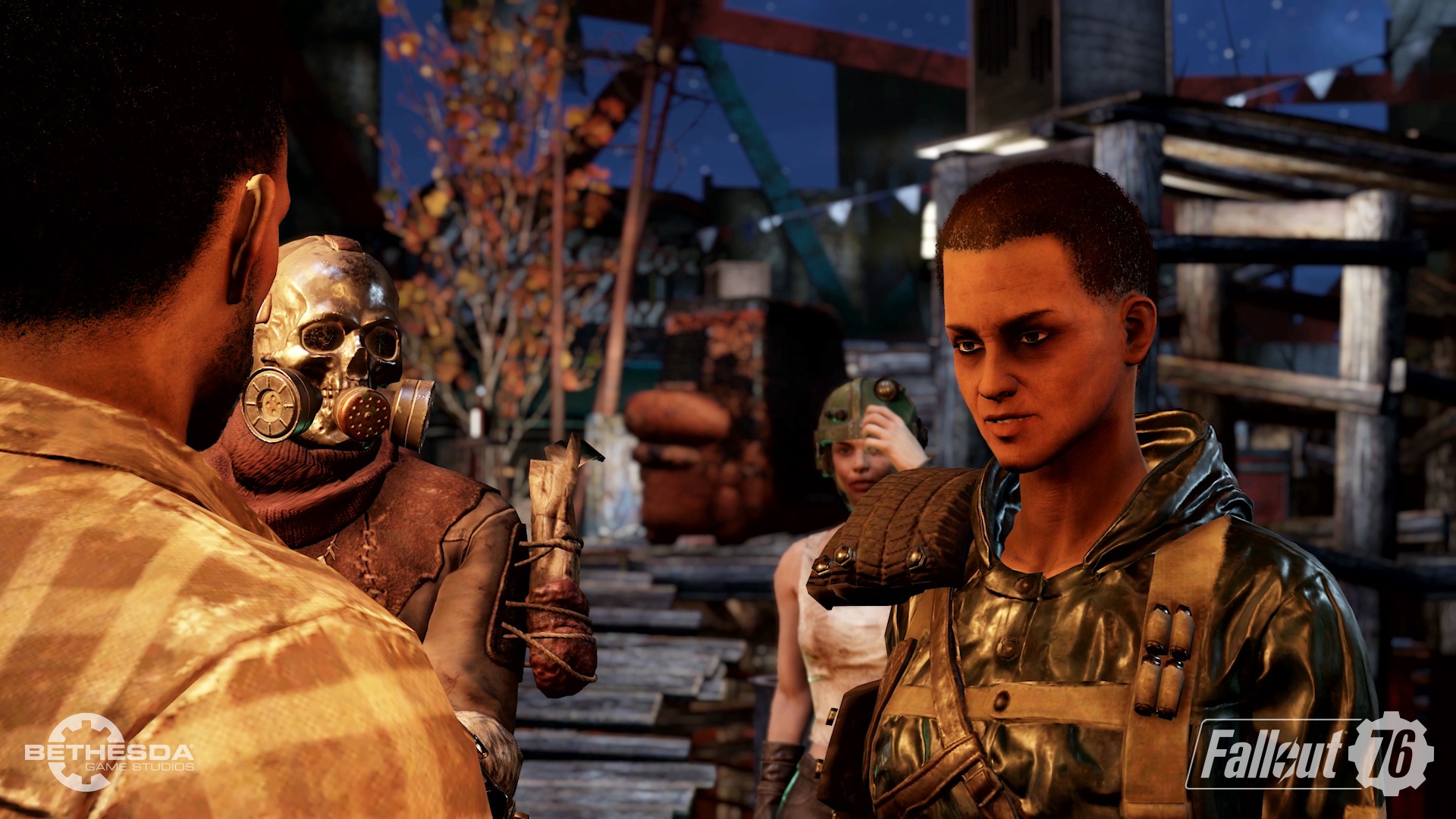 By populating the world with actual characters and plot points in the game, it seems like Bethesda has finally succeeded in making Fallout 76 feel more like the finished article rather than the work-in-progress game that fans have been frustrated with since launch.

There are still a few aspects of Fallout 76 that don’t work as well for me, the quick inventory mechanic in live combat really irks me and the camp-based approach to base building isn’t quite as satisfying to me as it was in Fallout 4, but on the whole, Wastelanders brings a huge injection of meaningful content back into the game.

The live multiplayer aspect of Fallout 76 is still a bit confusing to me. It feels like a somewhat incompatible sidestep for a game series that’s always been centred around storytelling and dialogue choices impacting the narrative of a single-player game.

That said, Wastelanders is a solid effort by Bethesda to bridge that gap, with the ability to join a faction, grow your reputation with them to unlock rewards and learn more about their backstories so you can decide for yourself where your loyalties are going to lie. 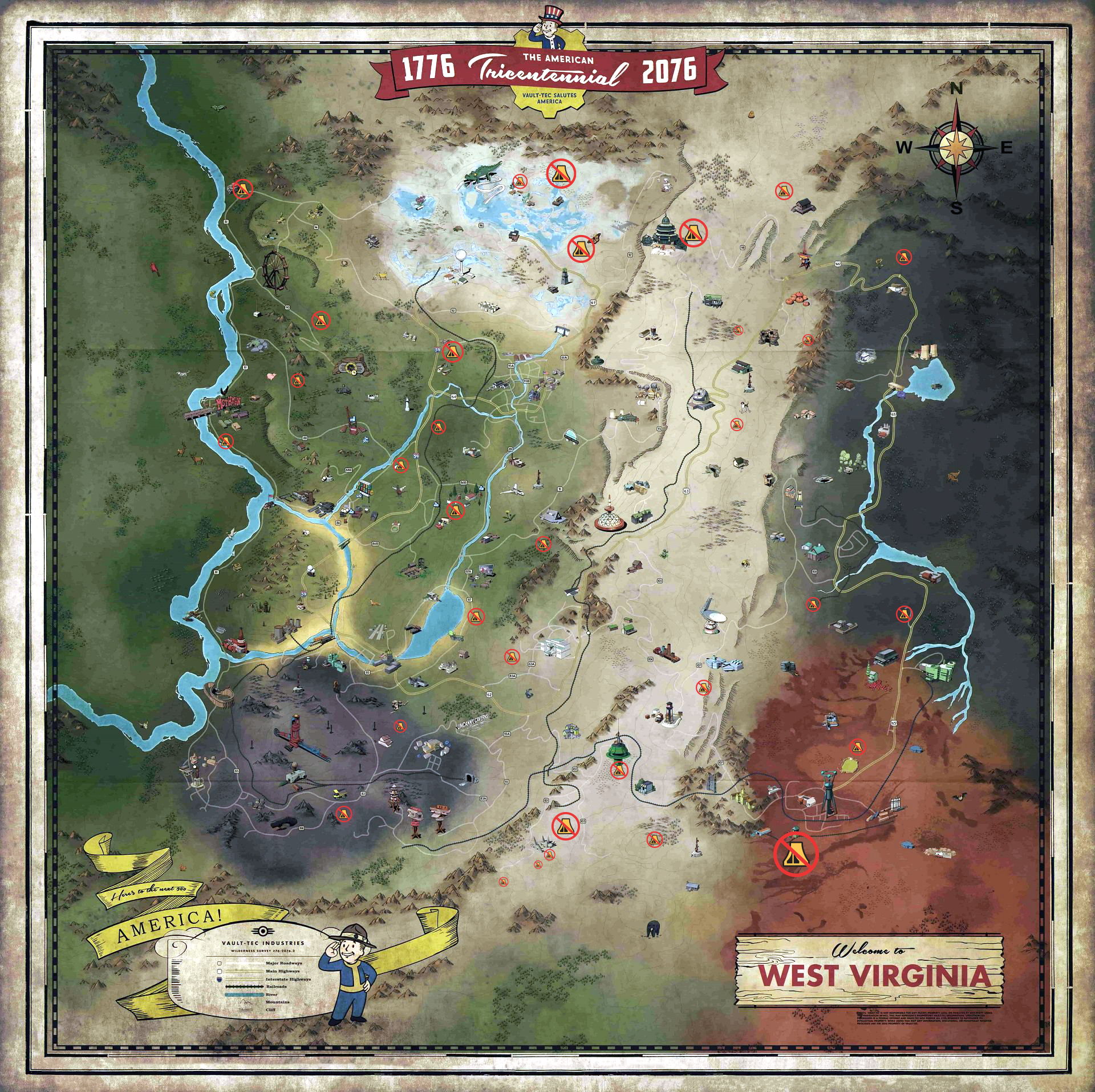 Exploring the world in Fallout 76 is also much more satisfying now. The open-world characters you’ll now meet add a much-needed layer of depth to the game, and finally give that feeling of Appalachia being a complete region, rather than a series of vacant spaces to be chased through by a random player who wants to smash your low-level head in out of pure boredom.

While Wastelanders does succeed in making Fallout 76 a much more well-rounded gaming experience, it’s too early to say if this DLC is enough to really make people connect or care with the new cast of characters in the same way they’ve done in its earlier counterparts such as Fallout 3, Fallout: New Vegas or Fallout 4. Perhaps that ship has sailed. 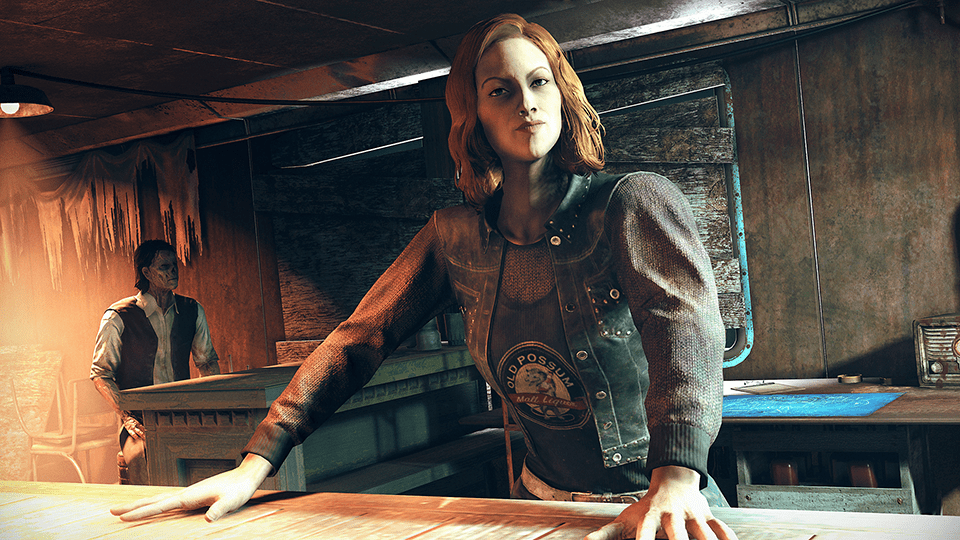 Don’t get me wrong, Duchess, Mort, Sol and Penny (the Automatron with the best one-liners I’ve heard in some time) are full of engaging chat and personality, but I’m yet to discover the extent to which they’ll impact my character in terms of her own storyline.

Wastelanders makes Fallout 76 well worth a revisit if you weren’t happy with your first trip to Appalachia. Personally, I’m really enjoying it, but then again, I never fully experienced the frustrations that many of Fallout’s fan base did the first time around.

Either way, I’ll stick my neck out and say that Wastelanders is a really strong reason to make a trip to West Virginia now, especially if you’re looking to enjoy a much more Fallout-like Fallout game. I’ll give it the Thumb Culture Gold Award.

Have you ever wanted to be a part of an alliance? Now is your ...