eFootball PES 2020 is the new football simulation game developed by PES productions & published by Konami and was released on September 10th on PS4, Xbox One & PC via steam.

This year’s PES 2020 release features the added “eFootball” in the title as a way for Konami to push into the online gaming space for a focus on the PESLeague and eFootball Pro tournaments. Konami have enlisted the help of former Barcelona & Spain legend Andres Iniesta as a gameplay consultant, to help shape a “renewed focus on immersion and authenticity, translating his innate ability to read the space around him and slip through the tiniest cracks of an otherwise impregnable defensive line into a new dynamic dribbling technique; the Finesse Dribble”. 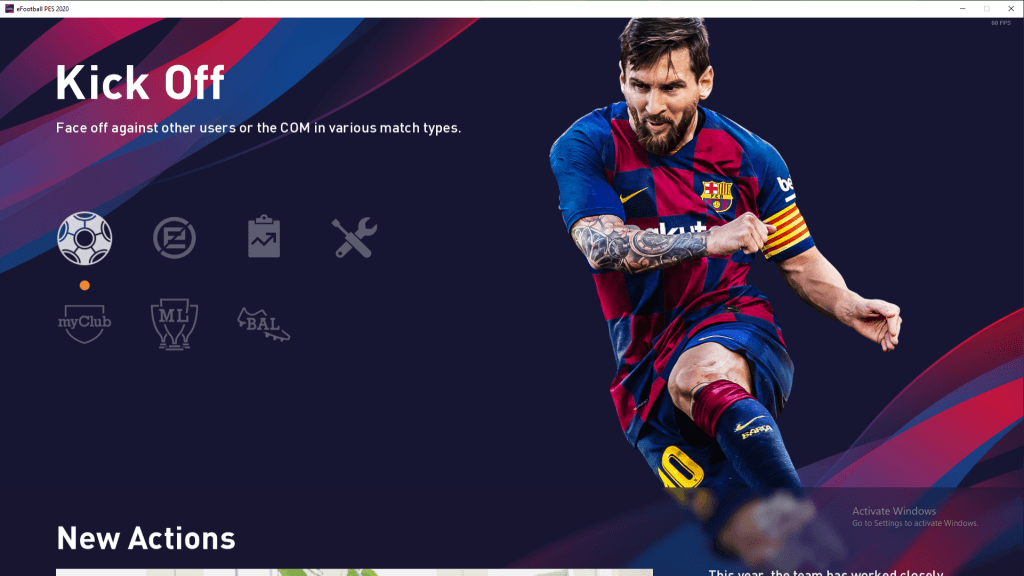 On the cover this year is the return of Lionel Messi, alongside ambassadors of the game Serge Gnabry who plays at Bayern Munich, Miralem Pjanic of Juventus & Scott Mctominay of Manchester United. Ronaldinho will cover the legend edition & Konami have also released a Manchester United, Arsenal and Celtic special edition of the game, but only on the PS4.

Let’s dive in and see if eFootball PES 2020 can this year lift the ultimate football experience trophy, by beating the hugely popular Fifa series.

So here we are, the month of September where we have lots of excitement for the latest Fifa & PES games coming out. “Fifa’s the best!”…“No, PES is way better!” You constantly hear the same thing every year and it’s damn right annoying. But this year I am taking a big step myself in moving over from the usual Fifa release to eFootball PES 2020. I have always been a Fifa man (since ‘94), even though I did have a brief stint with Pro Evo 4 back in the day but this year I am converting over without even a care for what’s it called? Oh ye Fifa blah blah.

This year Konami have announced brand new partnerships with FC Barcelona, Manchester United, FC Bayern Munich and Juventus as well as lots of new changes in the game including upgraded mechanics, new techniques, kick accuracy, intentional fouls, players’ personalities, in-game menus any many many more. eFootball PES 2020 features a brand new game mode called Matchday – this allows players to choose one side during weekly events and earn points while playing. In the final phase of the weekly event, the best performing users of each side will be chosen to compete in a live streamed final. Perhaps the biggest feature for Konami this year is the updated Master League mode, with a new interactive dialogue system that allows you to choose responses to questions you are asked, in press conferences, transfer negotiations and management meetings etc, this is a really nice touch that allows you to create your own personal story.

A cool option with this mode is the ability to customise your (manager’s) appearance, where you can use real life likenesses of some absolute legends of the game. They are, Diego Maradona, Johann Cruyff, Socrates, Romario, Ruud Gullit, Roberto Carlos, Bebeto and Lothar Matthaus ..WOW what a list. Have you ever wanted to envisage Roberto Carlos walking around the training facilities at YOUR club, well now you can, but don’t expect to see him recreating his famous free kick on the training ground, now that would be something wouldn’t it. Another change to this years release is the new default camera angle called ‘Stadium’, which offers you a broadcast-like approach, as if you were watching live football on your TV. 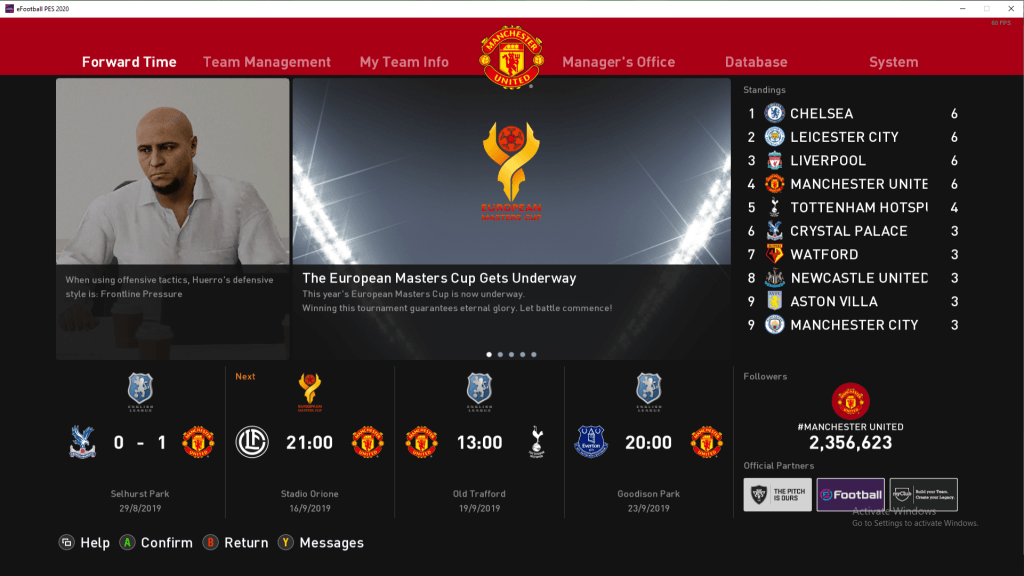 When you actually get to the crux of playing eFootball PES 2020, I really liked it from the start. Playing the demo for around 15 hours I couldn’t wait for the game to be fully released. I feel like the game is the most realistic football game EVER to date. I have come across some annoying issues though in the game which is expected these days, things like sometimes if the ball is heading towards the selected player, but you try and switch to a player in a better position, it kinda messes up and the ball will just go through the original selected player and neither end up getting it, frustrating. The referee’s decisions for fouls are sometimes laughable, I’ve lost count the number of times fouls have been given against me for simply nothing, or I’ve been hacked down and guess what, nothing given. When you score a goal and you go off to celebrate the players will power walk away, then all of a sudden speed up really quick like as if the game is kicking into gear, then it goes into the celebration cinematic. So this needs polishing up to make it a better transition from a goal into a celebration. Here’s a big one that I unfortunately made the mistake of, so I was playing the Master League mode with Manchester United (of course) and had played about 5 games into my season, I had automatically assumed that the game had auto-saved, so when I turned the game off and came back the next day, there was no save file. So what did learn? You need to turn the auto-save feature ON inside the game mode as by default its off, surely it should be enabled straight off the bat?

My other critique would be and I am not sure whether it being the pitch is too big, or the players are too small, but there seems to be a lot of space in the midfield. Let’s say one of your centre backs has the ball, you then pass to your defensive midfielder for example, and with one accurate pass you could bypass the oppositions entire midfield up to your number 10, or a striker, with just one pass, the space is huge and is unrealistic.

Having said all this, as of today Konami have just announced the first update patch that is coming out the end of October which addresses the issues above and more which is brilliant, just wish the update would come out sooner to be honest. 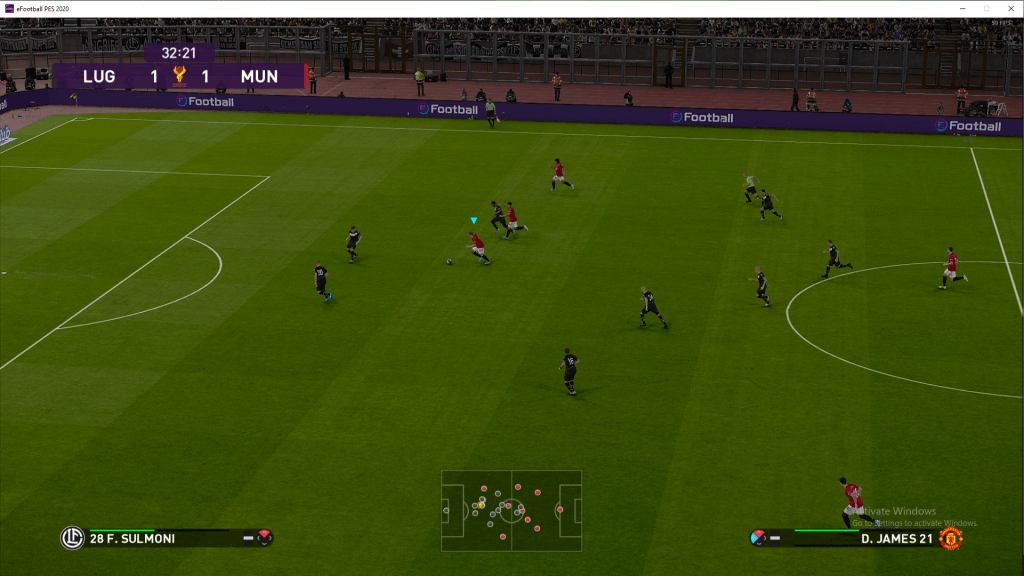 I played this game on my Geforce 1060 GTX on high settings and graphically it looks really nice. The players faces especially for the licensed teams look so realistic it’s amazing, and they way they play on the pitch is a joy to see. Stadiums are stunning, the pitches look nice and I like how the crowds react to the goals. All these visuals to me make this year’s eFootball PES 2020 release a much more authentic experience to how a football game is watched & played, and all this backs up my reason as to why I moved over from the Fifa series. 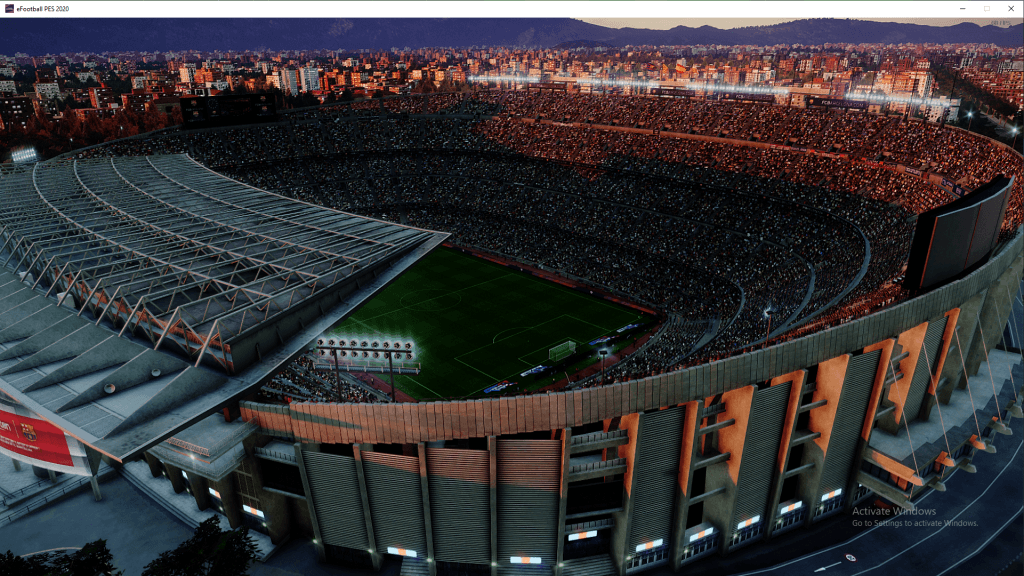 The games audio is really good, for me it’s a nice switch of commentary listening to Peter Drury and Jim Beglin taking the mic as opposed to what I am used to. I am not sure if its been updated much since the previous years as I didn’t play them, but I think they do a good job of detailing what’s happening during the game, apart from the sometimes over the top reactions to a poor shot that fizzles slowly to the keeper.

The crowds I really like, it epitomizes the great atmosphere inside Old Trafford and the other stadiums, and as I always turn the volume up loud, as I do when I watch football games, it gives me that slight feeling of actually being there. The in game soundtrack is decent, but I always turn down the volume in the main settings to quite low as it irritates me a little. 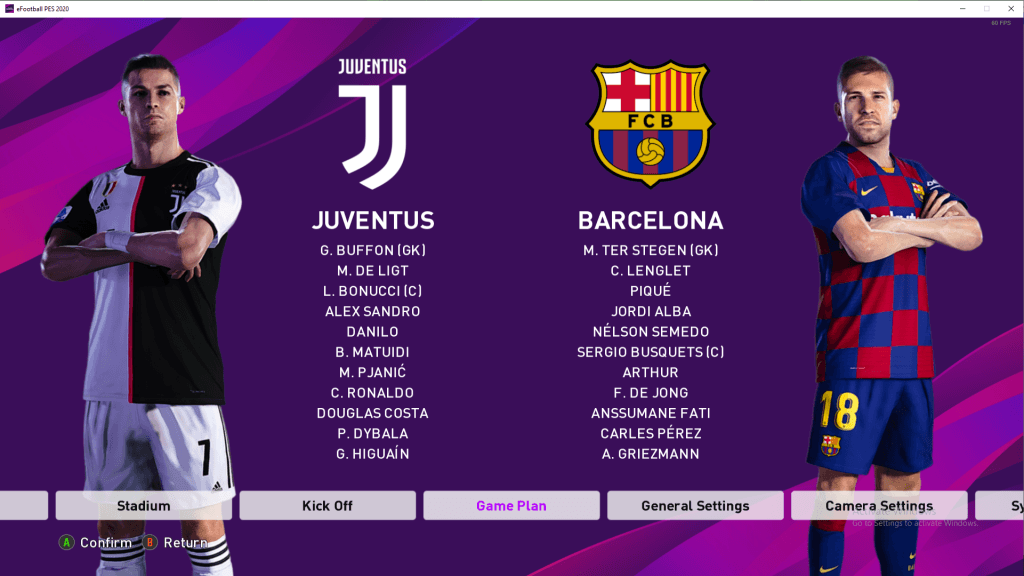 For me personally, I pretty much play a football game all year round. It’s my go to game, a game that I am addicted to, a game I can play for hours, a game I can play if I only have 20 mins. I love them. In eFootball PES 2020 there is so much to do to keep you going for months and months. Whether that be building your very own club & fighting for world domination in myClub, playing the standard career mode by taking control of a club on and off the pitch in Master League or getting a taste of what it’s like playing through a career as a football player in Become a Legend. Plus don’t forget the eFootball mode where you compete against other users online, I am sure this will be the most popular. I nearly forgot about one last thing, Konami have recently announced an exclusive partnership with UEFA EURO 2020 which will be a brand new mode as part of the free DLC planned for spring 2020. “This upcoming DLC will include every national team’s kits, official balls and the hosting stadium that will also be faithfully recreated in the game, and over 50 European countries will be featured”. 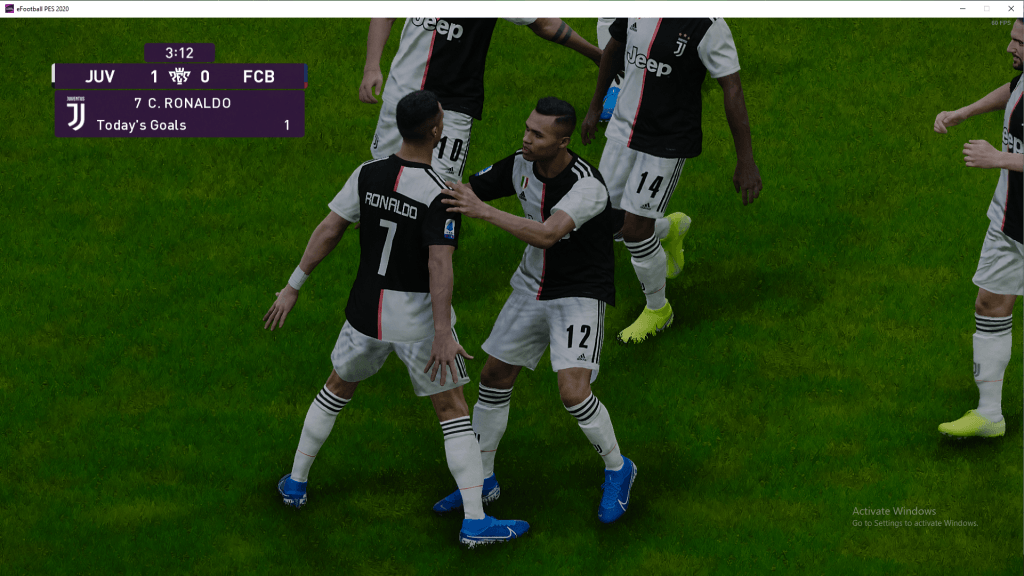 It was a strange decision for me to finally move on from Fifa over to PES as I said previously, I have been playing the Fifa series since 1994. But I know a 100% I have made the right decision. Fifa has in my opinion been a reskin of the same game for a number of years and quite frankly, there is nothing exciting about it anymore. If it wasn’t for “The Journey” mode, I would have moved over to PES a few years earlier. I am not the only one either. Reading a lot of the buzz on the internet & comments in forums, there’s a hell of a lot of people switching over too.

All in all, I am extremely extremely impressed with eFootball PES 2020. Yes there are some irregularities in the game but Konami are already on top of these issues. The future for eFootball PES 2020 looks very exciting & I am glad to finally be a part of it.

I am awarding eFootball PES 2020 a Thumb Culture Gold Award.