Ok so we all love a good mouse pad, but wow when this monster of a pad from Speedlink landed at TC HQ it was something else!  Measuring 910mm wide x 420mm deep x 3mm high the Orios Gaming Mouse pad XL dominates the desk giving you a massive surface to glide your mouse freely across (in this case the Roccat Kone AIMO) as well as an area for your keyboard if you so desire.

With an anti-skid rubberised backing that holds the mouse pad to the deck for even the heaviest handed player, the soft slick cloth surface on top also has a water-repellent finish should you do the unthinkable and knock a drink over.  The feel of the mouse pad is very sleek and the mouse moves quickly around however I did on occasion feel my hand starting to sweat a little where it made contact with the pad for a long duration.

Now when a mouse pad comes with a 1.45m cable with a USB connector on the end it can only mean one thing, a funky feature, and yes there is a cool one waiting for you to activate if you so wish.  Supply some power to the huge Speedlink Orios Gaming Mouse pad XL and you will be greeted by the edging of the pad illuminated in red.  Using a fibre optic style technology running within the edge piping the tiny black box on the top left of the mouse pad seemingly emits the light source so that there is no glare on your eyes.  Instead, you have a fairly even display of colour which by pressing the button on the box can change between red, purple, light blue, blue, turquoise, lemon, green and a pulsating colour rotation.  Personally I liked the blue as it created a cool atmosphere onto the desk. 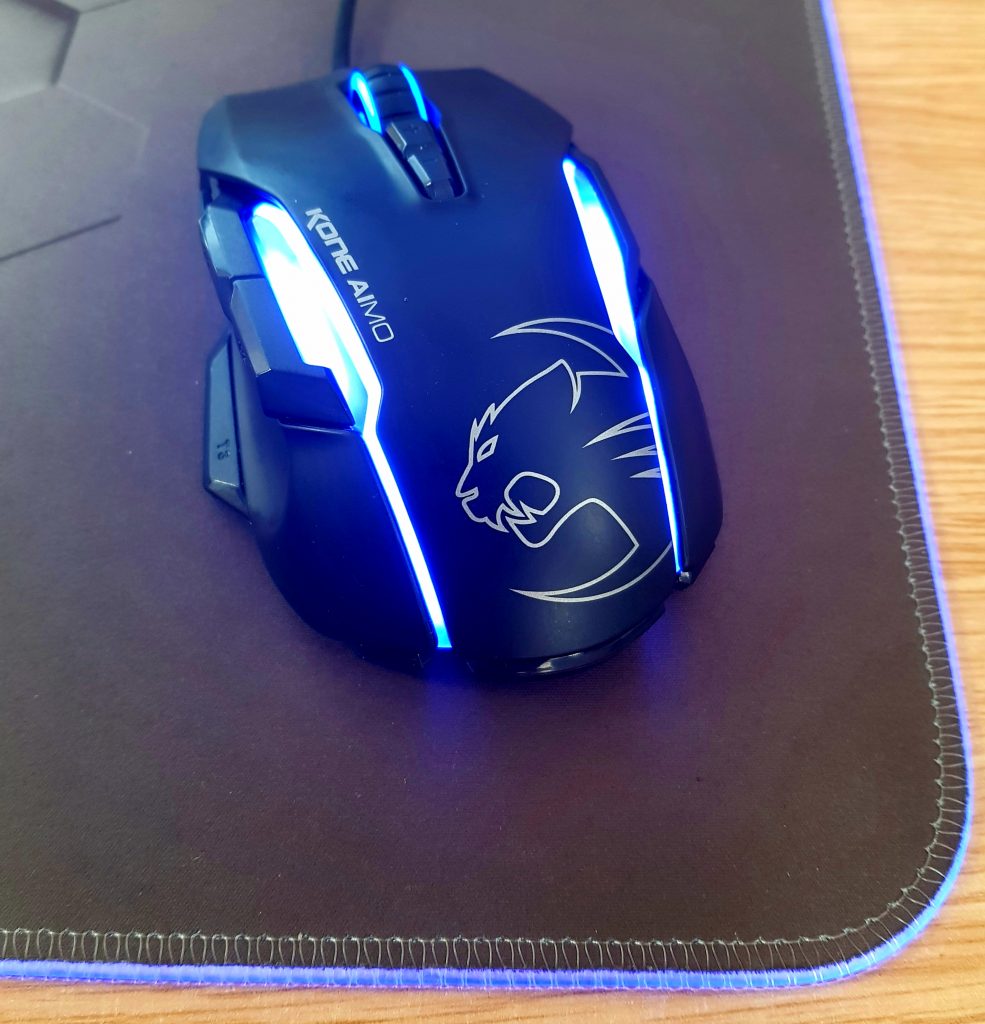 Unlike some of the other mouse pads on the market, such as those from Roccat and Razer, there is unfortunately no interactivity with the PC like the ability to have the mouse pad lighting react with games or to choose a different colour other than the preset ones.

Having been used to playing with a 3mm high mouse pad I did not feel any change in wrist height however I did have some uncomfortable rubbing on my wrists when gaming for a long time due to the rough nylon stitching around the outside.

The Speedlink Orios Gaming Mouse pad XL is certainly a whopper and I was really impressed by the sleek speedy surface which seemingly had just the right amount of friction to stop you throwing the mouse off the desk.  The edge lighting is a lovely little feature and creates a funky looking gaming boundary on the desk however it lacks a little in customisation and abilities.  With a price tag of €60 (£53) you are paying a fair bit for having lighting around the edge when a standard similar-sized mouse pad can be found for around half the price.  That said it does look pretty, the mouse glides well and it is a decent size, therefore, it receives a Thumb Culture Bronze award.

Disclaimer: A mouse pad was received in order to write this review.