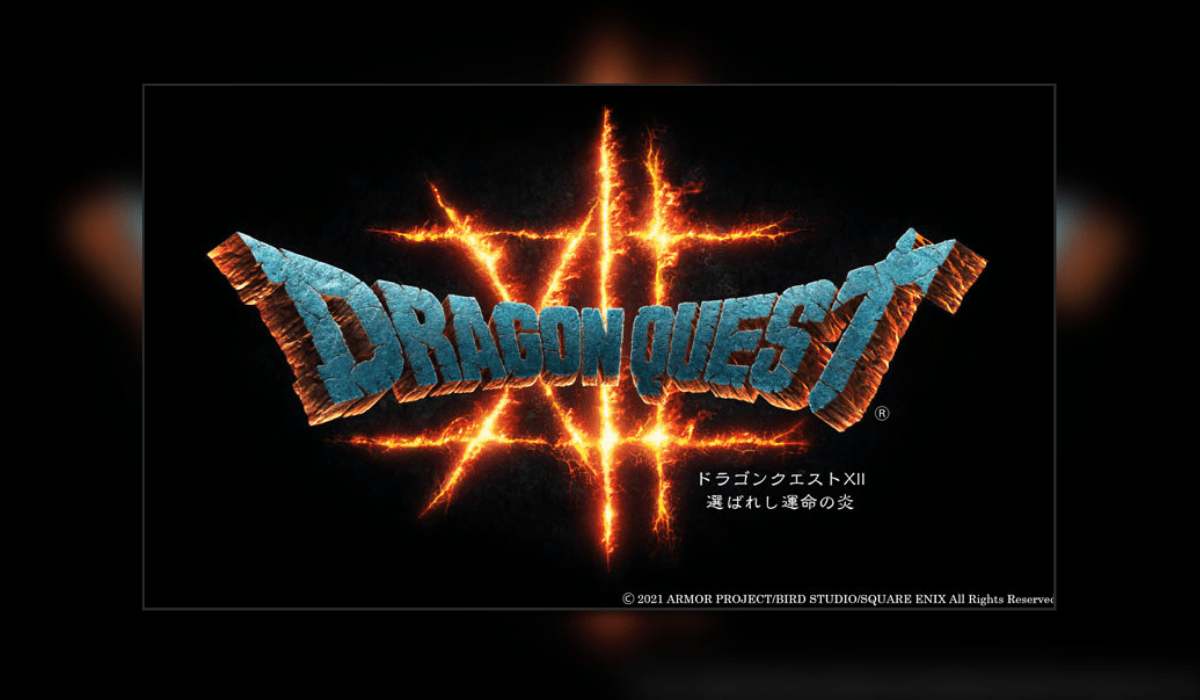 In celebration of the 35th anniversary of Dragon Quest, Square Enix hosted a live stream event to discuss current and future DQ games. During the live stream it was confirmed that the next main installment will be Dragon Quest XII: The Flames of Fate.

It’s no secret that Square Enix has been working on a new Dragon Quest, especially after the success of Dragon Quest XI. Back in January 2020, series creator, Yuji Horii tweeted about DQXII, stating that the game was still a ways away from release.

Other than the title and the logo, not much detailed information was shared about the game. However, based on the logo alone, this game is setting a much different tone than previous DQ games. Horii confirmed that DQ12 will be “darker” and that it will be a Dragon Quest “for adults.” In the logo trailer the narrator asks, “What is the purpose of life?” which seems to confirm the game’s more “mature” themes.

To explain the idea behind the question, Horii said that the game is about “having options” and that “you have to choose your own way on how to play.” In other words, characters will have to make decisions that could potentially change the course of the game.

DQXII has no set release date but Square Enix is aiming for a worldwide simultaneous release. Horii was unable to disclose what platforms the game would be released on.

While we wait for the release of Dragon Quest XII, now would be a good time to dive into its predecessor, Dragon Quest XI: Echoes of an Elusive Age, which is available for Nintendo Switch, Nintendo 3DS, PlayStation 4, Xbox One, Google Stadia, and PC.