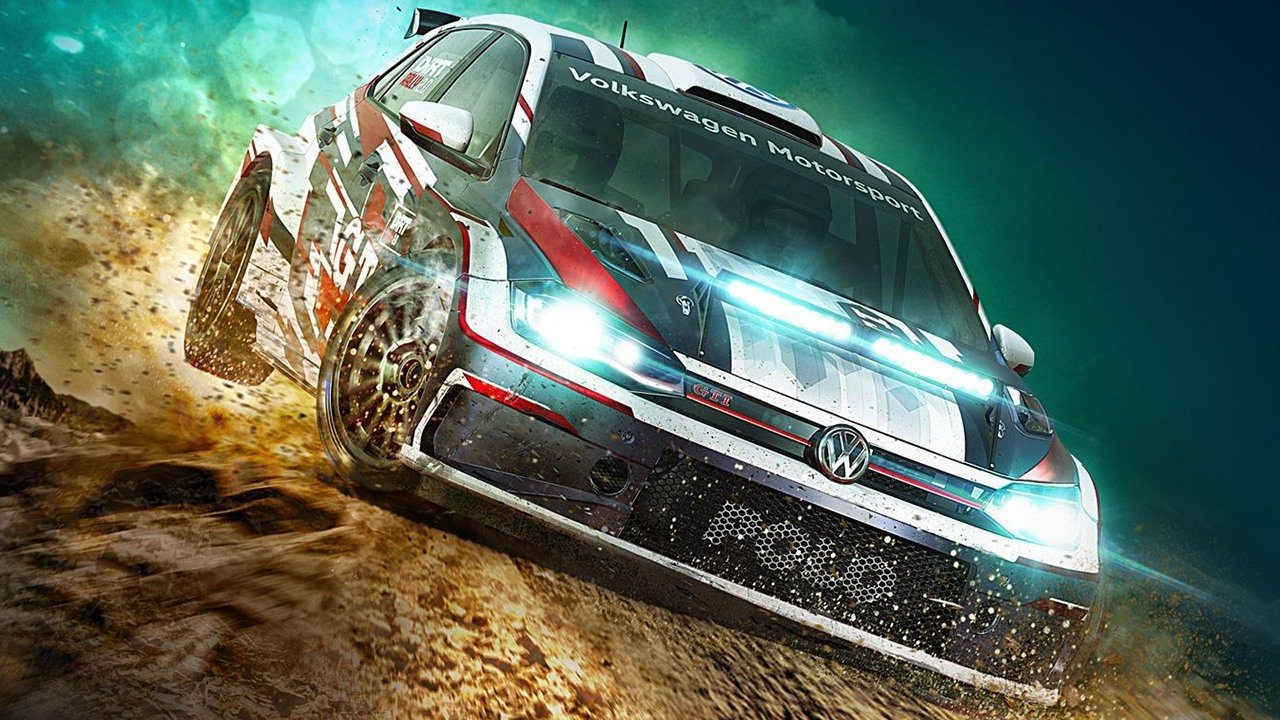 Do you want a rally game that is both immersive and entertaining? Well then look no further than Codemasters lastest release Dirt Rally 2.0, released on PS4, Xbox One and PC we return to the gravel tracks, asphalt roads and winding tracks.

Without teaching you to suck eggs, Dirt Rally 2.0 is an immersive and deep rally game that brings new elements to an already brilliant game (Dirt Rally).

I put a massive amount of time into the previous iteration, but was left feeling a little let down with the lack of post-release content, only a few rallycross tracks saw that mode let behind, but with Dirt Rally 2.0 we get 8 rallycross tracks and a whole bunch of new locations for you to race around.

Being the official racing game of the FIA World Rallycross Championship, you get to race in some beautiful venues such as Barcelona, Mettet, Silverstone and Hell.

Yes, there is a location called Hell.

So my thoughts on racing games are that you can race around whatever track you want but if the actual track action is poor the game will be destined to be forever left in the pile of shame. Thankfully Dirt Rally 2.0 is a great example of what racing games should be.

Pitched as the most authentic off-road experience ever released, we get new features such as track evolution, stage degradation as well as a new upgraded handling model see’s you throwing the car into corners and being confident that your tyres will grip, if they are slipping you can now change your tyres to suit your driving style.

Now onto the cars, you have a massive selection of cars to chose from, ranging from old classic vehicles such as the Mini Cooper S, all the way through to more modern examples such as the Ford Mustang GT4, even being able to take to the track in the Speedcar Xtrem which is essentially a dirt buggy

In terms of modes, you have both a Rally and a Rallycross championship that you can get stuck into, even down to selecting your team members, upgrading their abilities as well as hiring new members. If you want to dive into car tuning then feel free to change the camber angle of your tyres as well as changing the gearing of your chosen ride. There is a massive array of different options if you know what you are doing, otherwise, I would just leave this all as standard.

Included in Dirt Rally 2.0 there is a custom option where you can create your own solo or online championship, mixing together Rally and Rallycross you can add events at will and then bring your friends in on the action.

If you fancy a change of pace you can take part in Community Events including Daily and Weekly Challenges as well as AI Challenges, these giving you a bunch of credits depending on your performance and where you finish on the leaderboard. Points make prizes though.

Having given Dirt Rally 2.0 a spin using the racing wheel, it completely changes how you play the game. The rumble of going around the corners and nudging the walls adds another level of realism into the already great handling engine that is evident here. In short, if you have access to a steering wheel, get it set up and take to the hills!

Dirt Rally 2.0 is very pretty, the graphics are spot on, the cars are accurately rendered and the morph and deform in a realistic manner, although there have been some instances where I have rolled the car and you would have expected some body work to at least detach from the car, but all those pesky panels stay stuck to the chassis like glue!

If you get a chance to look away from the track for a second and check out the environments surrounding the track you are in for a treat, the landscapes are glorious, with an obvious change between different countries. Australia is very red and brown, whereas Poland is very green.

VROOM VROOM, POP POP POP, CRASH. Those are the sounds evident in Dirt Rally 2.0, obviously, they sound better in the game than written in text on a website, but you get the picture. The game sounds are something that Codemasters always excel in, being able to take the real-life vehicles out onto tracks to sample these sounds just makes the game even more authentic.

As with any racing game Dirt Rally 2.0 will rely on post-release content to keep it alive after all there is only so many times you can go around the same track and take on the same events. However, I think that Dirt Rally 2.0 has enough in the base game to keep you coming back to play the game for a good while, and with Codemasters releasing some details of the 11 weeks after March 12.

So as you can see there is already a decent amount of events and new vehicles coming to the game and hopefully, this will continue to improve the life of the game.

So Dirt Rally 2.0 is tipped as the most authentic off-road experience out there, and that claim definitely has some truth, with the new aspects of the game building on the previous games brilliant racing experience we might just have the best rally game since Colin McRae Rally

Disclaimer: We received a physical copy to carry out this review.