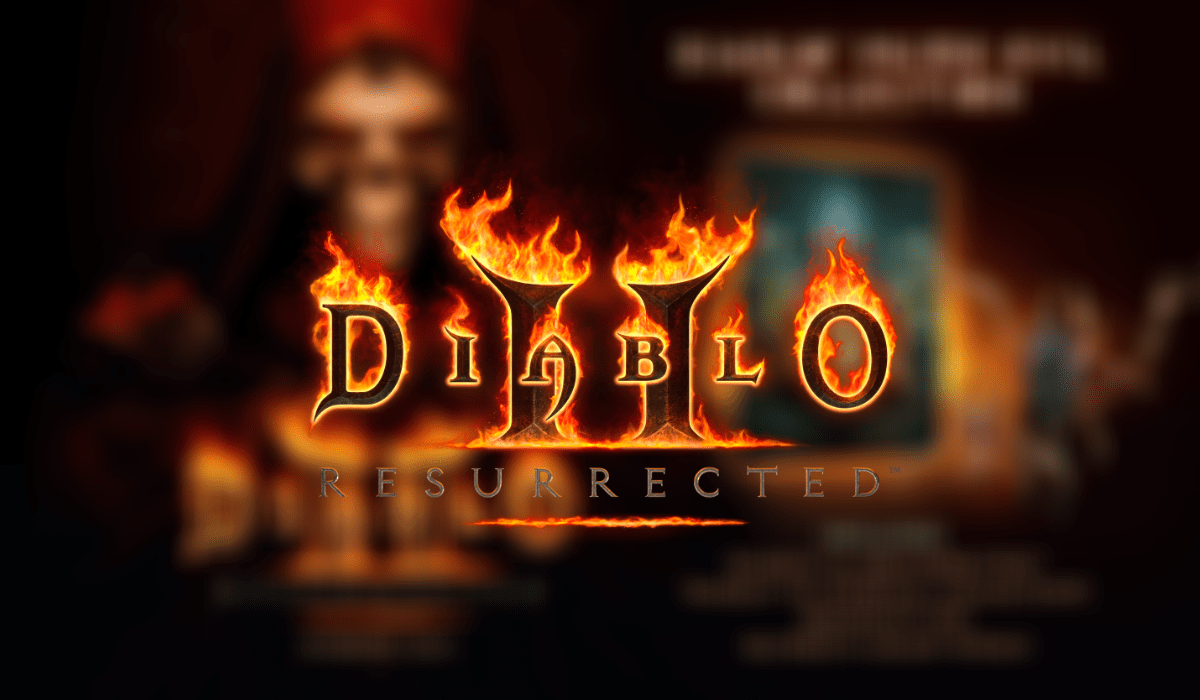 Here we are again, the dawn of a new day after Blizz Conline 2021. Some great news came out of the event yesterday, one that I am probably most excited about is Diablo® II. Blizzard confirmed the faithful remaster of this game will be coming in 2021 to PC and all current consoles. Those consoles are PlayStation 4, PlayStation 5, Xbox One Xbox Series X|S and Nintendo Switch.

The remaster will include both the main game and the award-winning expansion. Both will have “hauntingly” detailed high-res 3D visuals and Dolby 7.1 surround sound. All whilst preserving its timeless gameplay. There will also be a “legacy” toggle which will allow you to switch between the classic 2D look of Diablo II or keep the 3D remastered look.

Diablo II was hailed by Time magazine as “arguably the best role-playing game of all time, the best dungeon-crawler of all time and the best PC game of all time.”* Diablo II: Resurrected welcomes back veteran heroes and invites a new generation of players to experience the game’s sinfully dark storyline, thrilling loot chase, and visceral hack-and-slash gameplay with modernized visuals that take advantage of the latest gaming hardware.

Diablo II: Resurrected takes the 2D sprite-based classic and brings it into the present with full 3D physically-based rendering, dynamic lighting, revamped animations and spell effects—all stunningly delivered in up to 4K resolution.† All 27 minutes of the game’s classic cinematics, chronicling the journey of the mysterious Dark Wanderer, are being remade—shot for shot—from the ground up. The nightmarish sounds of Sanctuary and its memorable soundtrack have also been reinvigorated to support Dolby 7.1 surround sound. By leveling up the game’s audio and visual capabilities, Diablo II: Resurrected will showcase the depth of gameplay and hallmark designs that continue to entertain players around the world to this day.

I personally used to love Diablo I and II back in the day on the PC. Windows 98 and the early days of Windows XP. Man those were the days. No “fanboy wars”, no “Gorilla Glue videos” and no “Facebook”. Still, modern times have brought us great things such as raytracing, remasters of classic games and of course… This website! 😉

But, on a serious note, I am genuinely excited for DII:R. I will most probably pick it up on the Switch if the price is right. On the Blizzard shop the pre-order shows for £34.99 which is pretty reasonable in my opinion. There’s also news about Diablo IV which will be live on the site today.

In the meantime, if you want to sign up for the PC alpha test for Diablo II: Resurrected, check out the site here. Below we have the trailer, let us know in the comments your thoughts.