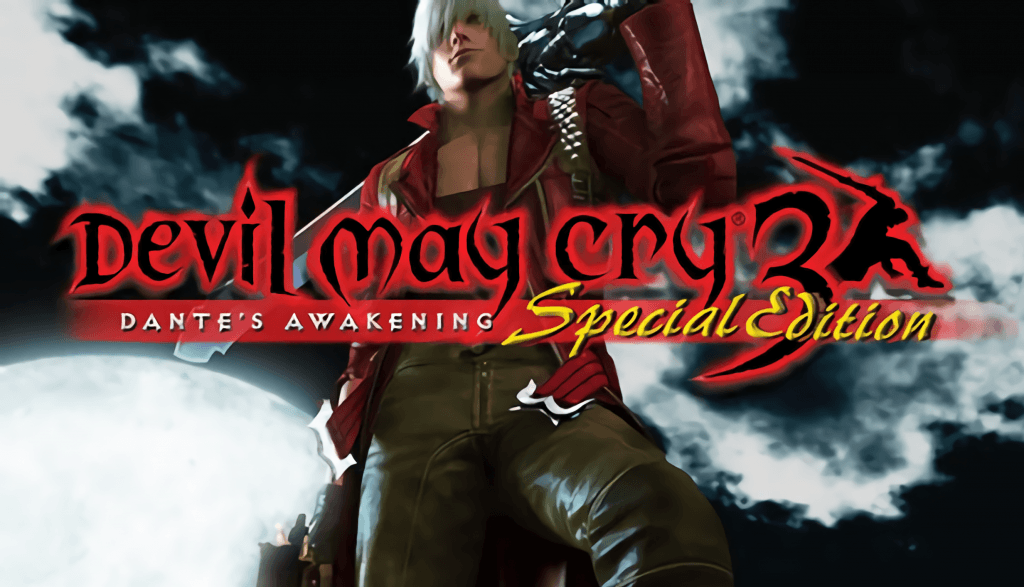 Fans of the hack and slash genre have enjoyed a slew of games over that last decade and now, icons such as Bayonetta are inherently linked with the genre. However, over the last year, Capcom decided to re-introduce the architect of the genre: Dante.

On the back of the success of the fantastic Devil May Cry 5, Capcom has re-released the classic, and long considered the best hack and slash game: Devil May Cry 3, but will it evoke the inner demon or should have it been left back in 2005?

Acting as a prequel to Devil May Cry, this makes the game easily accessible to new fans of the franchise. Although the narrative isn’t the game’s selling point, it does tell an engaging story with incredibly slick action sequences and one-liners that have been taken straight out of a classic action film from the 90s.

Like others in the series and genre, the game has a scoring system that ranks you after each mission. This takes into account the amount of damage taken, orbs collected, completion time and style. Yes, style. This is where the game truly shines. Even though the game was released way back in 2005, the mechanics and combat are not dated in the slightest. Dante’s movement and attacks are responsive, which is vital for a game in this genre.

The game comes with the option of playing in the original form (classic mode) or in the new and improved freestyle mode. In the classic mode, you can switch between Dante’s six combat styles at the start of a mission or at the Divinity Statues which are dotted around the map. Having to choose a style and stick with it through the majority of the mission limits the possibilities and as a result, makes the game feel dated in comparison to modern takes on the genre. However, do not worry, this is the Special Edition of Devil May Cry 3, and that special element is the inclusion of the freestyle mode.

In freestyle mode, you can utilize all of Dante’s arsenal on the fly, with just a press of the triggers and/or D-pad. Not only does this bring the game inline with modern iterations, but it also improves on a classic and reinvigorates the combat, allowing fans of the original to develop new ways of tackling a game they adored.

The design of the game is incredible. From vast gothic towers to Lovecraftian creatures, the game is a masterclass in design. Unfortunately, the issues lie with the graphics. This is obviously a PS2 era game and this is evident when playing, especially when the system is docked. In handheld, the game looks much better and this is how I imagine most people will play the game. The only issue here is that the Joycons are not the best controllers to play a game like this.

The menus are straight from the original game and some parts are still in the 4:3 aspect ratio. This doesn’t give off the best first impression when you first load up the game, then again, neither do the graphics of the first cutscene. Judging by this, you may think that this is a lazy port, but I beg to differ. The changes to the gameplay are more than worth the price of entry. Not much love has gone into the user interface but don’t let that put you off.

The hack and slash action genre is synonymous with cheesy rock-inspired soundtracks. Although typical, the soundtrack is a nostalgia trip back to a time when the genre was at its peak. It’s exactly what you’d expect but sometimes, that’s all you want.

Each mission is ranked. After completing the game, the enthusiast will want to go back and S-rank each mission. Due to this, there is a lot of replayability with Devil May Cry 3. The game also includes the fantastic Bloody Palace mode, a survival mode that has 9999 levels to progress through. However, as I said previously, this is the Special Edition so added is a co-op mode for Bloody Palace which will keep gamers coming back for more.

Devil May Cry 3 Special Edition takes one of the best hack and slash games and improves it. This is undoubtedly better than the original, however, a little more love could have gone into updating the UI and graphics. For fans of the original, the freestyle mode is more than enough reason to replay this, and if you haven’t played this before, don’t let the graphics put you off as this is one of the best games in the genre! As a result, I award the game a much deserved Thumb Culture Gold Award.