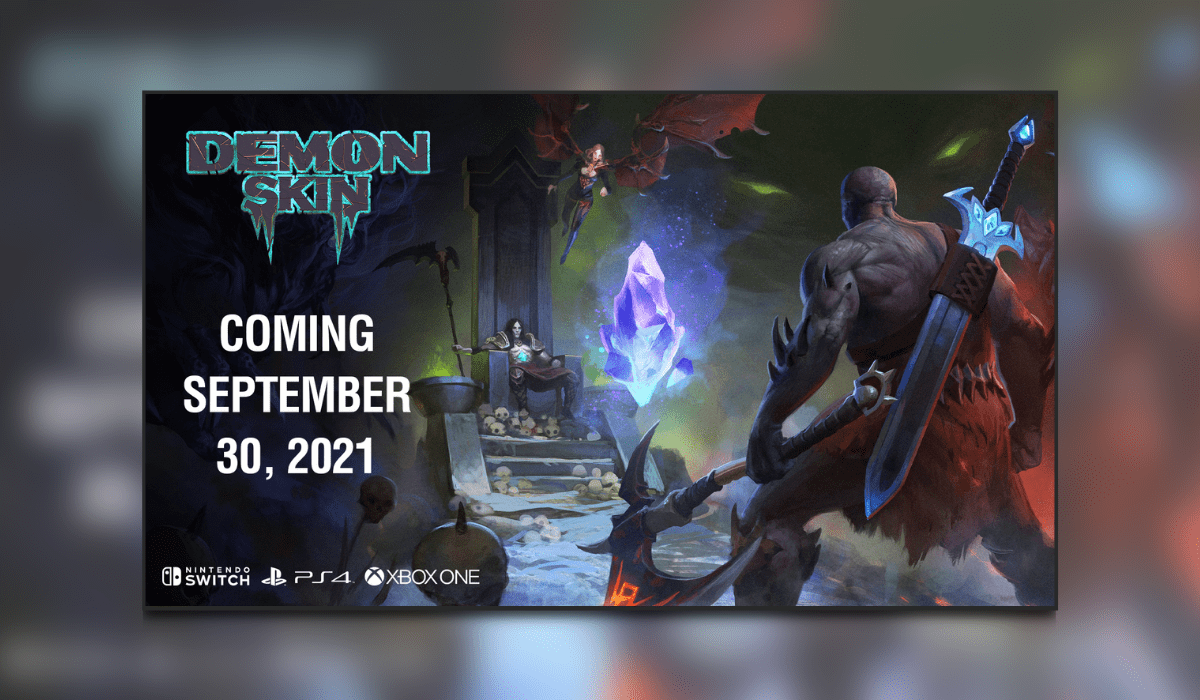 Demon Skin, a brutal hack and slash game on PC, has been announced to have a console release date of September 30th 2021. The game will come to PS4, Xbox One and Nintendo Switch later this year.

There’s also been a whole load of improvements to the PC version. Read the press release below:

Moscow, Russia (06 May 2021) – Having carved up a storm on PC, brutal 2D hack-and-slash adventure Demon Skin will be arriving on PlayStation 4, Xbox One and Nintendo Switch on 30 September. And that’s not all: publisher Buka Entertainment and developer LUDUS FUTURE are also pleased to confirm that console players will experience a deeper, richer adventure thanks to the inclusion of a new playable chapter.

This bonus addition, accessible part-way through the main adventure, will hurtle players into the past to explore events before the game’s cataclysmic opening scenes. Battle-scarred players who are already enjoying Demon Skin on PC will be able to freely access the new prequel chapter from the end of June, with console players set to receive the full experience on launch day.

Ahead of the new chapter, PC players can already enjoy a host of improvements that have been added to Demon Skin based on player feedback. Patch 1.0007 is now live and introduces various fixes and updates including added save points, remapped gamepad controls, extra combat animations across multiple weapons, dialogue skip options, an all-important character death counter and much more. The full list of improvements is available here: https://steamcommunity.com/games/1522140/announcements/detail/3065239561546493934

Demon Skin is available now on PC and is coming to PlayStation 4, Xbox One and Nintendo Switch on 30 September 2021.

Let us know in the comments if you’ve played or are looking forward to the console release of Demon Skin. Check out the reveal trailer below.