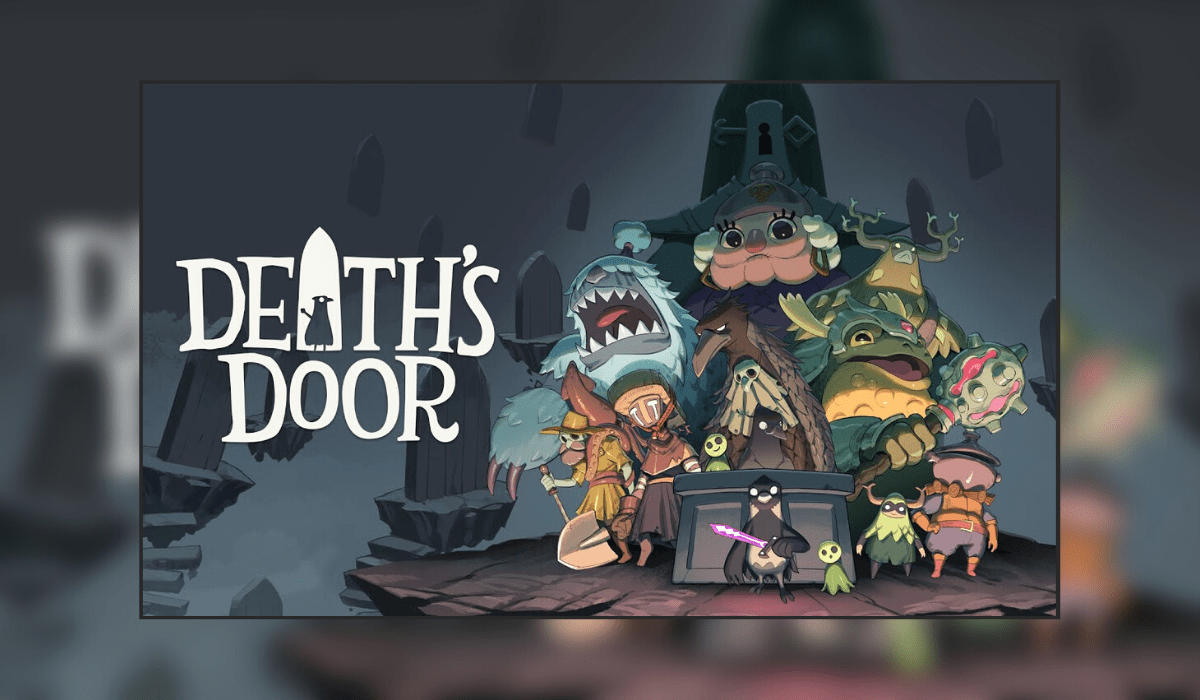 From the publishing giants Devolver Digital, under the development of Acid Nerve comes Death’s Door. What we have here is an isometric adventure game where you play a reaper of souls – a crow. Your job is to go from door to door collecting souls from those whose time is up. With a very nice game world, multiple areas, and paths, Death’s Door is shaping up to be one of the breakout indie games of 2021. How did I get on with it? Carry on reading to find out just what I think of this one.

I played Death’s Door on the Xbox Series X thanks to an early review code we were provided. The release date for this one is the 20th of July. How many of you will be playing it? Let us know your thoughts down in the comments after reading this short review. If you like this review you can check out my previous review for Radio Viscera here. As always you can catch up with me and the rest of the team over on our social media links down at the bottom of the review. We’re very active there and would love to talk to you.

You get off a bus at reaping commission headquarters. Go up what looks like an MC Esher painting of stairs to the Hall of Doors to talk to Darwin the Vault Keeper. He then gives you the assignment to go through a door and reap a soul. A door appears and you go through it into the grove of spirits. You’re equipped with a standard “Reaper sword” and a bow. While you make way through the level you quickly get thrust into a tutorial of sorts. Here’s where you learn how the game works regarding movement, switches, and puzzles before coming into contact with the first boss. I guess you could say, could be a mini-boss but it’s big and takes some hits.

Now you’ve defeated the boss you earn your first soul…until a big crow appears and knocks you out, stealing it. You exit the Grove of Spirits into the Lost Cemetary. Making your way through here you fight some more enemies until you come across a door that leads you back to The Hall of Doors, these doors are our checkpoints if you will. The Hall of Doors is our kind of hub world. A little way through the Lost Cemetary you meet another NPC called “Steadhorne, the Gravedigger”. He teaches you how to use a couple of more powerful attacks, but this is where the tutorial ends and the game starts. You’re on your own now, with only the characters you meet along the way to guide you.

While wandering around the Lost Cemetary you’ll soon realize that this is another hub world, with branching paths leading to various bosses you must defeat to progress on with your story. You will soon come into contact with the big crow again who will apologize for knocking you out and stealing the soul you reaped and will explain the reasons why, I won’t reveal that here though as it’s the main bulk of the story, and we don’t want to spoil anything for you. Making your way through the Lost Cemetary you will find a lot of branching paths, some of which you may not be able to access just yet as you will need a new ability to do so.

Weapons can be found hidden about the world that can just be collected. No need to purchase any weapons, not that you can, but it’s still nice. Defeating enemies will earn you souls, which can be traded with Darwin the Vault Keeper in the Hall of Doors for upgrades to your base stats. These are Strength, Dexterity, Haste, and Magic. Each upgrade will go up by 100/200/400 souls etc each time you upgrade. But that’s not the only thing you can do here, upon learning new abilities you will be able to access more areas in the Hall of Doors which hide new collectibles for you to acquire.

Health regeneration is handled really well in this game. You have to collect seeds through the environment which you can’t use straight away, instead, you have to wait until you find a plant pot to put the seed in and a flower will spawn for you to collect and replenish your health. Here’s the part I found cool though. The flower will wilt once you have collected it, but it will permanently remain in the pot, so if you’re passing through that area again, the flower would have re-grown ready for you to collect again. From what I can tell this can be used over and over again, meaning you create your own health pick-ups in a sense, which is pretty innovative in my opinion.

This game looks beautiful, with very detailed environments for a top-down game, with charming background music and sounds. Traveling from area to area to area is quick and doesn’t take you away from the game for long at all. I will say I noticed a little bit of frame stutter and slow down while playing. That could be down to this being a pre-release game with no day one patch. I’m sure this will be sorted when the game releases. The overall art style of Death’s Door is very nice.

The audio is very fitting, the soundtrack is incredible. It’s tranquil and accompanies the game well, while also changing up when needed to fit the scene you’re involved in at the time. All the little sounds you hear in the environment really draw you into the adventure more. I had zero audio issues while playing. The sounds coming from the player character, be it attacking, dodging, or hitting an enemy sound really crisp and sharp.

Death’s Door will take a while to fully complete, there are a few main paths you need to take with a lot of exploration in between, I’ve played quite a bit of it so far and I don’t even feel like I’m halfway through at the point of writing. There are many collectibles for you to discover, and many hidden paths also. I can see the player being busy with this one for a while.

I really enjoyed my time playing Death’s Door I will be completing this one over the coming days as I am absolutely taken in by the settings, the sounds, and the gameplay. If you’re a fan of Zelda-like RPG games I highly recommend picking this one up. I think you will have a lot of fun with it as I have been. For this reason, Death’s Door earns the Thumb Culture Platinum Award. There is not a thing I would change about this game at all, it all works so well together to create a gripping story and lively environment. I will leave you with the gameplay trailer down below.

One thought on “Death’s Door Review”