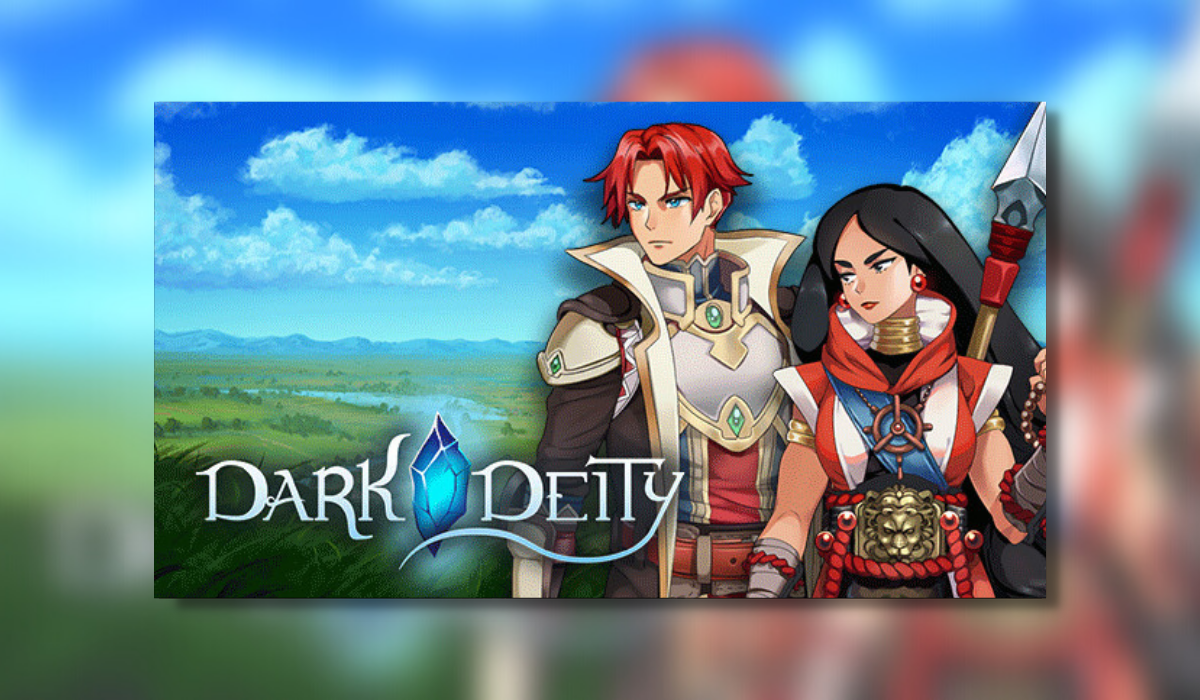 Developed by Sword and Axe and published by Freedom Games. Dark Deity is a tactical role-playing game that was first released on the 15 of June 2021 for the PC. It was later released for the Nintendo Switch on the 17th of March 2022. It’s been rumoured to be inspired by the Fire Emblem series so let us find out in this Dark Deity review and find out if that’s true.

For as long as I can remember I’ve always been a fan of RPGs. I still remember the original Final Fantasy being one of the very first games I ever played and also remember it being the hardest game ever. There’s something about RPGs that just suck people in.

Maybe it’s because they can be relaxing and a great way to pass the time. For some, it’s also the amazing stories that bring players together as they go on an adventure that can last months.

Dark Deity has taken huge inspiration from the Fire Emblem series but with not having played a Fire Emblem game before. There weren’t really any expectations for me going into this game and I’m really glad I didn’t. So let’s crack on with this Dark Deity review, shall we?

If you enjoyed this review then why not check out my previous one here. You can also catch up with what the rest of the Thumb Culture team is up to on our social media.

There are so many RPGs out on the market right now that it’ll make your head spin. But I’ve always loved this genre and play it as much as I can. Now the first thing to know about Dark Deity is that this game 100% takes inspiration from the Fire Emblem series. Well, the word inspiration would be putting it lightly because it nails every aspect of it.

Now I’m not saying it’s a bad thing because the game does do its own thing. Just keep in mind that if you’ve played Fire Emblem then you’ve played Dark Deity. The game starts off with a very atmosphere as the ruler of the Delian Kingdom, King Varic, has started a war that he wasn’t prepared for.

So it’s down to some young graduates from the academy to take up arms and serve their king in combat. Hell, even if a student hasn’t graduated from the academy they are just thrown on the front line. The story can drag on a little and with the lack of voice acting it can make for some longer play sessions but the gameplay itself makes up for all that.

The battle system is made upon a grid-based tactics style. This type of battle system has always been a hit or miss with players. They either love it or hate it but it’s actually quite fun when you get the hang of it. Just make sure to take the tutorial or it just makes no sense whatsoever.

Now I’m not sure if this was hindsight by the developers. But certain characters and the way you place them on the battlefield can make for a very easy game. Even bosses won’t be a problem but just experiment with the characters and you can turn that easy game into something more challenging. There are over 30 playable characters in the game so you won’t get bored with mixing things up to your advantage.

Level Up Up Up

Each battle starts with four characters on the grid and they all have different weapons that can be used for the various different weaknesses the enemies have. One of the big things they take from the Fire Emblem series is the use of permadeath. This means when a character is defeated in battle then they remain playable, but gain a permanent wound that costs them a random stat point. This still punishes players permanently for losing a character. But lets players decide to continue fighting if they think that the trade-off is worth it.

Just like all the other RPGs in the genre, levelling up is the main aspect of the game and Dark Deity actually makes it fun. There’s just something about levelling up someone and seeing their stats grow as you feel like you grow with them. But there are also the weapons that need to level up and that is done by using class tokens. Each weapon has 4 tiers that need different rarities of tokens.

Once you upgrade a weapon twice it will advance to the next and take it from experience. Get those weapons levelled up as fast as possible. But as said before it’s entirely up to the player on how they want to approach the game. Make it easy or make it challenging.

Now for me, this is where the game goes a little downhill. I love old school pixelated graphics having grown up with 16-bit and 32-bit systems. But there’s just something about Dark Deity that is off. The animations seem a little choppy and the cut scenes you have when characters are talking are very appealing with some impressive artwork. It just feels lost compared to the battle grid and the map overview which gets a little confusing at times.

The same can be said for its audio. What little voice acting there is can be charming and witty but the general music and soundtrack are very poor. There is a lack of tracks for my liking and it’s not long before you keep hearing the same tunes repeated over and over again.

There is plenty to do in Dark Deity apart from the main story. Just like all the others in the same genre, there are side missions and a few extras here and there to keep you going just a bit longer. The main story itself has a lengthy playtime and will probably set you back around 30 hours. But that just depends on how familiar you get yourself acquainted with the game.

If you’re a completionist like me and need to complete every mission and side quest. As well as everything else the game has to offer then you might be looking at the 40 hours mark. So if you have an itch for an RPG that can keep you going for lengthy periods at a time then look no further.

My final thought on Dark Deity is that the game can sometimes feel like a copy and paste of the Fire Emblem series. There is taking inspiration from a video game. Then there’s just making one so alike another that it just gets weird. While occasionally it does do its own thing. I just think if the developers took a different approach then it would have been more than just a knockoff.

So that is why I am going to give Dark Deity the Thumb Culture Silver Award.

One thought on “Dark Deity Review”