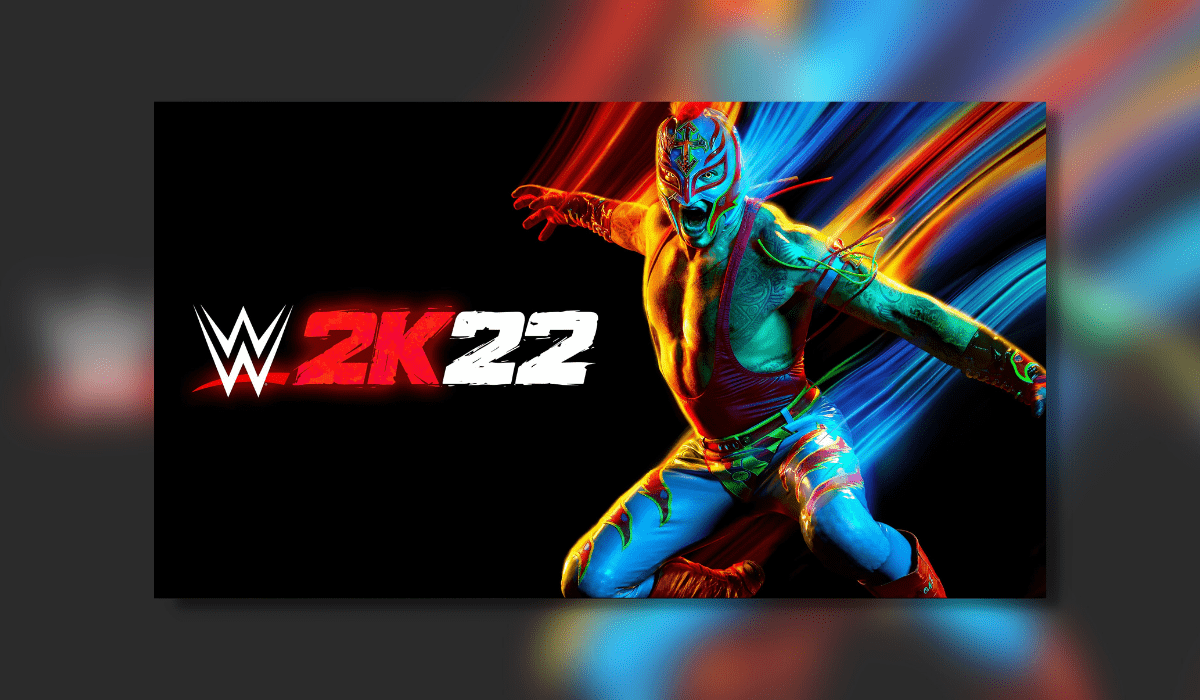 Developed by Visual Concepts and published by 2K Games. WWE 2K22 is the latest instalment in the 2K wrestling franchise. It was released on the Playstation 4/5, Xbox One, Series S/X, and PC on the 8th of March 2022. Is it as bad as the previous entry in the series? WWE 2K20 was regarded as the worst sports game ever released so surely things have gotten better right? Let’s find out in this WWE 2K22 review.

WWE 2K22 – So Close To The Greatest Sports Game In Entertainment

No matter how old you are there is something about professional wrestling that just draws you in. Especially when it comes to wrestling video games we all have to release our inner child and what better way to do that than with the latest instalment in the WWE 2K franchise.

Now we all know the last game that was released is up there as one of the worst games ever but back in the day of the 90s and early 2000s there were some brilliant wrestling games. So let’s get the big leg ready and remember to take our vitamins and say our prayers in this WWE 2K22 Xbox Series X review.

As usual, if you enjoyed this review then why not check out my previous one here. You can also catch up with what the rest of the Thumb Culture team are up to on our social media.

After the absolute shambles that was WWE 2K20. It looks like developers 2K went back to the drawing board with this latest instalment. It feels like a completely different game. Every single aspect of it is miles better.

Even the UI is just so much simpler to use. The game did have a little rocky start at launch with servers not working but they were quickly fixed which says that the developers really care about this project. The roster of WWE 2K22 is absolutely huge with over 220 superstars.

There is the usual play a match where you can just choose any kind of match from a single one-on-one to the ever-popular Royal Rumble. Another thing that has had a total do-over is the combat system and how you execute moves. It can take a little getting used to especially as the previous games have always used the same buttons.

Speaking of the controls, they just feel more fluid and smoother like you just know every punch or kick is going to land right. Some of the superstars can make it feel like your fighting underwater but I think that just adds to the realism of bigger wrestlers being harder to control.

There were always two game modes that fans really wanted to see done better and they were MyRise (Career Mode if you will) and MyGM. The MyRise mode is great. You start off by creating your own character that can be either male or female and rise them through the ranks of the WWE. The story is actually quite engaging and really makes you want to win matches. It does have its silly moments but then again what is the WWE without some over-the-top storylines.

MyGM mode is a little confusing in I’m being honest. There is a lot to take in as you actually draft superstars and give them a set wage while also trying to stay on their good side. The mode is all about setting up the best matches and pulling in the most crowds. Your goal is to beat the opposing brands in a rating war. But be careful as money is tight so it’s ok signing a star like The Rock for a month but not having any money to pay some of your superstars.

Now the one game mode that really stood out for me is the MyFaction game mode. This mode is fantastic and you can quite easily forget about the rest of the game because you are concentrating too much on this. MyFaction is basically the equivalent of Ultimate Team in FIFA or Madden. You start off with a starter pack of wrestlers and choose one of the three different game modes it has to offer. Each day holds different challenges as well as weekly with the weekly one offering better rewards.

Assign contracts to your superstars so they can compete and you can also give them some buffs as well that come in handy against the more difficult foes. After each match, you are given coins as a reward and you use that coin to open packs from the store to build up your superstar roster. This mode for me is fantastic and I highly recommend it but yet there are more.

Universe mode is also an option where you take a superstar from any brand and guide them to glory with rivalries and story arcs that have happened in the WWE universe. It’s a fun little game to pass a few hours but there are other game types that are better. Well for me anyway.

Now it wouldn’t be a sports game without some online multiplayer action. Online is also fun as you can create your own lobby with some friends or just use the matchmaking tool to fill up slots. It did have a rocky first few days with servers being down but now everything seems fine and the few times I played. It was absolutely fine without any lag which I was surprised at.

The graphics on the Xbox Series X are absolutely fantastic. I’m not gonna say every superstar looks exactly alike because the lesser know stars are. Well, let’s just say they could have done a little more work. But the main big stars look amazing with sweat and hair and you can even see the damage it takes on the wrestlers as well after they have had a good beating.

The walkouts, the crowd, the pyrotechnics that goes off, everything looks really well done and easily the most lifelike in the franchise. The audio is also a step up from past entries. The voices actually seem like they are in sync when the wrestlers move their lips. The soundtrack is great as well with some awesome tunes by the likes of Machine Gun Kelly and Motorhead.

With the amount of content that this game has to offer you are in for one hell of a ride. It’s really hard to put a stamp on how many hours it would take to get everything that the game has to offer because of weekly challenges among other things. It could take months or hell even years. My advice is to just pace yourself. Each mode has its own reward for playing it not just gaming-wise but mentally as well.

My final thought towards WWE 2K22 is that the difference between this one and the previous instalments is night and day. Each game mode is great and it always pushes you towards that one last game. It is every wrestling fan’ dream come true from making matches like The Rock and The Undertaker to dream matches like The Big Boss Man and Rey Mysterio.

You owe yourself as not just a fan of the WWE franchise but as a game so that’s why I’m going to give WWE 2K22 the Thumb Culture Platinum Award.