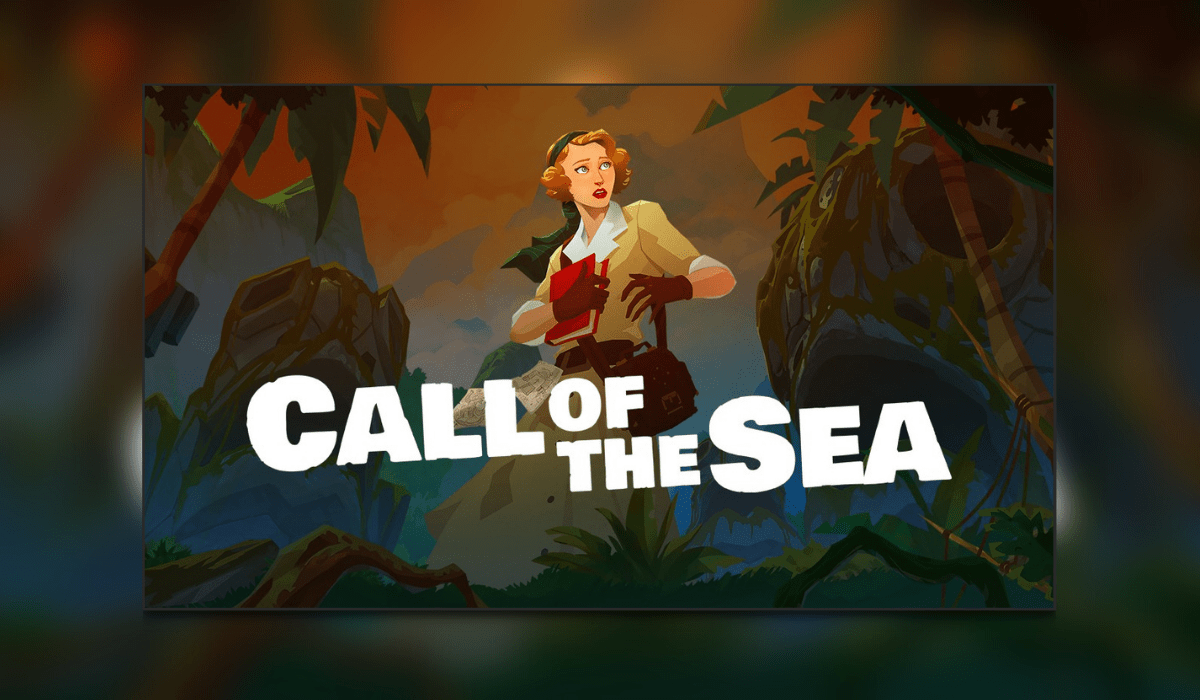 Call of the Sea is the debut game from Out of the Blue Games. It has a distinct art style that evokes titles like BioShock, Sea of Thieves and Firewatch. Speaking of the latter, the star of Call of the Sea is Cissy Jones; famed for her work on Firewatch. Jones plays Norah Everhart, the protagonist of the game. Norah has set out on a mission to find her missing husband, Harry, who is exploring the world to find a cure for Norah’s mysterious illness.

From the introduction, all that we really know is that this illness is manifesting itself in strange markings on Norah’s torso. However it’s quickly revealed that this illness led to the death of her grandmother, mother and implies a slow decline for Norah herself. As we arrive with Norah she has tracked her husband down to a mysterious island, and she’s granted 2 days in order to locate him before the cargo ship will return past the island to pick her up.

Somewhere you hear the Call of the Sea. Somewhere waiting for me.

Call of the Sea immediately caught my attention when it was revealed at Microsoft’s Xbox Games Showcase. Fortunately because of this reveal it’s yet another title that’s landing on the Xbox Game Pass service. What caught my eye though is the art style, and the nature of the gameplay. I am a huge fan of puzzle games to begin with, but being set in a vibrant landscape with a very artistic style really ticks the boxes for me.

I’ve mentioned in a few games of late that art style is important to me. I know for some, people need those photo-realistic, fully immersive visual showcases. I’d be keen to hear below your thoughts and which art styles you prefer.

Call of the Sea is effectively a first-person puzzle game. Each chapter is an open sandbox with a series of small puzzles, that in turn lead to the final puzzle. Solving these will allow you to progress to the next chapter. These final puzzles get more and more extravagant as you reach the centre of the island. To avoid spoilers however I am going to primarily focus on the opening section of the island, which is almost the tutorial for how the game will play out.

Stepping foot on the beach from your rowboat, Call of the Sea starts off with a lot of mystery. You’re immediately able to start exploring and rummage around the various items left by the previous expedition. Some of these items are merely collectables, or rather lead to entries in your journal to flesh out the lore. Some, however, are key to the puzzles around. The opening area finds you needing to work an Aztec looking bridge over some water, it appears to be controlled by a rudimentary combination lock. As you explore this space you start to see familiar markers representing different aspects of the island. The water, the air, the wildlife all have different symbols that become relevant to this puzzle.

This first area, naturally, is also the easiest one of the lot too. You need 5 symbols and their order. But later on, the puzzles have a lot more layers to them including a variety of mechanics. I guess if you’ve played games like The Witness, you probably know what you’re getting yourself into with puzzles that slowly ramp up the difficulty. Unlike The Witness though, you’re not going to need a PHD to solve the islands larger secrets.

Of course, the story plays a big part in this tale. No spoilers here, but that mystery kept me engaged throughout and even leaves you with a choice towards the latter half of the game. This was unexpected but very welcome and the very final scene can play out very differently depending on your path.

I’ve mentioned before with games like The Falconeer that I am a sucker for this style of art. Call of the Sea evokes the same vibe given from Firewatch, Sea of Thieves and the aforementioned The Witness. Incredibly detailed in terms of debris populating the world but with a certain cartoony flair. Games like this will age incredibly well; Sea of Thieves is now approaching its third birthday and still looks amazing in action.

On top of the overall look and feel of the game, you’re occasionally presented with some deeper narrative moments. These come in the form of smaller, animated sections taken from reading out letters from Harry. They’re not full-blown 3D animations but feel like Norah’s mind interpreting the words on the page and really suit the style. It’s unfortunate really that I believe these moments are easily missed if you’re not finding every scrap of paper lying around the world.

Speaking of these letters, they form the only other voice acting in the game. Harry is voiced by Yuri Lowenthal who does an excellent job, but isn’t often given much to do given the nature of Norah’s lonely expedition. Of course, there’s plenty of musical cues throughout the game and with sound effects that really suit the atmosphere.

Call of the Sea will clock in at around 6 hours; however, does feature a chapter select to help you keep track of collectables. Even with this in mind, I can’t imagine a full completionist run taking any more than 8 hours.

That being said this is a very dense 6-8 hours. Very few areas feel empty of things to do or nooks and crannies to explore. Admittedly though I cannot see myself replaying the game, as one of the key driving forces behind games like this is of course the puzzles. I don’t see myself forgetting the solutions to these puzzles soon, which in turn means I’m likely to be able to blitz through the game a lot quicker.

Call of the Sea was a wonderful experience. The story left me satisfied and some of the puzzles had me picking my brains. If you’re a fan of self-enclosed, puzzle adventures then this is definitely a game you should check out.

I’m giving Call of the Sea the Thumb Culture Gold Award. It’s well written, well-acted and had me hooked from start to finish. 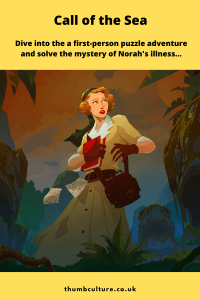