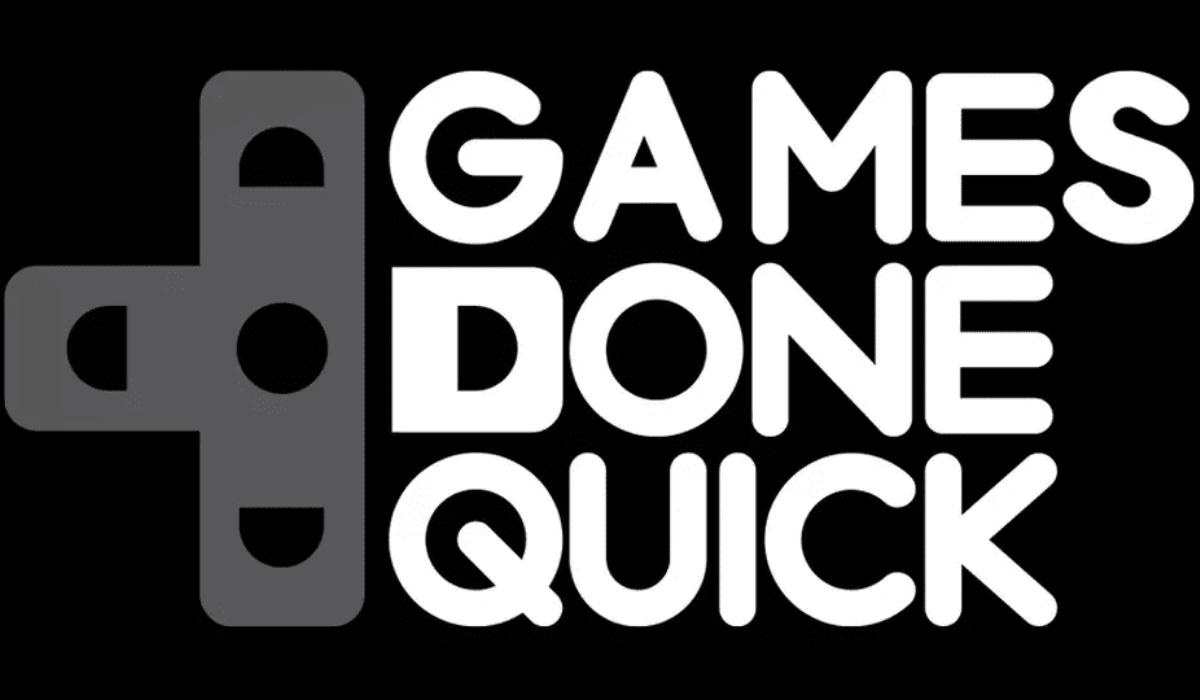 What is speedrunning? Why is it so popular? How do I get into it? What are the benefits? These are just some of the questions that regular speedrunners get on a daily basis and depending on who you ask the answer will be the same. Speedrunning has been apart of gaming culture for longer than people think.

It goes back to the early 90s where competitions would be held to finish a certain level of a game in an allotted time or by completing an objective within a level as fast as possible. Going back to 1990 at The Nintendo World Championships players were given the objective to beat 4 levels in 4 games as fast as possible.

Even in the UK in 1993 with the first episode of the TV show Gamesmaster. The Gamemaster would set challenges to a lucky player to finish a level of a game in the fastest time possible. Now as to the question of why do people speed run?. Well, some will say it’s the thrill of finishing the game quickly and some will say it’s to get revenge on a certain game that they couldn’t beat as a child. So they aim out to break the game by exploiting bugs and glitches to finish them.

Runners will pick a game that will be popular or they can pick a game that is obscure. They can spend weeks if not months combing every inch of every level to perfect the game and finish it as quickly as possible. What can make a speed-running appeal to players is the ability to finish a run by completing certain objectives?

How Is It Done?

It can be by completing the game 100% which is not really a favorite category for some runners to completing a game Any%. This is the most popular because it gives you the opportunity to break the game by using bugs and glitches to finish it. That’s where the fun can begin for some runners as they love finding new ways and new strategies they can exploit.

The most popular game to speed run is the Mario franchise and Super Mario 64. Being the Number 1 speedrunner in that is like the holy grail of speedrunning. I think the Mario franchise gets a lot of love as it’s easy to get into. With the earlier games on Nintendo it’s possible to beat them in under 5 minutes. Sounds crazy but with practice, it is easily done.

During the course of the last 10 years, speedrunning has become extremely popular with the community. As a whole growing to over one million players. Its popularity has spawned an event called Awesome Games Done Quick or AGDQ as it’s known. There is also Summer Games Done Quick (SGDQ) which is an event that happens every year. Where speedrunners from all over the world compete to raise as much money for charity as they can. Check out the Games Done Quick website here for awesome content.

As a former speed runner myself. If I would give any advice to anybody wanting to get into the art then just start out with a short game. One that you can complete in under 10 minutes. The NES seems to be the console to go-to for the sort of games and just be patient. It will take time but setting yourself a goal of betting your old time after each playthrough will give you that incentive to push on further.

If you enjoyed this article then why not check out my latest post here. You can also check out what the rest of The Thumb Culture team are up to on social media 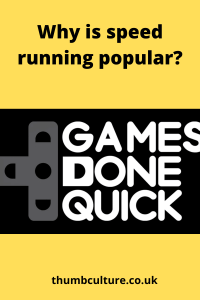