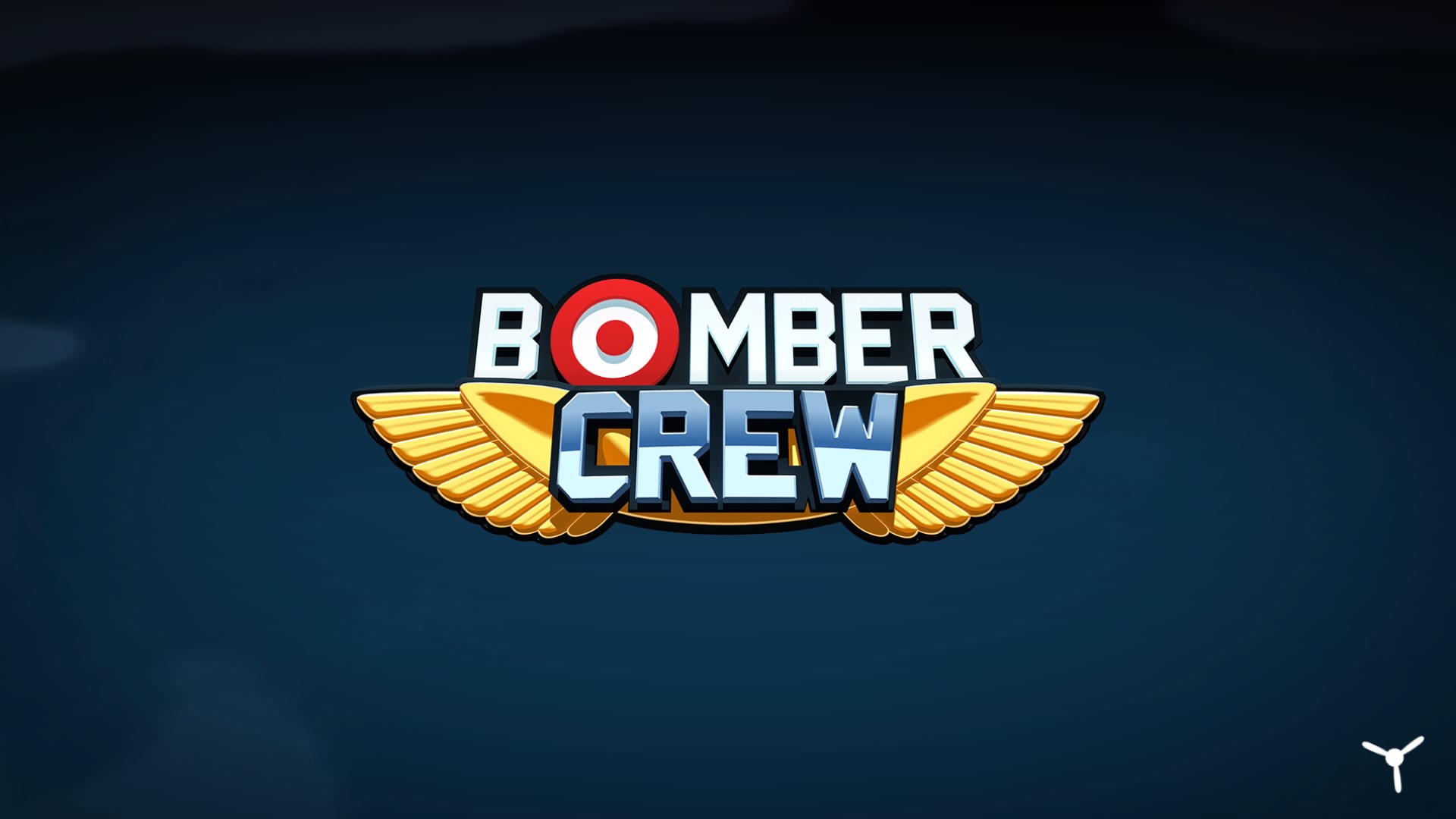 Curve Digital and Runner Duck Games have released Bomber Crew for the PS4. I thought as I had already played the game on the PC (Here) I would take a quick look and let you know my thoughts. Parachute at the ready, flask of tea and full instructions to smoke me a kipper, I’ll be home for breakfast left for the kitchen staff, AKA my wife.

Chocks away once more.

The premise of Bomber Crew is simple. Take control of a bomber during World War II and bomb things, drop supplies, take recon photos and shoot down as many enemy fighters as possible. One would initially think that conjuring the spirit of Douglas Bader would be the way forward, well that might work, but I was more in the land of a different Douglas, Douglas Adams. The reason for this is simple, these two words will need to be at the forefront of your mind during the game. DON’T PANIC!

The issue is that you do not control the plane, you control the people inside of the plane. This game should have been called ‘Sims in the Sky’, or just been an add on called ‘The Lancaster Bomber Expansion Pack’.

There are a limited number of things you can get your crew to do, so the game should be relatively easy. DON’T PANIC! Sorry, that just came out. Relatively easy. Take off, raise gear, get ammo, get health kit, get fire extinguisher, bail out etc… Actually that was a pretty good description of my first attempt.

Play the campaign mode first to learn the controls. There is essentially no difference in the gameplay from the PC to the PS4, but as with most games that are available on both, game makers are aware that there is no realistic mouse option available on consoles and so compromise is used. Because the console version is slower to move the ‘mouse’, time slows down when choosing where to send your crew member. This action negates the negative effect of losing time with the trickier version.

Do missions to get money, spend money on upgrades, last longer in the sky. Crew members get experience, they level up and get new skills. Spend money to increase the crew’s chance of survival as well, especially the higher level ones. Complete side missions to upgrade your aircraft if the campaign missions are getting too difficult. Getting used to the controls does get some getting used to. Also the fact that you don’t actually control the plane takes a lot of getting used to. Make sure that you take the time to target any enemy fighters to make sure your aircraft stays in the air as long as possible. Sometimes you will get an ‘Ace’ that will come to shoot you down, these planes have visible health bars so target them quickly and destroy them before they destroy you.

Bomber Crew does everything it does well. The question is, does it do enough? All the standard elements are there that you would expect, so what have Curve Digital bought to the table to make them stand out from the rest.  Unfortunately the answer is nothing except imagination and ingenuity. There are flying games, there are war games, there are people sim games, but this brings all those elements together cleverly. the more you play, the better you get, the greater understanding of the roles of the crew members. As the skill of the crew increases, so does the skill of the player. Actions become faster and more fluid, fires get put out quicker, health kits are used quicker, crashing takes longer, so it’s all good. What Bomber crew does exceptionally well is walk the fine line between enjoyable and difficult, managing to keep both attributes in play at the same time. If things are going badly then abort, a dead hero isn’t going to complete the next mission.

Do the main mission, do the side missions, do the Secret Weapons mission, but whatever you do…… DON’T PANIC.

If you don’t fancy playing missions to upgrade your crew and plane, Bomber Crew offers an arcade style version where you simply have to defeat waves of enemies. You start with a good crew in a good plane and the aim is to stay airborne. Sounds simple enough? Try it, and whatever you do…… ok, you’ve probably got the idea by now. You can fly through pickups if you use your onboard items to keep your plane restocked, I found the medi kits and fire extinguishers very useful.

Curve Digital have hit the basics with graphics. Sea is blue, land is green. Nailed it. Bomber Crew is not trying to win Oscars for realism, which is a good thing as there would be a lot of disappointment. The characters are cutesy crossed with cliché 1940s with an oversized head proportion. The landscape is basic with a few scaling issues, but the towns are purely for representation and they have no practical aspect to the game. You won’t be dodging in and out of building in this game. The look of the game in a whole is good, whilst the graphics create a style, any flaws do not take away from the game as a whole. Talking of (w)holes, you will probably see a fair few in your plane that appear when you get shot.

Bomber Crew treats audio very similar to the graphics. The focus is on gameplay, so don’t expect an Oscar winning soundtrack. Birds tweet, engines purr, flak explodes, guns shoot and fire crackles. Try not to hear the fire too much though, your bomber makes a bad glider. What Bomber Crew does it does ok, it’s not annoying, it’s not fantastic, it’s what you would expect from the game.

The more I play Bomber Crew, the more I like it. It’s frustrating when you die and you lose your best crew members, but that just makes you try harder. The concept took a while to get used to, I want to fly the plane myself. Bomber Crew does so much right it deserves to be around for a long time, and I believe it will be. Play it one mission at a time, or settle down for the evening and have a good session getting those levels up and armouring that bomber.

Disclaimer: A code was received to carry out this review. No actual medals changed hands.