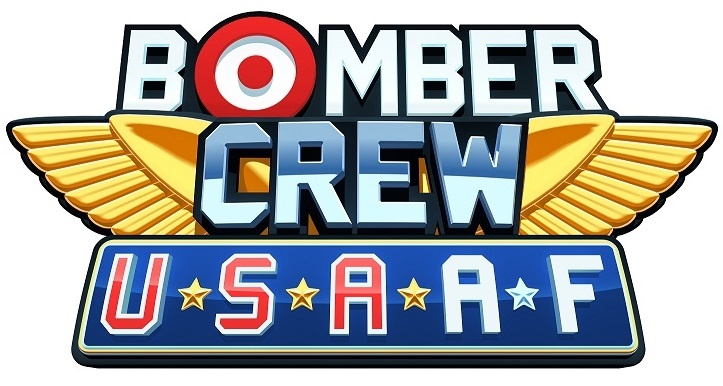 Once more unto the breach, but this time heading across the Atlantic ocean to get a motley crew of Americans and one of their planes to do a few missions. Let’s see what Runner Duck have added to this already good game. Bomber Crew USAAF, here I come.

As you are all probably aware, this is my third Bomber Crew review, I’m become quite the master of aviation.  Click here for the main game review. No need for a tutorial and straight into my first mission. The first thing I noticed was that there are more crew. Well obviously, it’s the Americans, so bigger is better. The guns are in different places, there is the usual tail turret, mid turret and under belly turret, but now there are two side turrets midway down the fuselage, and two side turrets at the nose as well. This means that I will need 7 gunners to man all these stations. Other than that all the other positions are the same, just need to keep an extra two people alive. Alas, there are not enough gunners to man all the guns, so cross training is the way forward. On the plus side, there are ammo feeds on the guns, so no need to revisit the ammo box when you run out of bullets.

With this in mind I just assumed that if I had more guns it would be easier. I was wrong. Enemies seem to appear quicker and move faster. I had trouble finding them on the radar and tagging them. This led to my first two missions ending in a brutal crash. I had killed 16 crew members and wrecked 2 planes. This was not going well. The game was harder. There was also fewer options to repeat lower ranked missions to build up experience, so basically I was screwed. By the time I took on the campaign mission I was three planes down and 22 crew dead.

There is no doubt that Bomber Crew USAAF has upped the difficulty factor a little, but fortunately once you master the plane you realise that you have the resources to overcome. The scenery is a bit bland, but having been to Africa I can also state that it is fairly accurate. There is a lot of beige.

There are new planes to fight, there are now ships to bomb, there are new places to go, but the premise of the game stays the same, if you liked the original, then you will love this. Did I forget to mention the 4 new aces that will try and destroy you at every available opportunity.

Bomber Crew USAAF hasn’t updated anything with regards to the graphics, but then if it’s not broken, then why fix it. The ground is a different colour, but the characters are still adorable, even with the handlebar moustaches, that’s the men, not the women. The airbase is different, more tents than buildings as some of the crew are ginger and will need to keep out of the sun, much like myself. All boxes are ticked.

Bomber Crew USAAF had no difference in the audio that I could detect, my plane still made a bad sound when it hit the ground, and guns still went bang when I fired them, so all is still good in the audio department. All planes need a little radio squelch when receiving incoming transmissions, so all is good with the world.

Bomber Crew USAAF is a very good upgrade. Tactically you have to be better with the new plane, and difficulty wise it raises the bar a little. Runner Duck have done a spiffing job, I mean a swell job in making subtle changes and boosting the gameplay experience. To be honest, I love this game and I can’t wait to see what’s next from the team. With each DLC it’s only getting better.

Disclaimer: We received a code to carry out this review. Many enemy fighters died to bring us this information. A lot of good men were lost.