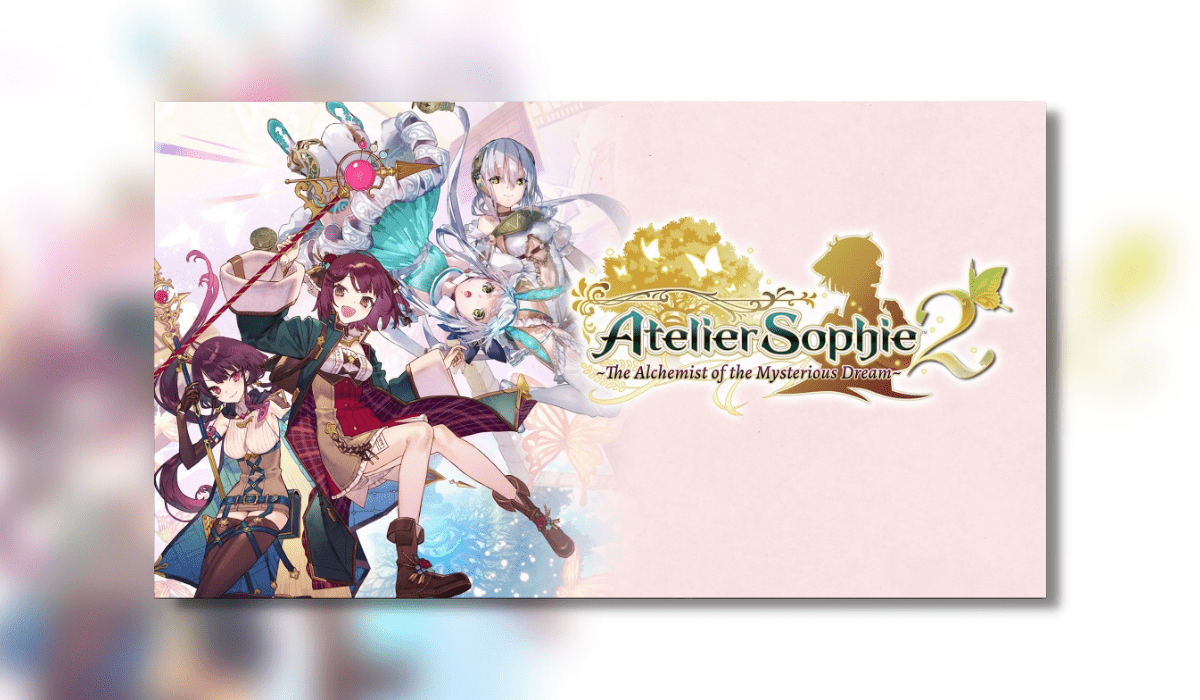 Atelier Sophie 2: The Alchemist of the Mysterious Dream is the latest instalment in the Atelier franchise. It continues the trend of single-player RPGs in a somewhat open-world akin to late 1700s or early 1800s Europe. It was developed and published by Koei Tecmo who have been part of the series since it began on the PS1 in 1997. I was excited to play the game after having enjoyed the Atelier Mysterious Trilogy Deluxe Pack. If you are a fan of the series then I have no doubt you will too. And if you are interested, you can read my review here of the original Atelier Mysterious Trilogy here.

Atelier Sophie 2 is available on February 25th on PC, Nintendo Switch, PS4 & PS5. The TC team and I would love to hear your thoughts and opinions on Atelier Sophie 2. So drop us a comment below!

Atelier Sophie 2 begins right where 1 ended as Sophie and her friend, and mentor, Plachta set out into the world and continue their quests. Sophie’s to become a licensed atelier and Plachta’s to return to her human body after her soul was trapped in a book. The titular mysterious dream leads the duo to be pulled into a portal courtesy of Elvira, the goddess of dreams. Sophie wakes up alone in Erde Wiege, a world made from the dreams of its residents. By fulfilling their heart’s desire, the people in the world can return to their normal lives. After meeting new friends and allies, Sophie sets out to find Plachta and a way back to the waking world.

I have nice memories of enjoying Atelier Sophie last year and Atelier Sophie 2 continued that sentiment. Right away the story was engaging and brings in several very likeable characters with their own plotline to explore. Alchemy and combat are definitely rooted in the previous games but put their own spin on them, feeling fresh as a result. I found that both felt smoother and rewarded you for using the new features introduced. Alchemy produces better quality items with special properties as you take advantage of the new mechanics. Meanwhile, the turn-based combat gives a sense of synergy with the party giving more powerful attacks or stronger defence, or perhaps both.

Atelier Sophie 2, like its predecessors, is open-world but in areas with clearly defined borders and limits. I have very few issues with the game but the movement around areas can be long-winded and loadings times between areas were often irritating. This wasn’t helped by the mini-map being unintuitive to use some of the time. Luckily each area outside of town comes with at least a few fast travel points, once discovered, which made getting around easier. Taking the long way round wasn’t all bad though as I learned that the variety of monsters changes depending on the weather and between day and night which was a pleasant surprise. I did appreciate that the game means for you to explore and rewards you for doing so, from getting new recipes to AP to level up the party.

The graphics of Atelier Sophie 2 are all pre-set and can’t be changed. I was happy with this choice and didn’t lessen the experience. It is a visually beautiful and vibrant game and I really enjoyed the design style. I did enjoy the visuals and how it felt like an anime much of the time which worked well with the game being narrative-heavy. However, this meant background textures and the environment felt low quality & two dimensional, especially on the PS4/PS5. I still felt immersed in the game and it ran smoothly while playing as it still looked great. Now and then, however, glitches led to some comical running in cut scenes.

For Atelier Sophie 2 the voice acting is in the original Japanese and English subtitles. I found this to be more expressive and engaging compared to the Atelier Mysterious Trilogy Deluxe Pack. The soundtrack & score are both really good for matching the mood of gameplay at the time. From peacefully practicing alchemy to facing monsters in combat. The sounds of the monsters and other creatures didn’t do much to add to the game experience, however.

I have played several hours of Atelier Sophie 2 and I still feel I’m at the beginning of the main story. So there is plenty still to do, as well as side quests and developing the stories of the other party members. Then there is the world to explore and see, the various monsters to battle and the sights in the dream world of Erde Wiege to see. And of course, for those achievement/trophy hunters there are X trophies to be unlocked. Depending on what you’re taking from the game I have no doubt there are many hours of gameplay for you.

I didn’t expect to like Atelier Sophie 2 on paper but I was pleasantly surprised, just like with the Atelier Mysterious Trilogy. It has engaging and very likeable characters I became fond of very quickly. It doesn’t reinvent the wheel from the previous games of the franchise but did feel fresh with small changes to various game mechanics e.g. alchemy and combat. There were a few downsides like loading times but it was still really enjoyable to play. I found the game to look great and the voice acting was so well done. However, it did feel being a bit 2D in terms of textures and score and sound effects were lacking. There are lots to see and do in the game and a campaign spanning many hours which will keep you engaged. Plus the numerous in-game achievements and trophies to unlock to keep you going even longer.

I am pleased to give Atelier Sophie 2 the Thumb Culture Gold Award, another great addition to the franchise! I hope you enjoyed my review of Atelier Sophie 2 and please feel free to leave a comment below. And if you want to, check out my review of The Life and Suffering of Sir Brante right here.