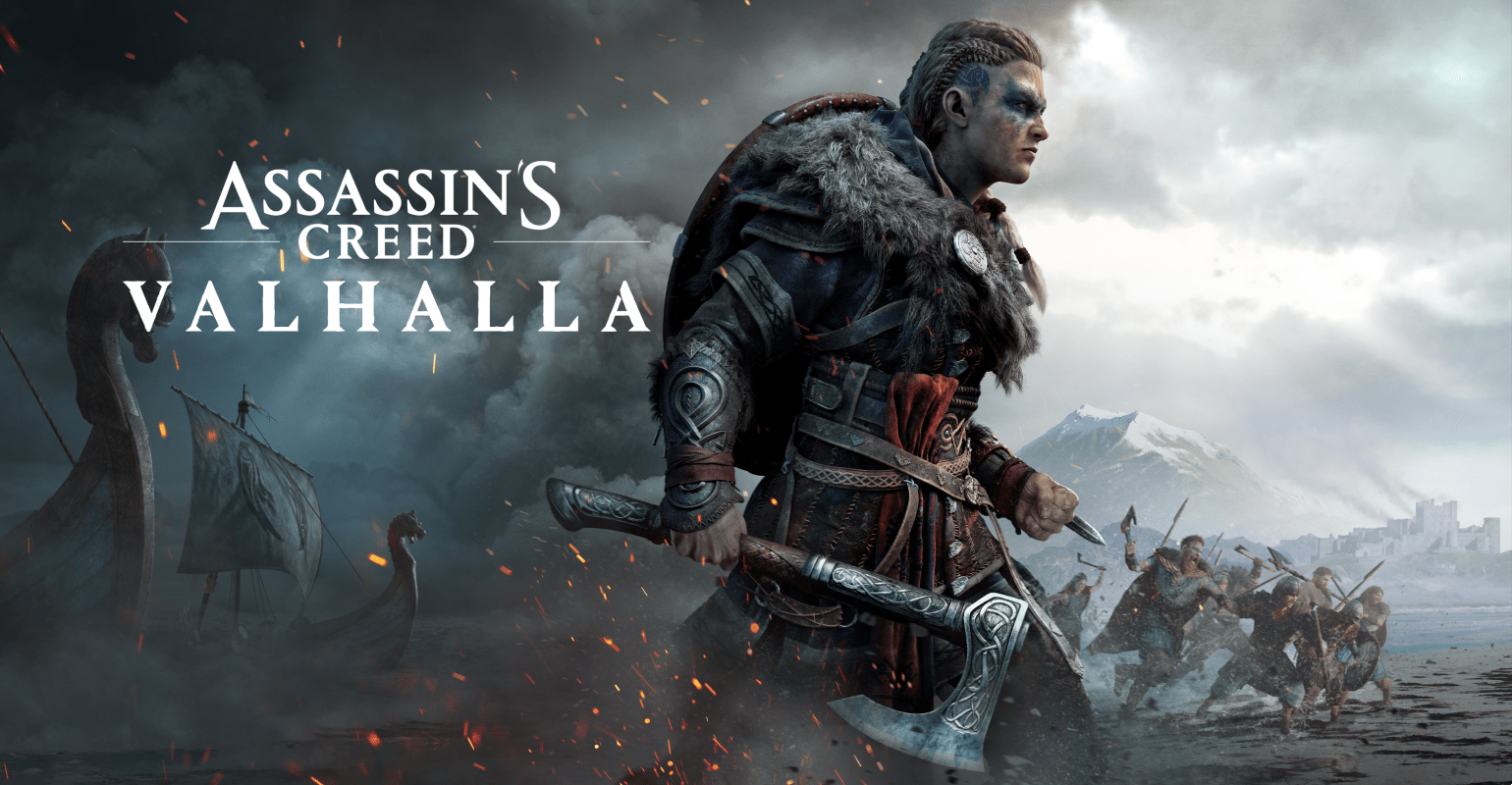 I was super excited to get my hands on Assassin’s Creed Valhalla and get my Viking on. Leave a comment and tell us if you are as excited as I am.  While you’re here, check out my last review as well!

You play as Eivor and witness your mother and father killed in front of you by Kjotve the cruel. Eivor escapes the village on horseback with Sigard. They both fall from the horse and Eivor is attacked by a wolf. A raven hovers over you and distracts the wolf, giving you enough time to crawl towards the axe and slay the beast. Eivor awakes sometime in the future, being held captive by Kjotves men. While your captures are not looking Eivor takes them out one by one. now you need to locate your crew. The story is brilliant as you follow Eivor to England and begin to take over. Eivor forms alliances with other Viking people. you build up your camp and fix then upgrade all of the buildings.

You have a raven that gives you the ability to scout anywhere on the map if you need to locate people or missions.  Odin’s sight comes in very useful if you are going the stealthy option. I didn’t tend to use the raven much at all as I wanted the full Viking experience. My approach to the fighting was either all in or die trying. Because I decided to take the Viking approach I did die a lot but it was worth it.

The missions on the map are easy to locate and your objectives are clear in the menus. Assassin’s creed Valhalla‘s fighting mechanics are brilliant and perfect to give you the full Viking experience. It is easy to get the hang of combat, and in true Viking style, I decided I wanted two axes, one in each hand. Let’s just say that this was a mistake as its a lot harder to defend yourself with no shield!

Assassin’s Creed Valhalla is an outstandingly beautiful game and I can’t wait to play it on the PlayStation 5 in 4k. The scenery is beautiful, I recommend finding a high point and looking over the valleys of England and its breathtaking vistas. I had a few problems with texture glitches while playing which didn’t really affect gameplay too much and they soon fixed themselves.  I did encounter a big glitch while playing the story however.  After around 10 hours into the story, I was riding my horse to my next checkpoint and as I jumped off of my horse I glitched, causing me to fall through the map.  This was obviously frustrating having already played for 10 hours however I didn’t let that stop me playing Assassin’s Creed: Valhalla again, I just couldn’t help myself.

The sailing mechanic is brilliant and I enjoyed nothing less than cruising in my longboat on the way to raid a nearby village for supplies or on my way home in my blood-soaked armour. I found enjoyment in getting my crew to sing victory songs while enjoying both the atmosphere and scenery as I sailed down the rivers of England home.

With most people getting around 60 hours of gameplay it is defiantly worth playing if you love Vikings.  If you are already passionate over the Assassin’s Creed franchise then you’re in for a real treat. There is so much within the gaming world to do and with the amount of time you can take just exploring and raiding you could easily expect to play over 100 hours by the time you have finished.

Assassin’s Creed: Valhalla is a great game that you could get lost in for hours. After playing the story for around 10 hours and then having to restart the game due to glitches in the system, I still found myself wanting to go back and play Assassin’s creed Valhalla. The views are outstanding, the gameplay is brilliant and the story is gripping. It has everything I wanted in a single-player game.

I personally love the Assassin’s Creed franchise from Ubisoft and couldn’t wait to play Assassin’s Creed: Valhalla. I certainly was not disappointed with how great the Viking experience was. Because of this, it’s defiantly a game I would recommend to anyone. The story made me feel connected to Evior the main character you’re controlling.  This invoked emotional attachment made me simply want to carry on and play more and more. I  wanted to feel the Viking way and be part of the raids. I found myself feeling all kind of emotions while playing Assassin’s Creed: Valhalla.  This is how gaming should be and scores a prestigious Thumb Culture Platinum Award. 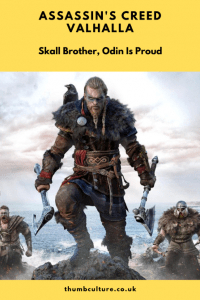 my name is Aaron, and I’m farther of two boys. in my house, everyone plays games on every platform we have no bias here. we try to play as much as we can but with children that is sometimes difficult but helps that the eldest loves his games too.