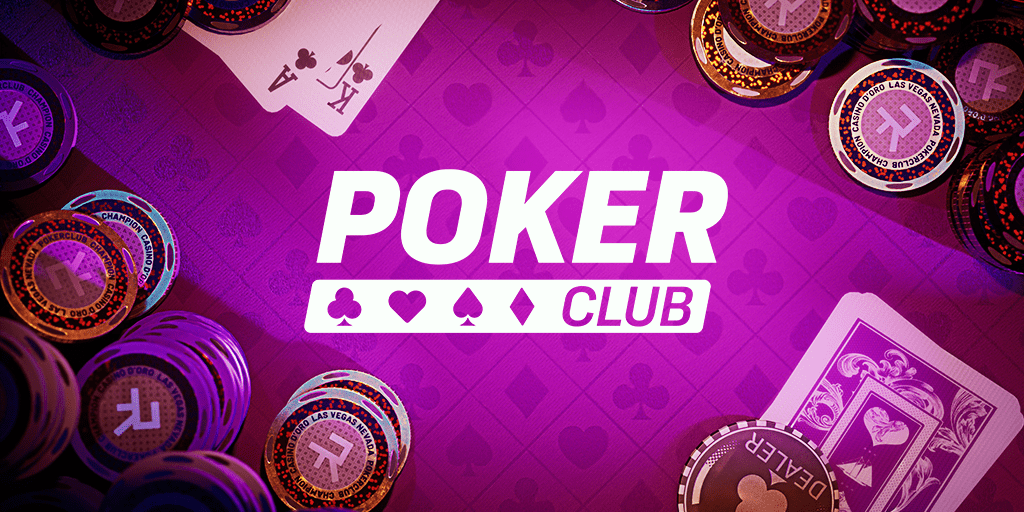 I’m an okay poker player at best but Poker Club led me to go all-in on playing it. Look forward to many other poker-related puns throughout this review. A poker simulator using the Texas Hold ‘Em version of poker along with other players online. Developed & published by Liverpool based independent company Ripstone. They publish games as well as develop some and have released other simulator games such as PureHold’em. Poker Club is now available on PS4 & PS5, X-box One & X-box series X/S & PC with a planned Nintendo Switch release in 2021. You can also check out a gameplay preview & first thoughts here. Let’s jump in and find out what the deal is in this Poker Club review.

Deal Me In Next for Poker Club

I am excited to play Poker Club and not just because there is no risk of losing any real-world money. If it has caught your eye too then feel free to comment below about what appeals to you and whether or not you enjoyed this game.

I found Poker Club to be an immersive and detailed poker simulator and where I could play right away. Given 50,000 chips and I could join any game I wanted to, from open cash games to 200 player tournaments. The tournament makes a career mode of sorts with gradually playing at more professional tables in the fictional PCC tour. Within these games came options like turbo to up the tempo or tournament bounties rewarding knocking out players.

I appreciated the tutorials/practice was optional for the range of player experience but available for casual players like myself. During loading screens or certain events, the game does give various hints/explanations. Game events such as split pots first happening come with advice to help players but never feeling intrusive. Before you begin playing comes designing your avatar’s gender & appearance which initially is limited but more options unlock later with the XP progression system.

The games take place at realistic looking tables from a dingy backroom somewhere or a grand casino. The different games also come with options like turbo & bounty. Sitting at a table with your avatar opposite other players, I felt more immersed compared to other simulators I have played. The realism is what set Poker Club apart. In first and third-person you could also the movements of checking cards, deciding whether to bet, how much etc. I felt this gave an element of tells and bluffs like when playing poker in real life. The movements with the player avatars felt a bit awkward and clumsy at times. Seeing this with hand movements and facial expressions would take me out of the game a little.

For my review of Poker Club, I played on PC on high graphics setting with medium and low as options. The game has ultra HD visuals available and also ray tracing but felt unnecessary playing indoors with artificial lighting. While not designed in high-quality graphics, the game does have a good amount of detail when it comes to the location of the poker games. I felt the attention to detail and design style helped me feel like I was actually at the table. From the room and people in the background to players and table in the foreground, it all came together to make a realistic atmosphere. Again the animations were a little out of sync but didn’t affect the experience when playing.

Poker Club uses a soundtrack of house music in the game menu and lobby as well as loading screens. The soundtrack together worked well with the game overall. When in games however the only sounds come from the people present or environment. I imagine this is to simulate how real poker games would be. Game sound effects such as cards being dealt as well as declaring actions e.g. check, raise or fold. With little audio during poker games, I felt this was accurate to real-life games but being absent did not affect the experience.

Poker Club does offer a lot of variability and replayability through different types of poker games. As well as tournaments and short term cash games there are numerous settings. Options such as turbo mode help make the game more your own. Your avatar with the levelling and XP system unlock different cosmetic items like clothing and accessories. This helps towards making your character more personable when it comes to playing in first person.

What really adds to keeping you playing is the social aspect of Poker Club. Its biggest resource is clearly its online and community component. You can play with people all around the world whether friends or total strangers. If public games aren’t for you then there are also private games set up to suit your game and style of play. If you are not content to just join games with new people then you also can become a member of a club. Within your club, you can play with other members exclusively and form your own Poker Club community. Being part of a club means access to team goals with the various awards from chips to various items to customise your avatar. Sadly I found at launch connecting to any game was impossible at least at launch with multiple restarts being the solution. This did improve with a patch but left a sour taste in my mouth still.

I found Poker Club to be a fun poker simulator which I feel has the potential to be successful. The gameplay is fun and can see how it can be even more so playing with your club and friends. The look and feel of the game is immersive and easy to feel like you are actually sitting a poker table. Sadly technical issues I encountered early on when trying to connect to a game were a little really off-putting and frustrating. The online gameplay and social aspects are excellent though especially in the times we are currently living in.

I award Poker Club the Thumb Culture Silver Award and am interested to see what the team at Ripstone make next! 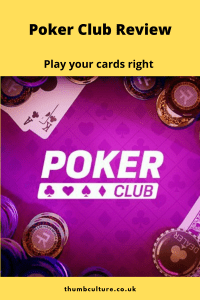