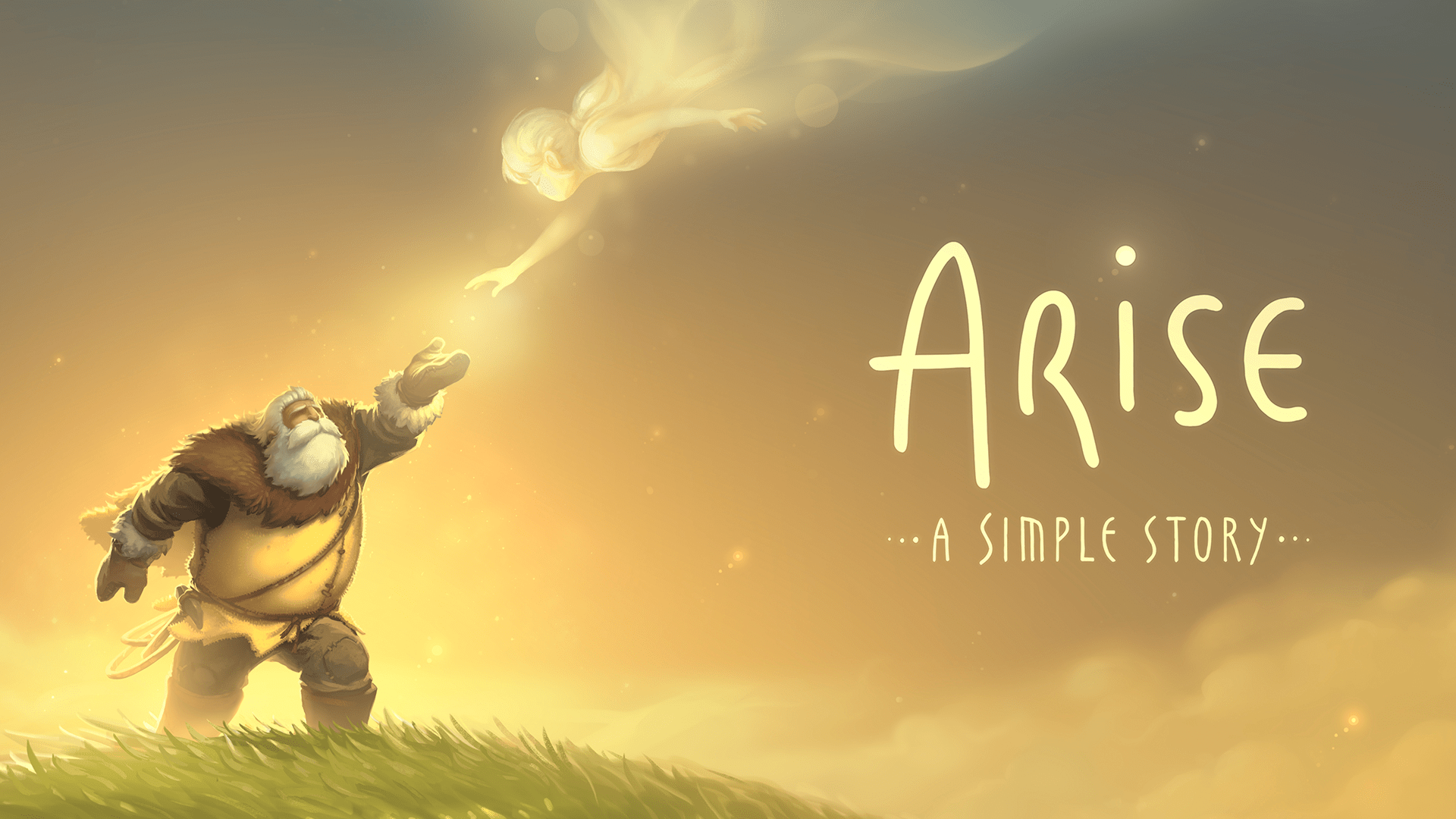 There is a long running debate about games being art. This conversation peaks when pinnacle games are released and then squashed when monetising trash plagues our systems. However, Arise: A Simple Story, a puzzle adventure developed by Piccolo, is the newest and one of the strongest arguments for the medium being a true art form.

Arise: A Simple Story tells a beautiful yet emotional story that follows the life of the protagonist. Each chapter is a prominent point in the old man’s life and this help build a connection with the character. Due to this, you find yourself immersed in the cleverly told and relatable narrative. The game’s chapter designs acts as a visual metaphor to tell the narrative, which is refreshing to see and experience. Piccolo clearly treats the gamer with respect by not holding our hand through the experience and force feeding the narrative. Instead, elements are left to interpret and discuss, creating an everlasting experience.

Each chapter is unique and plays with the game’s core time shifting mechanic. At first the game allows you to shift from season to season to traverse the world and solve puzzles in order to reach the end point. However, as the game develops so does this mechanic. At points you control mere seconds which adds tension and suspense to key moments. You control time with your right stick and maneuver with your left. It’s a simple and intuitive system, which allows the gamer to instantly become familiar with the mechanics.

Moving on to design, the game is absolutely breathtaking. Each level feels like a Pixar short. The journey and gameplay is enhanced through the visual style. You experience a range of environments that will conjure up an array of emotions, which links to the narrative told. The sheer diversity of art style is impressive, as you are taken from the brightly lit, enduring gardens to the monochrome, harsh lighting of other worldly areas. The environments are also amplified through the cinematic camera movement which accentuates your journey.

The sound design in Arise: A Simple Story is undeniably brilliant. The score takes you on a journey of emotions that the protagonist endures and as a result, helps to embed the story as a key focal point of the game. The music crescendos at key moments in order to triangulate the narrative and gameplay with the score, making for moments that I will never forget. Not only is the score incredible, the general sound design is also stunning. The howling of the winds and the patter of rain helps transports you to this unique world.

The game is rather short with only 10 chapters. The game does feature some collectibles which may encourage gamers to revisit levels but don’t let this discourage you. Although the game is short, it’s definitely worth playing as the experience will stay with you. It doesn’t overstay it’s welcome which is a fault of many current AAA games. Arise also features drop in co-op, where the second player controls the time mechanic whilst the other player controls the protagonist. Although this is ‘light’ co-op, it may be the game perfect game to play with non-gamers, due to it not being demanding on the second player and warranting communication. So, for those gamers who are constantly searching for a game to play with their partner, this may be it!

Arise: A Simple Story is a special game and it deserves your attention. The narrative, although like the title suggests is ‘simple’, how it’s told is not, and the game deserves to be lauded for this. The puzzles are fun with suitable challenge allowing you to progress through the game and experience the unique chapters with a smile on your face. If you’re a fan of artistic indie titles such as Brothers: A Tale of two Sons, Rime and Limbo then do yourself a favour, and check out this game. Not only does this game get the rare Thumb Culture Platinum Award, it’s also a game of the year contender!