The Qpad DX-80 gaming mouse, manufactured in the Czech Republic is the latest piece of hardware to be kindly received at TC HQ.  Costing €49.90 direct from the Qpad website plus another €15 p&p to the UK, how does this multi-coloured mouse do?

Starting with the packaging you can straight away see from the front what the RGB LED lit DX-80 is packing.  We have an optical sensor, 7 buttons, upto 8000 dpi, a gold plated USB plug, 4000 frames per second and an onboard ARM processor.  On the back of the box the spec is crammed 11 times in various languages, therefore, utilising a “one box for everywhere” design.  Although this can be seen as a cost-saving, let’s hope that this does not also reflect on the product itself. 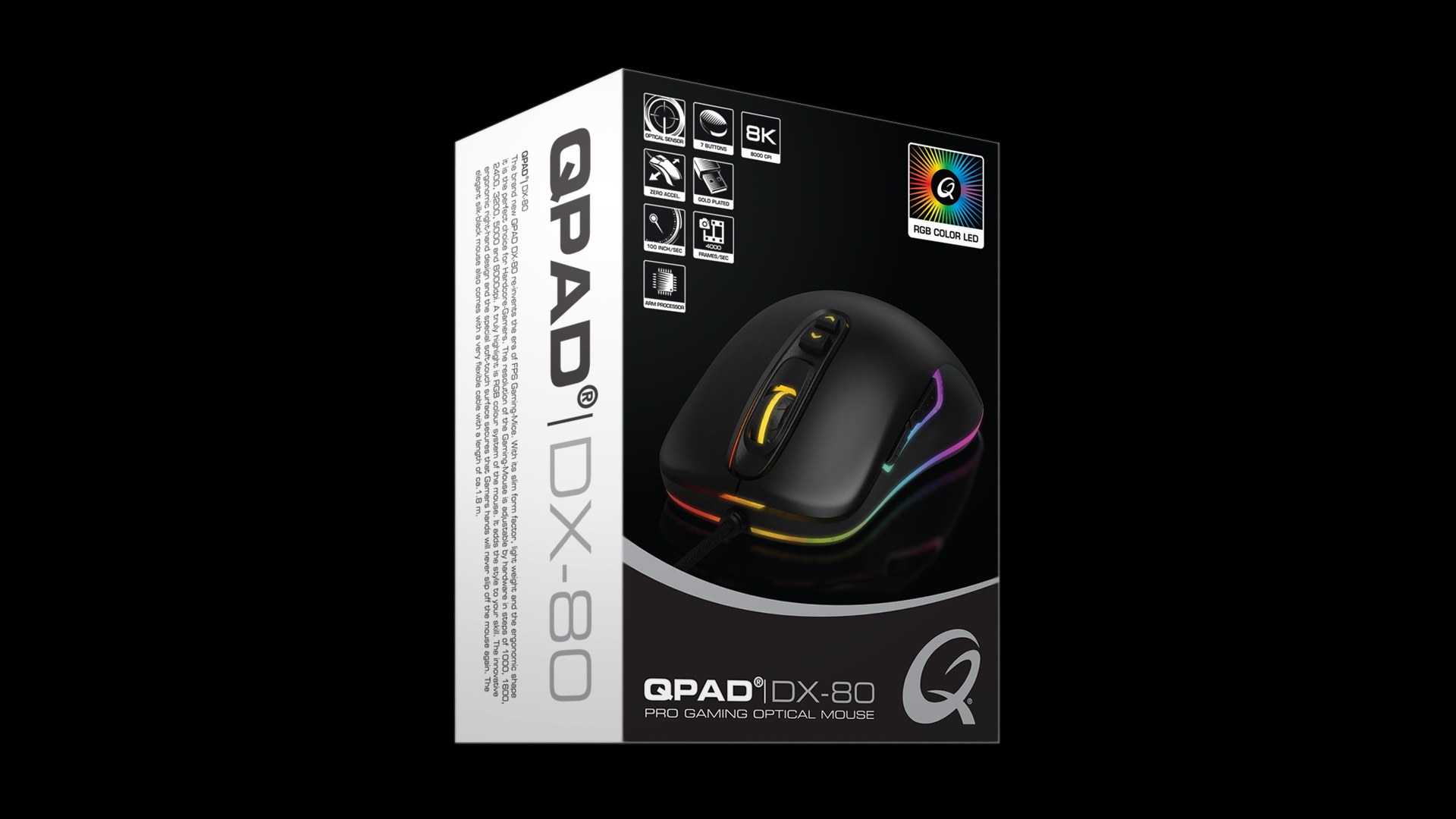 Sliding the ambidextrous DX-80 out from the box you are greeted with the mouse and a small leaflet giving you a brief overview of the functions.  It is a little tricky at first to identify quite what each of the functions are due to the way that the guide has been designed however most of the button functions are fairly obvious.

On the top of the mouse you have the standard left and right buttons on the top as well as a central scroll wheel with rubberised grip.  Below the wheel there are 2 smaller buttons for adjusting the DPI of the mouse up and down on the fly.  To the lefthand side of the mouse there are 2 handy action buttons for your thumb to press (providing you are right-handed) and on the underside of the mouse is a switch that allows you to adjust the polling rate between 1000, 500 and 125Hz.

The feel of the mouse is one of cheapness I am afraid to say.  Weighing at 92grams but with a long and fairly flat profile, I struggled to hold it comfortably in my right hand.  It felt like a box of air for some reason.  As I gripped the mouse with my thumb just below the action buttons I could feel the thin plastic side of the mouse pushing inwards.  After around 20 minutes of using it I started to feel cramps on the back of my hand as the ergonomics of the DX-80 just did not suit my natural hand shape.  I had a few people try the mouse and it did appear that people with smaller hands seemed to get on better with the shape than I did. 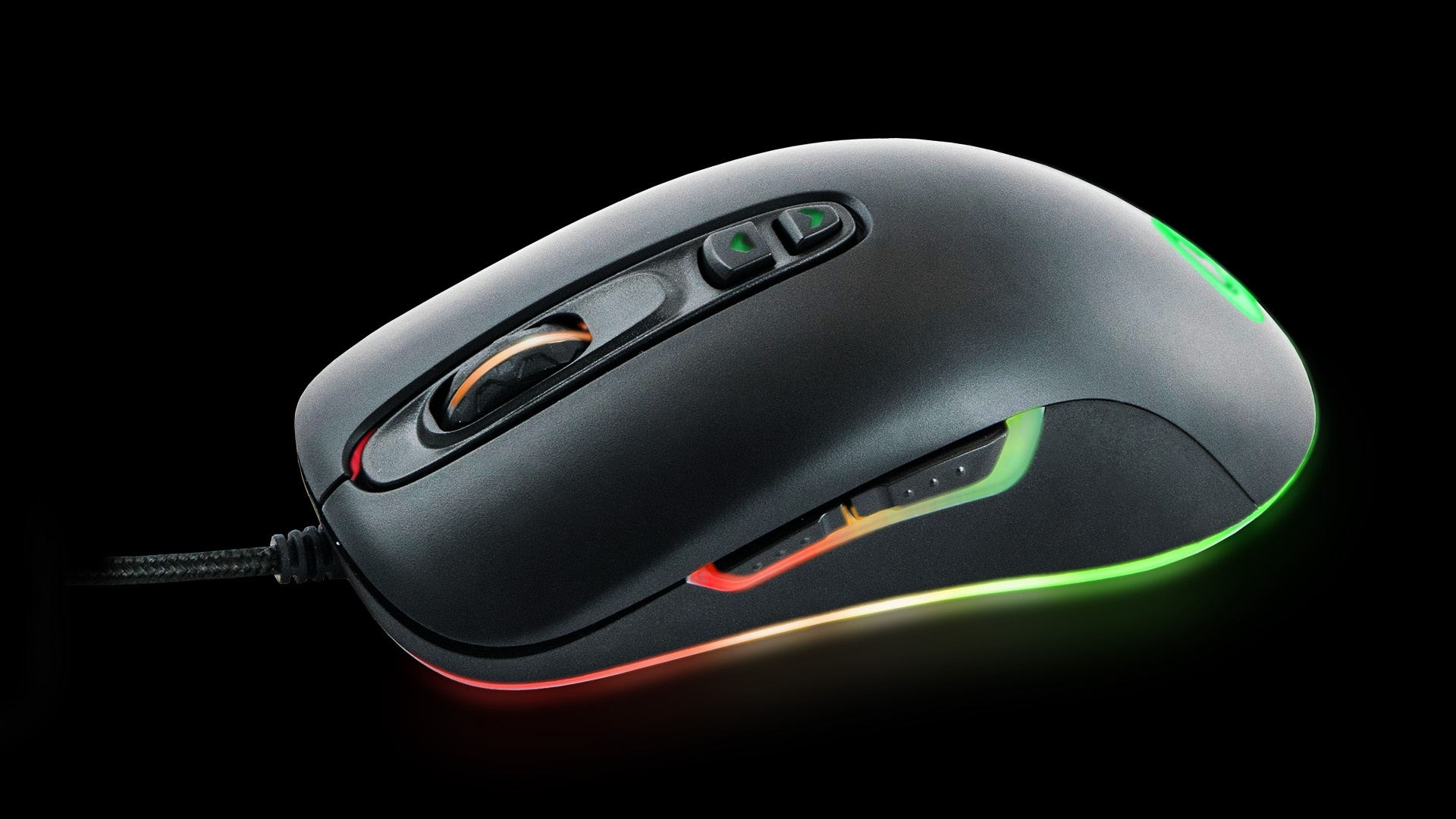 While commenting on the design of the mouse I will add that the righthand side of the mouse has a space that matches the left where it looks as though buttons should have been, while I appreciate it is probably to make the RGB lighting look symmetrical it does look a little odd.

When it comes to RGB lighting on a mouse this has probably got to be one of the brightest I have ever seen.  By default, the DX-80 smoothly rotates a rainbow array along the bottom of the mouse from tip to base however by pressing a couple of buttons you can change to another preset colour if you so wish.  Although the lighting is quite a wow factor, there was a lot of light escaping from around the outside of the long piece of plastic that housed the scroll wheel and DPI buttons, it may be a feature however where the rest of the mouse used transparent plastic trims to allow the light through in defined locations, this section didn’t have it so it was just a gap where you could look down into the void of the mouse. 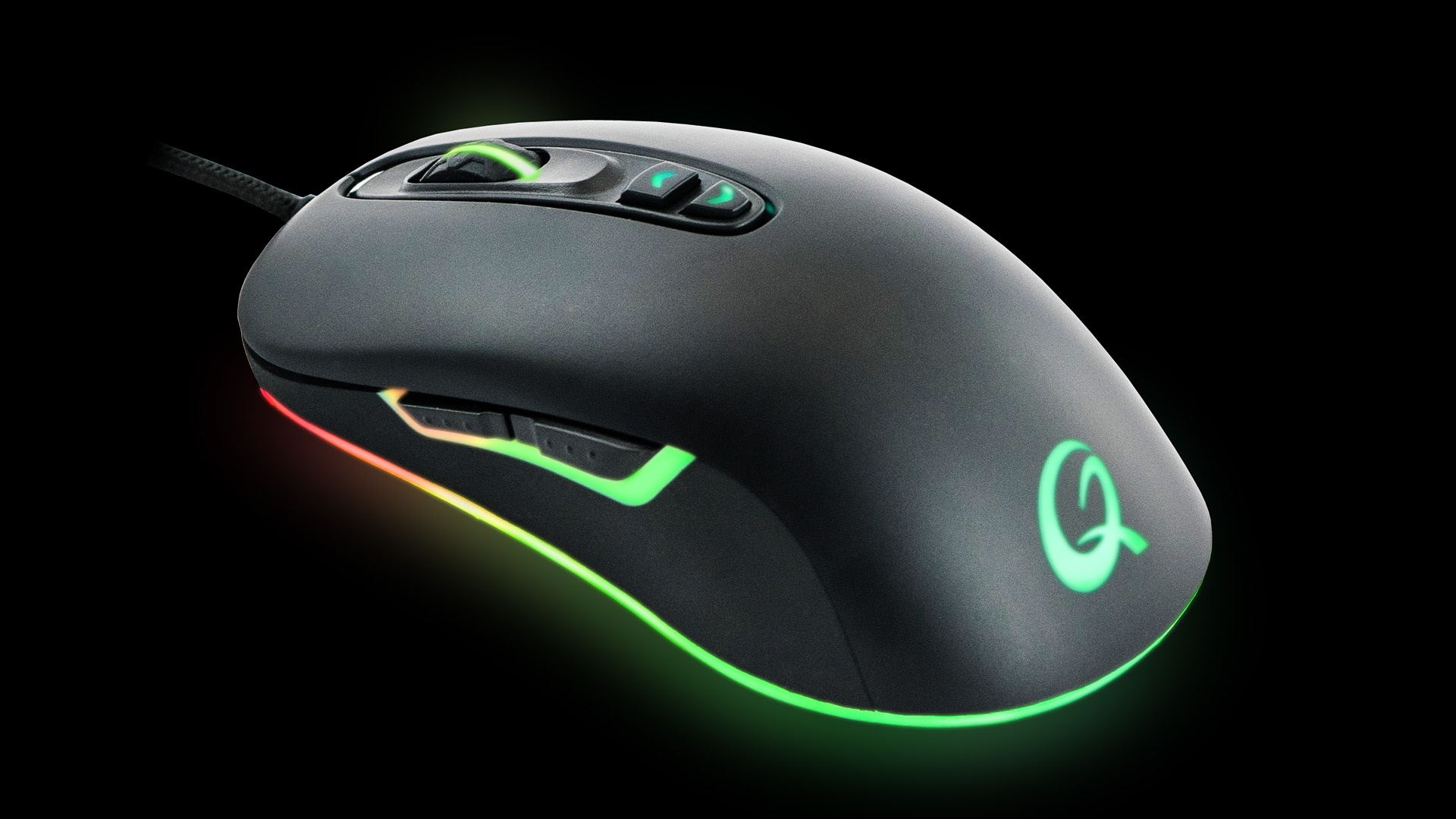 Overall I felt a little disappointed with the DX-80, for the price I was expecting something with better ergonomics and a better quality build, it just felt like a cheap Microsoft optical mouse that had been pimped up with some RGB LED lighting.  Clearly the DX-80 is a functional mouse, offering a slight degree of customisation when it comes to the DPI, polling rate and RGB glow however in comparison with other gaming peripheral manufacturers such as Roccat I found it was severely lacking in user-friendliness and quality.