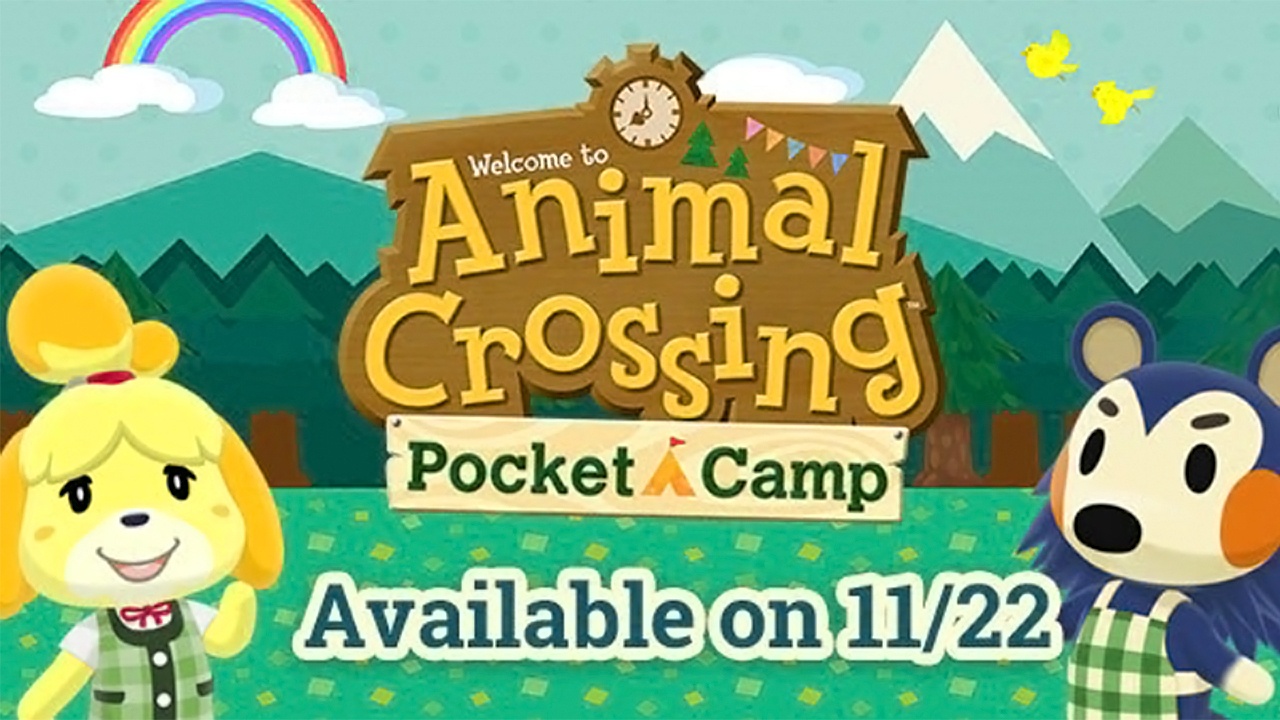 Get ready because the long awaiting Animal Crossing Pocket Camp is arriving onto iOS and Android devices this week on the 22nd November 2017.

On the 24th of October 2017, Nintendo announced that the mobile edition of Animal Crossing would be arriving in November. Well it’s November now. The game is a toned down version of the popular Animal Crossing titles, and sees you trying to build a camp that villagers wish to flock too, and will require you to travel around collecting items, finishing quests, and even crafting.

The title will be free to download and play, but will feature in-game transactions going by the name, Leaf Tickets. While not much is known about the cost of purchasing Leaf Tickets with real world money, we do know that using Leaf Tickets can be used to purchase new materials, and speed up wait times. Basically build your camp quickly using money.

If you didn’t see the Nintendo Direct then you can view it below and it details the details!