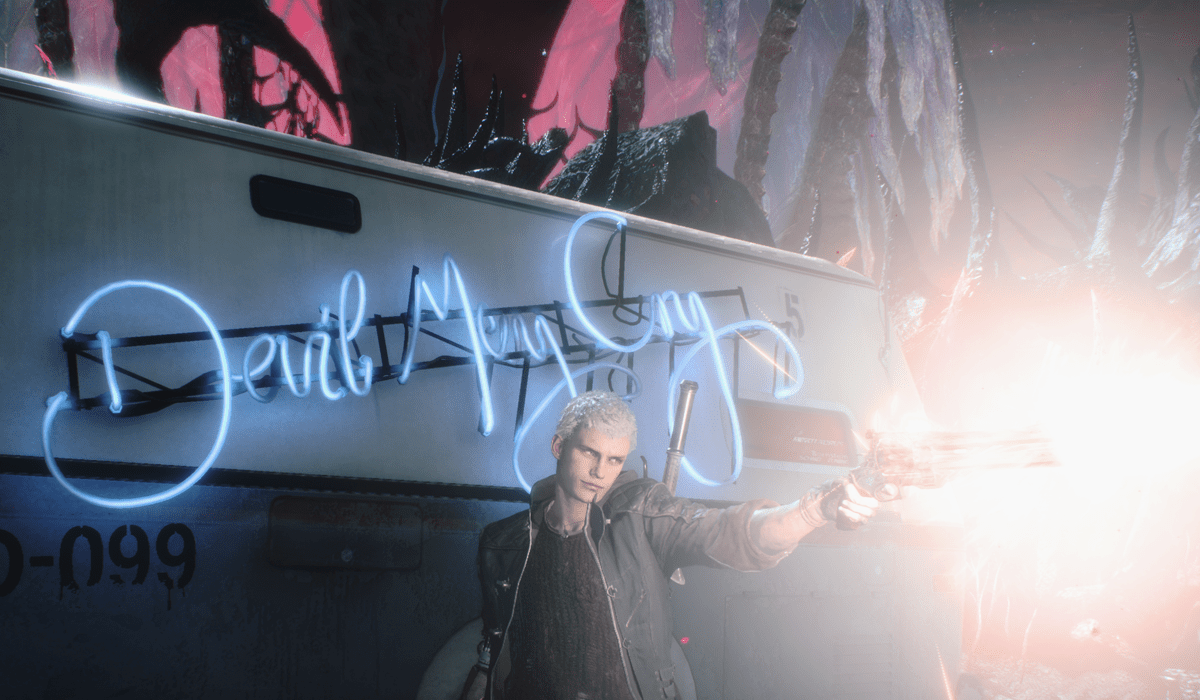 Devil May Cry has had an interesting history. First debuting on the PlayStation 2 the game was originally intended to be Resident Evil 4. During development it evolved its own style and thusly became its own franchise. Featuring a unique hack and slash style it was an instant hit. Sometime after Devil May Cry 4 the franchise was rebooted under the banner DmC: Devil may Cry. Strangely, despite the critical and relatively commercial success it never took off beyond that. Of course in 2019 Devil May Cry 5 launched, ignoring the reboot and continuing the story that debuted in 2001. Here we are a year later with Devil May Cry V Special Edition.

I’ve not been particularly close to the Devil May Cry franchise. I have played each one, though I don’t believe I’ve done so to completion. I know for a fact though that Devil May Cry 4 really did click with me. Introducing Nero as a new playable character was a brave choice, but it paid off. Devil May Cry V Special Edition takes that to the next level, featuring an even split of gameplay across 3 different heroes; Dante, Nero and the new V. Also the game allows a full playthrough of the game using Dante’s brother, Vigil. Whilst I may not be too familiar with things prior to Devil May Cry V Special Edition there is a handy video on the main menu to remind you of the history.

Gameplay is naturally the biggest thing to talk about when it comes to Devil May Cry V Special Edition. Certainly the game has a good story, and actually its non-linear storytelling is really great. But let’s be honest, this franchise is about mega combos and unlocking new skills and weapons.

As mentioned the game is split across 3 different characters, each one plays in a similar way but also very differently. For example whilst the main button layout is the same with ranged and melee combat, the execution is different.

Playing the most traditionally in Devil May Cry V Special Edition – sword and guns. Dante also has a variety of other weapons that unlock as your progress through the story. This allows you to change stance and use different weapons for different combos. He’s also, quite frankly, the most bonkers! Some of his weapons include nunchaku and a motorbike that’s formed out of an angelic sword. He feels great to use though and whilst he is the most bizarre, he’s also incredibly satisfying to use. But he isn’t my favourite, that award goes to newbie V.

The new guy in town, V has a mysterious origin that isn’t fully explained till quite late in the story. This actually works really well for the character as the sense of mystery is also evidenced in his gameplay. V doesn’t actually do much fighting himself, instead he summons minions from the shadows. These include Griffon, a vulture like creature that flies around and acts as his ranged attack. Shadow a panther made of pure shadow that can change form into big claws, or tendrils. Acting as your ranged and melee combat whilst you try and move around to safety is interesting and works surprisingly well. Whilst on paper the controls mimic the other characters, the execution feels incredibly unique. You keep your distance, whilst still trying to perform complicated combos with the two beasts.

The young blood of the group, Nero is back after debuting in the fourth instalment. He packs a similar punch to Dante, but with subtle differences. Having lost an arm he relies on a prosthetic built by an NPC called Nico to see him through combat. Each of these robotic appendages has a special power, and can also be used to grapple the enemies. On top of that he returns with his trademark sword; Red Queen. This sword can be revved up like a motorbike to power you through some devastating combos.

So whilst all 3 characters feel very unique, they all control in the same way. That makes mastering the game quite simple, as you’re not having to remember massively different button layouts from mission to mission. It’s incredibly well thought through and stops the game losing pace.

On top of all these basic commands, you can also use the Devil Trigger mechanic. This allows each hero to do different things. Dante turns into his devil form allowing you to do more damage and take down enemies quickly. V uses the power to summon Nightmare, a huge shadow creature that you can ride and also shoot lasers from. Nero actually has different mechanics; the aforementioned sword revving and also the ability to nuke your robotic arm attachment. All of these different options make Devil May Cry V Special Edition feel superb. The levels are still relatively linear paths, with the odd hidden extra lurking behind some puzzles. Once again this suits the game and allows you to just push forward and get to your next lot of enemies to despatch.

I think Devil May Cry V Special Edition looks stunning. Running on an Xbox Series X in graphics mode, rather than performance mode, it ran really well and looked amazing. In fact you’ll notice a lot of the images I use are from the inbuilt photo mode that every modern game has to feature. The visuals are driven almost entirely by the demonic aesthetic and particles. There are particles everywhere in this game, from smoke effects to add atmosphere to sparks as swords collide. These dramatic effects, with the lighting they emit, really do look spectacular. Still images don’t do it justice as the flurry and animation is really what sells you on the look.

There isn’t a lot in the way of interaction though, and it strangely stands out. By that I mean scenery doesn’t really get damaged if you swing your sword too close. Nor does destruction really form a story element besides the natural apocalyptic state of Earth. With a game so visceral in the action it’s surprising they didn’t include this level of depth, but then that could be a simple limitation of running a game across 2 generations.

Devil May Cry V Special Edition is far longer than I had anticipated. It’s made up of 20 missions, and is ripe for replayability. You can play the entire campaign as a character not included in the original version of the game; Virgil. Also you can replay the entire game as one of the three main protagonists. As Devil May Cry V Special Edition specialises in combos and breaking scores it is ripe for replaying if the gameplay hook draws you in. Even from a story point of view though you’ll lose a nice chunk of hours to this game. Unfortunately what I can’t tell you is how it differs from the original release of the game, as I have not played it.

I had an absolute blast with Devil May Cry V Special Edition. I’ve already recommended it to a few friends who have invested. It not only shows off your new hardware, but it’s a brilliant game to play. From the frenetic action to the well told story; it’s non-stop fun. The story also sticks its landing, concluding a few story beats I recall from the older games whilst not alienating new players to the franchise.

I am giving Devil May Cry V Special Edition a Thumb Culture Gold Award and it’s one that is well deserved. I’ll be certainly diving back into the game to try out a few areas I missed and to look into how levels change using different protagonists. Which of them is your favourite? 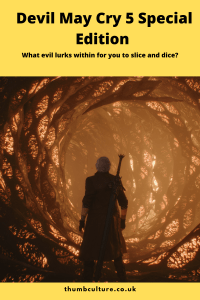