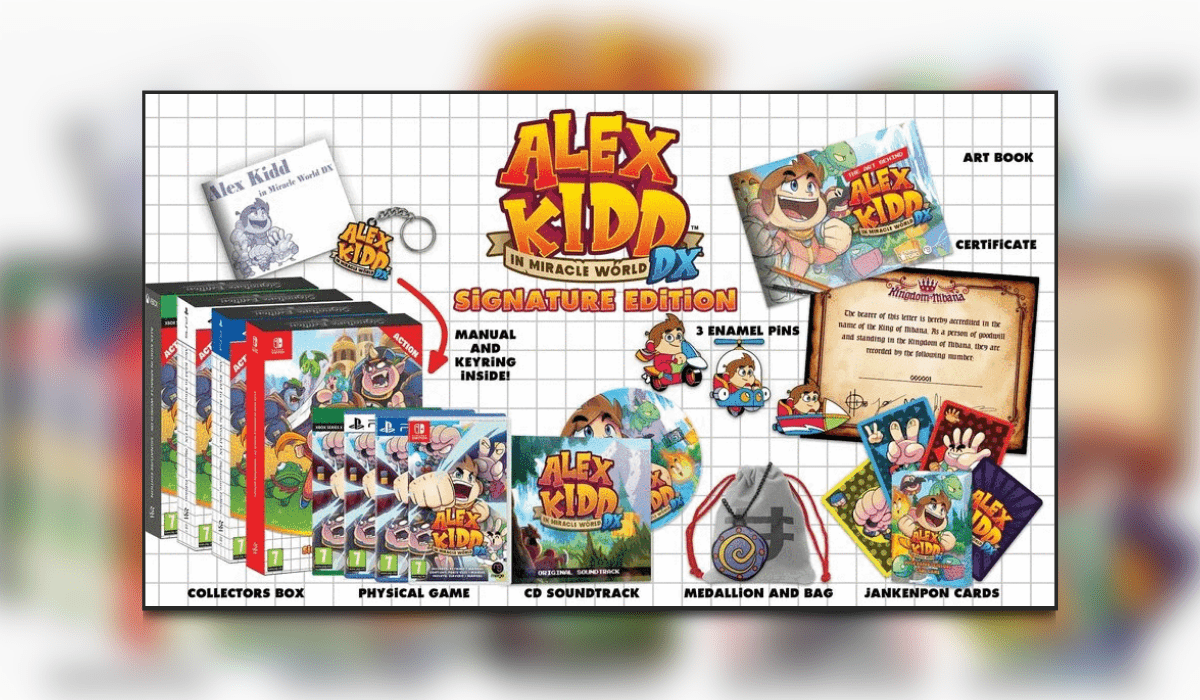 A full 35 years since the original release on the Sega Master System, a remake of Alex Kidd In Miracle World is nearly here.  I am excited!  If you remember, Alex Kidd was the official Sega mascot until Sonic The Hedgehog came along in 1991.  Alex Kidd In Miracle World DX is the debut game developed by Jankenteam and published by Merge Games.  It will release on PS4, PS5 Xbox One, Xbox Series X/S, Nintendo Switch, and PC on June 24th, 2021.

This is much more than a visual makeover though. Here’s what we can expect:

The game will be available on both digital and physical media.  You can buy both the standard (£24.99/£29.99 for Switch) and Signature edition (£49.99/£54.99 for Switch) here.  The signature edition is a thing of beauty as well, recreating that grid aesthetic of the original Master System game box.  Here’s what it includes:

That is a pretty decent haul for nearly fifty quid.  Are you excited to get your rock, paper, scissors on again?  Check out the trailer and let us know in the comments below.