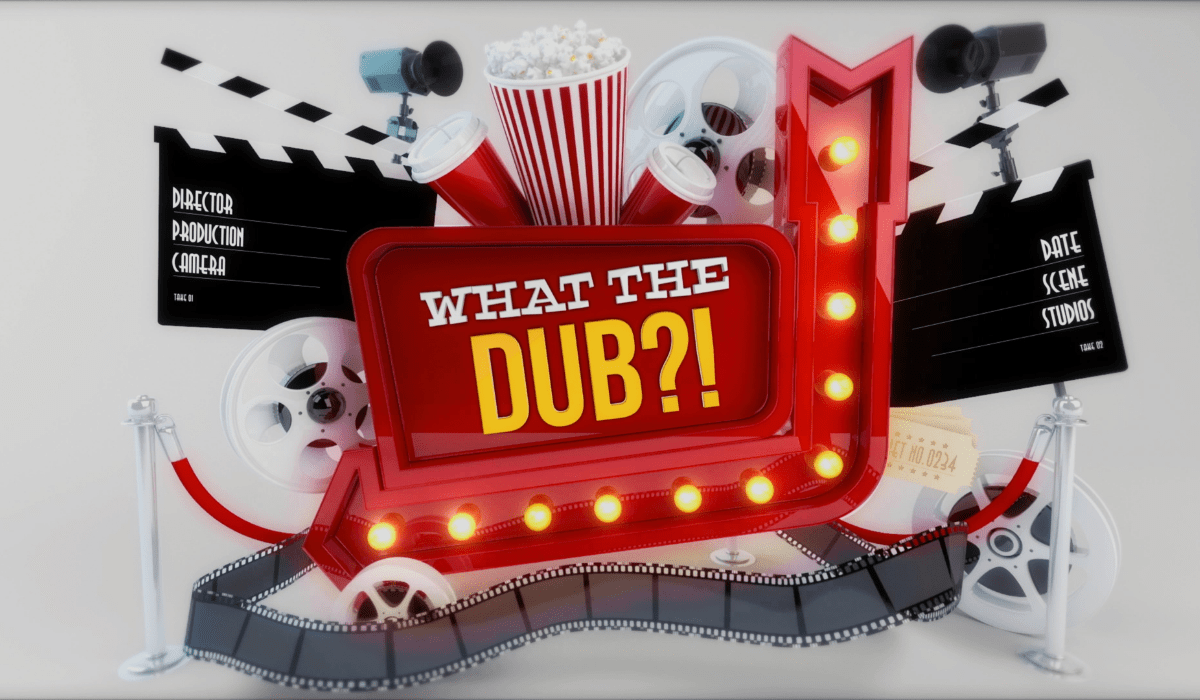 What The Dub?! by Wide Right Games launches today (8th April) and is a much-needed party game that is available across all platforms.

What The Dub?! – How long can you keep it family-friendly?

Are you ready for something different? Read on!!

In a nutshell What The Dub?! is a fun hosted multiplayer game where you get to watch a clip from an old B movie (low budget film) and then insert your own dialogue using your mobile device at a given pause in the sound.  Once everyone has entered their witty suggestion (including optional sound effects), the clip is then replayed several times with each of the players’ sentences read aloud by a computerised voice.  Once the last dub has been read out, everybody votes on their favourite and points are awarded accordingly.

I personally love party games and What The Dub?! has made it very easy to get people involved.  Unlike many other party games on the Playstation such as Chimp Party, Frantics, Knowledge is Power etc., here you do not need to download a dedicated app on your mobile device but instead simply visit a website and enter the relevant room code (JackBox Party style) to join.  Not only does it keep things simple but it also opens the avenue for streamers to get others involved.

What The Dub?! allows up to 6 contestants to play and another 6 additional audience members to help on the voting side of things.  There are over 300 clips that the game chooses from and in 10 games of 5 rounds each, we only had 1 clip repeat itself.

When it comes to the game options there are some handy things that you can change.  Choosing to allow a longer time to enter your well-crafted lines is a handy feature as sometimes the 30-second default is not long enough.  The number of rounds can be increased for a longer game session.  Separate volumes can be controlled which is another helpful item as we found that the spoken dub was a lot louder at times than the audio on the original clip.  The one option that makes What The Dub?! family-friendly is to enable a profanity feature to stop swear words.  Although playing the game without swearing is perfectly fine, I must admit that a lot of our fun was had being very crude and suggestive.  Poor old Vincent Price would not be pleased with some of the suggestions we had regarding his hosted party!

What The Dub?! features B movie clips so do not expect HD quality here however the cut scenes and other screens such as voting and scoreboards are all well animated and give that showbiz feel especially with the hosted narration over the top of it all.

When it comes to the dubs being read out, both the male and female voices are clear however you do need to be a little careful with phonetics as on occasion a word may be misread if it can be sounded in a different way.

Five rounds with 3 of you entering dubs takes around 10 minutes to play through however due to the number of clips that are available, playing multiple games does keep the feeling of the game fresh.  How long you play for is down to those you are playing with at the time!

What The Dub?! is a much-needed party game to bolster the gaming library.  It offers something new and fun as well as having the flexibility to be both family-friendly and adult.  The shortness of the rounds keeps the game flowing well and the accessibility makes it easy for anyone to play.

What The Dub?! is a hit here and scores a Thumb Culture Platinum award! 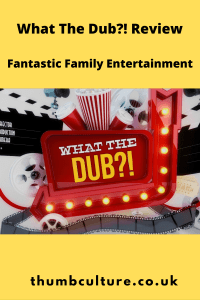