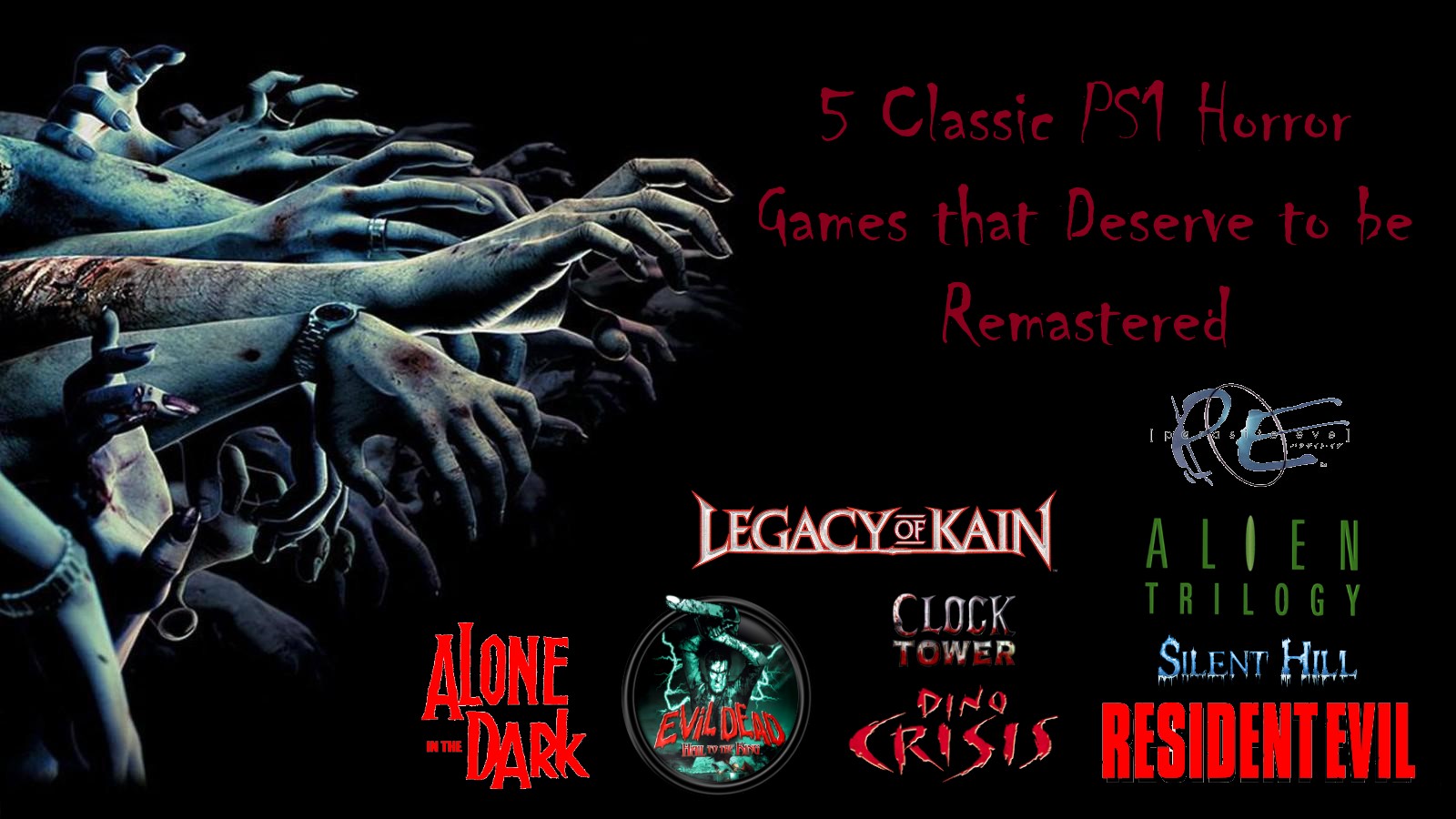 As we yet again approach the time of year filled with Pumpkins, Trick or Treat and Scary movies. In a year that has seen a number of classic games get a remastered treatment (such as Sonic, Crash, Yakuza etc.). I thought it would be fitting to look back at five of the classic PS1 horror titles that were maybe overlooked for a remaster, but certainly deserve one.

Don’t get me wrong, there are definitely more than 5 which deserve this treatment. So in no particular order lets get going with these classics that deserve a remaster

Ok, so Resident Evil is a pretty obvious choice. After all it’s the godfather of the Zombie Apocalypse as far as games are concerned. Especially given the resurgence the franchise has seen with the release of 7. I’ve grouped 2 & 3 together here since they complete the original trilogy and they’re the only ‘main entry’ Resident Evil releases that haven’t had this treatment yet. It’s something I’m not thrilled about as number 2 was the game that introduced us to Leon Kennedy, probably the most recognizable character from the whole series! 3 gave us our first big taste of what Raccoon City could offer as a larger world outside of the mansion or RCPD.

There are rumours that Resident Evil 2 is already in production to be released on PS4. I hope so! 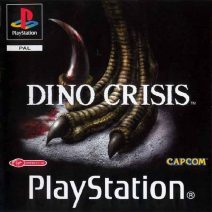 Dino Crisis is one of those games that people generally overlook when talking about Horror games. It’s more like Jurassic Park than Night of the Living Dead. Don’t mistake its ability to scare you though, especially when you take into account that at the time of its release there weren’t a whole host of games that would do that.

What I will say is that the 1st one is definitely better than the 2nd. Isn’t this almost always the case? As there are only 2 games in the series (for PlayStation at least). In my opinion it would be a shame to do one and not the other to make it a complete set.

I know a lot of people just throw it aside as a resident evil clone swapping out Zombies for Dinosaurs. In a way, this is true. But, it’s still very enjoyable. I believe the proof is the nice price tag attached to second hand copies of these games.

Alone in the Dark (Darkworks) 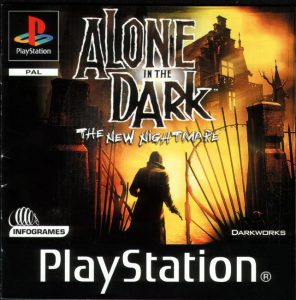 Alone in the Dark is one of those franchises that is popular among a lot of people. However, most tend to remember ‘The New Nightmare’ as the pinnacle entry. This is the one that I would like to see remastered. One of my favourite things about this particular game was that you had to play it twice to get the whole story. Each of the main characters had a play through that intertwined with the other so the only repetition would be the areas where the characters teamed up.

The background noises and creatures that lurked in the shadows of this game really impressed me when I played it. The way it was combined with the Torch and the puzzle solving really endeared it to me as a favourite among my PS1 collection. 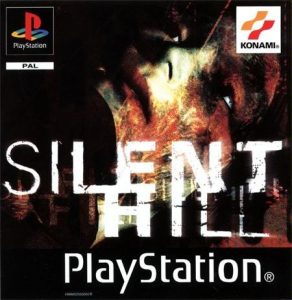 What Horror list would be valid if it didn’t include what many people believe to be the scariest game of all time? There are parts of this game that still give me the creeps just thinking about them. The school and hospital areas in this game are perfect examples of how combining suspense with obscured visuals can make you create your own horror. Even if it’s purely in your head.

Something this game brought to the table which was ingenious was the Radio. Even today the crackling sound is something that instantly comes to mind the moment someone mentions horror games. For me a lot of the later games in this franchise were lacking something. It’s hard to explain what that was, maybe it was purely that we had grown numb to the scares as the games were coming thick and fast at this point.

Either way I don’t think anyone would argue with me when I say that this game is probably the most deserving of a remake on this list.

Parasite Eve was Squaresofts first attempt into the survival horror genre. The game is actually a sequel to the novel written by Hideaki Sena (wonder how many of you read the book?). Whenever I mention this game, the first comment I usually get is ‘oh you mean the Resi rip-off?’. Yes it’s very much the same style as Resident evil. But, I don’t see why that’s thrown up as a bad thing? Many great games are essentially copies or based off another title.

The basic storyline of Parasite Eve for those who have never played it, is based around Aya Brea, a New York Police Officer. The game takes place essentially over a six day period. During this time Aya is trying to stop ‘Eve’, an ancient evil (in the form of a woman) hell bent on destroying the world by spontaneous human combustion. 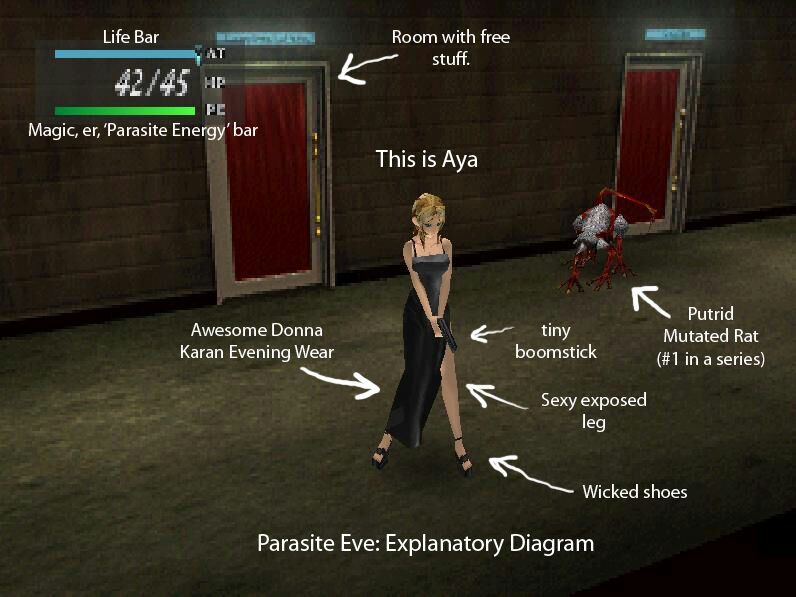 Something i will say (mainly to anyone that bashes this game). Just take into account this was the first major American / Japanese game development collaboration for Square. Without it there may not have been many of the great Squaresoft releases we know and love today. (at least in terms of western releases).

I hope you enjoyed this look over some of the horror classics from my PS1 days. I’ve tried to avoid any spoilers for anyone that’s not played these. (For those of you that haven’t, all I have to say is… WTF?)

You may have noticed that throughout this list there seems to be a bit of a theme. Things that link all of these titles but are missing from a lot of the current gen horror games. The Pacing, suspense and puzzles.

Feels like somewhere along the lines they lost sight of what made these games classics. They decided that instead waves of monsters and a lack of ammo would pacify us as scary. BRING BACK THE CLASSICS!

2 thoughts on “5 Horror Games That Deserve a PS4 Remaster”