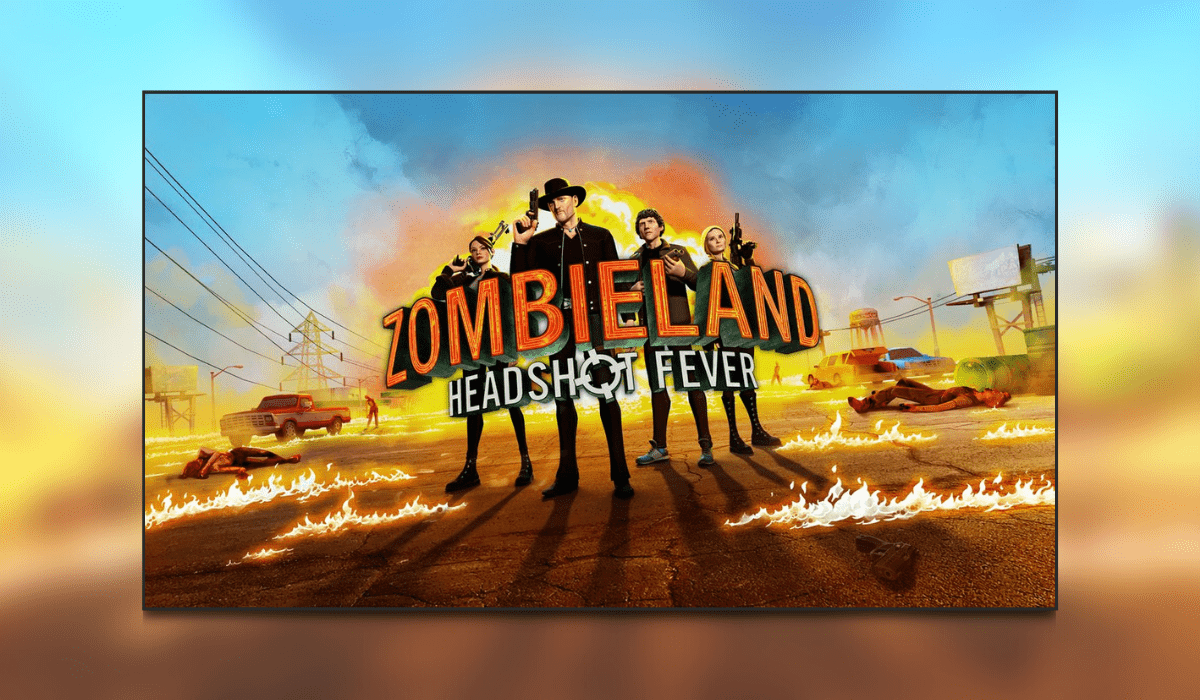 Nominated for VR Game of the Year at the 2021 VR Awards, Zombieland VR: Headshot Fever is an arcade light gun racing shooter built for VR. Zombieland VR combines arcade shooting from ‘The House of the Dead’ with checkpoint time trials from racing games.

Following the hugely successful release to the Oculus store on 25th March 2021 where it was nominated for ‘VR Game of the Year’ at the 2021 VR Awards, Zombieland Headshot Fever has now launched onto the Steam store. With support for HTC, Valve, and WMR headsets, The leaderboard is definitely going to be opened up with new competitors.

You can check out our Oculus Quest 2 review for Zombieland VR: Headshot Fever here.

There have been no overhauls to the gameplay for the Steam version. Not that it needed any. It plays smoothly as you would expect. The biggest change that stands out is that on initially loading the game, you are given an option to disable gore. This is a part of their commitment to enabling streamers and content creators to release content with no hits to their monetization.

For any new players, ill give a quick overview. On initially loading the game for the first time you play through a short tutorial. This introduces you to the reloading mechanisms and also the “adrenaline” system. Adrenaline is enabled by hitting 2 headshots back to back on a single target and is stackable. The more you can string together the better your overall time per each of the courses. The overall aim of the game is to race for the fastest time per course against yourself or the global leaderboards. The more courses you play through and unlock. The more points you unlocked for weapon upgrades as well as special perks.

As you would expect. The PCVR version allows for more higher-end graphics than a stand-alone Quest. This being said it still felt like the original game we know and love. This is no surprise following the Win for ‘Best Video / Audio’ in the VR category at the 2021 NYX Awards for the Oculus store version.

I played on an Oculus Quest 2 via link cable and was impressed from the get-go. Buttery smooth, beautiful graphics throughout with a fantastic colour scheme.

The ability to run a course in around a minute is perfect for those on a time restraint. While you can also very happily spend hours playing trying for that perfect run. I believe that the ability to compete against yourself, friends, or the global leaderboard adds huge replayability value to the game. It also makes for a great party game. Run a course, pass to the next person, and compete against each other. There are also in-game unlockables such as weapons and perks as well as 31 Steam achievements.

There is a very valid reason that we have seen Zombieland Headshot Fever reach the top 10 in the Oculus charts and be featured twice in the “games we love” section. Its capability to be both nostalgic and modern, Laidback yet competitive truly set it apart from its competition. For these reasons, it is still in my top recommended games for VR users both old and new alike.

I am pleased to award Zombieland VR: Headshot Fever with a Thumb Culture Platinum Award