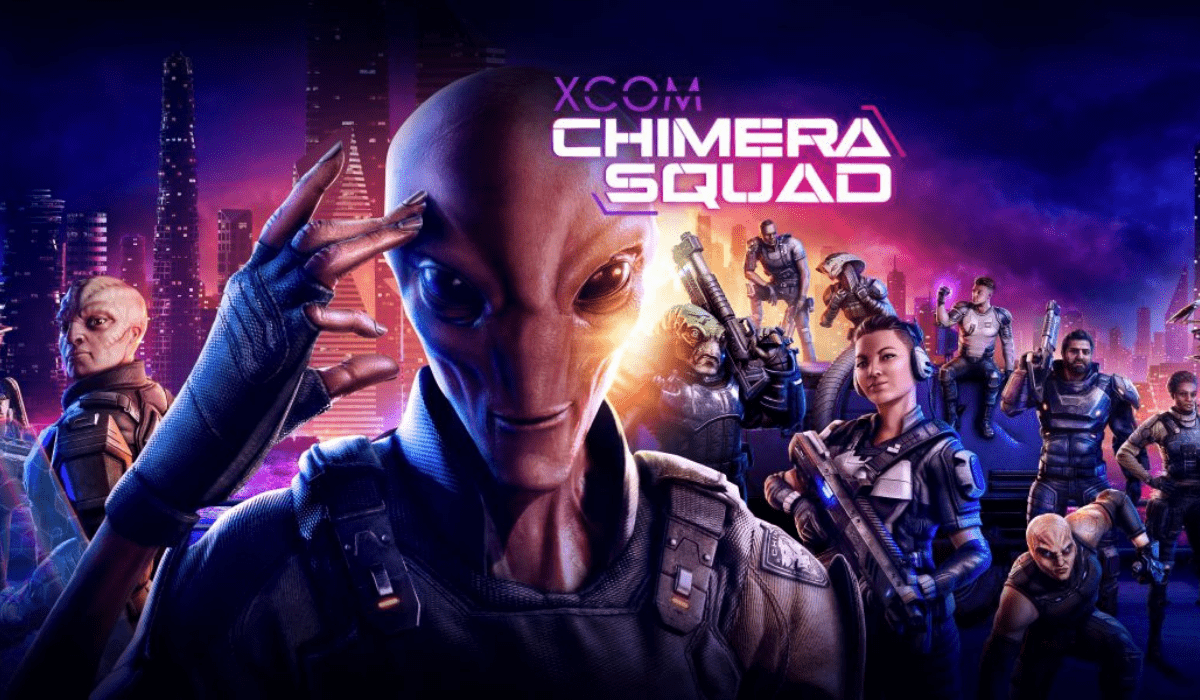 XCOM: Chimera Squad by devs Firaxis Games has been out since April 2020 and is part of this month’s Humble Bundle deal!  If you are a lover of turn-based tactical strategy games as well as get a kick out of beating up some alien enemies then this game is certainly a must-have for you!

I know I’m late to the party with getting to play this game however I cannot wait to see how this compares to the other games in the franchise as I am a huge fan!  Let me know your thoughts on this game in the comments section below!

For those of you that have never played an XCOM game, you do not really need any prior knowledge of the previous iterations as one thing Firaxis are good at is spoon-feeding you the basics via the opening missions.  Chimera Squad is set 5 years after the events of XCOM 2 however where the previous games have been set on a global scale protecting the world from alien invasion and control, here you find yourself watching over one area, namely City 31.

In Chimera Squad you command a special XCOM division who has been sent to keep the peace within the city and take down the criminals that the police are having trouble handling themselves.

One thing that past XCOM players will notice straight away is that the battles are on a much smaller scale.  Where before you landed your Sky Ranger onto a sprawling map with limited vision and then carefully proceeded to make your way to the objective using stealth, in Chimera Squad you are tasked with breaching into a building.  This is sometimes with a selection of entry points producing both positive and negative effects, and then immediately taking on the aliens within that space.  Everything happens a lot quicker!

Using turn-based mechanics you have up to two actions per squad member that basically allows you to either move within a short-range defined area and then fire or move in an expanded range and hope that you have done enough to protect that character.  Every squad member has their own unique skills and abilities that you must learn to use at the correct moment!

The way that the turns are taken has changed a little in Chimera Squad.  In previous XCOM games, you would go around your entire squad moving them into locations and taking your shots. Here you will find that once the initial breach and element of surprise has worn off, your turns are interleaved with that of the enemy. You take one character’s turn, the enemy will then take their character’s turn.  I must say that although this is a small change it wildly alters the gameplay as you can now see the turn roster and who on the enemy team is going to go next, making them not only predictable but also a prime target!

The encounters are just one element of Chimera Squad.  When you are not diving through windows and turning unsuspecting criminals into a gooey mess, there is a lot for you to work on back in command central.

The map of the city is split into 9 districts that each has its own arrowed bar dictating what the level of unrest is.  Naturally, you want to keep this as low as possible.  As each day passes the bar increases, should the district turn red then city anarchy increases.  If this completely fills up then it is the end of the game.  Of course, this is where you and your squad come in.  By completing missions or situations you can decrease the unrest in that district.

You will find that it is tricky to be everywhere all at the same time so it is possible to send a field team to a district to help supervise the lowering or freezing of the unrest.  Additional perks are granted depending on the field team option for the district so choose wisely!

Research, Special Ops, and Training are a big feature in Chimera Squad as these allow you to earn and build much-needed upgrades such as weaponry and armour as well as buffs that make the missions slightly easier to handle.  Always make sure that your squad is being kept busy as you do not want them sitting idle when you could be gaining rewards!

I can’t finish the gameplay section without mentioning the squad that you get to play with.  Where in the past XCOM games you could create your own character within reason, give them a name, alter how they look, etc., here you are given a choice of 11 defined members.  Each of them has their own unique skills and personalities and the squad of 4 that you bring along to each mission is dependent on you.

The squad banter is brilliant and really brings to life the comradery of the team, something that has been missing before.  I found this really helped to both bring the storyline and encounters to life, making battles not feel repetitive.

On completion of missions you may get the chance to promote the squad members, this follows a skill tree as seen before in XCOM, once more choose wisely as the option selected is irreversible!

Can you handle the pressure of City 31 and command Chimera Squad to victory?

I played Chimera Squad on my PC running a GeForce 1660 Super and it ran flawlessly.  The graphics were smooth at all times and displayed no juddering during any of the gameplay.

I love how Chimera Squad has introduced a comic-style approach to the way that the storyline is told, I found it very refreshing as it is different from the previous XCOM Games, this time with a lot more humour interjected.

The level of detail both in and out of the encounters is brilliant and cannot be faulted, smashing through glass windows has never been so much fun! Oh and of course the traditional cinematic camera work is still present when taking a shot, just hope you make that hit!

The music is a mixture of progress futuristic beats along with dramatic film score moments to heighten your gameplay while reflecting on the situation that you are in.

The voices of the characters are brilliant with a lot of comedic one-liners to ease the tension at times.  Shouts of “It’s just a graze” as you see one of your character’s health plummet to 1 makes you both laugh and wince at the same time.  Weapon effects are awesome giving you a real kick when your energy beam or rifle connects with the enemy, splattering them everywhere.

The main story of Chimera Squad is said to be around 22 hours long and is a lot shorter than XCOM 2.  Your gameplay can be expanded however by taking on all of the side missions within the city.

With the encounters being fairly short in nature, this does help if you are a busy person that enjoys turn-based games but maybe does not have long sessions to be able to play.  Here you can play at least 3 or 4 encounters/side missions in an hour and save at any point without having to think really hard when you pick up once more on what you were doing.

I was apprehensive when I first heard of Chimera Squad however having had the opportunity to play it I found it to be a really well-engineered XCOM game.  The storyline is really good and sucks you right in, aided by the squad characters’ chemistry and banter.  The short missions allow you to either give it a good blitzing or have a nice casual relationship with the game, either way, it is the same end goal.

If you fancy something to give your strategic mind some nourishment then head over to Humble Bundle and pick up XCOM: Chimera Squad, you will not be disappointed! 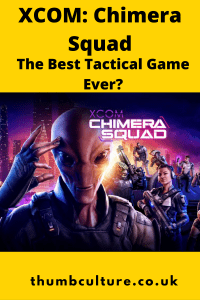