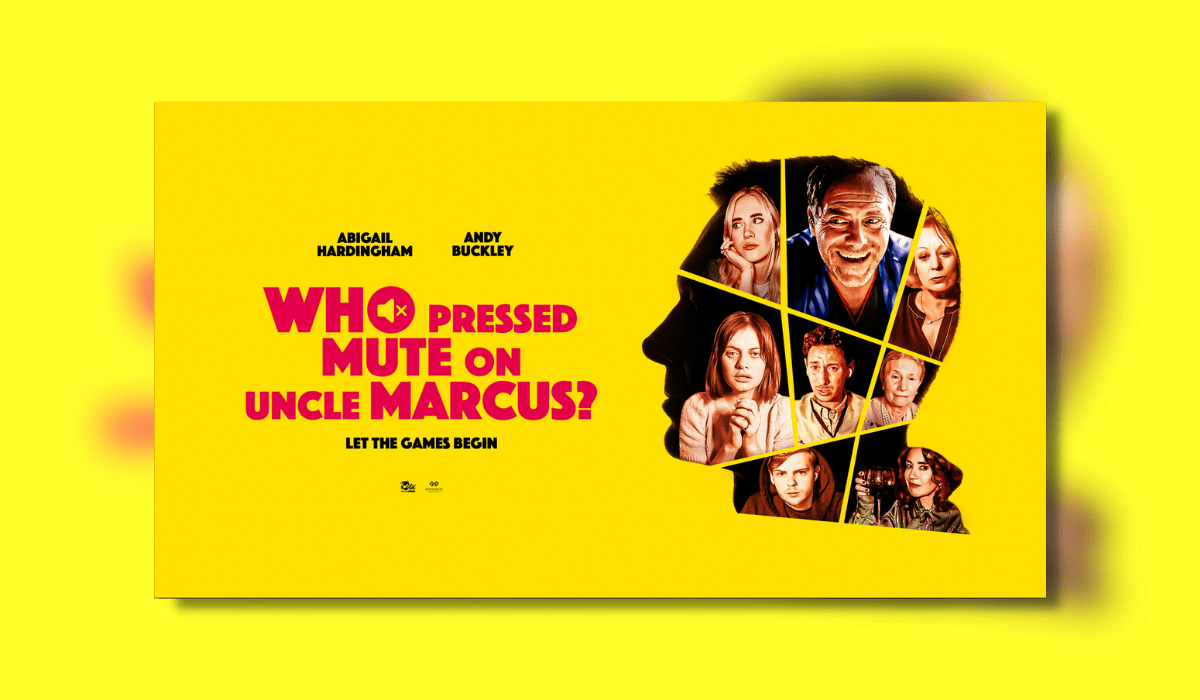 Developed by Good Gate Media, Wales Interactive and published by Wales Interactive. Who Pressed Mute On Uncle Marcus is a who done it FMVvideo game that gets your brain tinkering. It was released on the Xbox One, Playstation 4, Nintendo Switch, and PC on the 18th of March 2022. So let’s get our Columbo brain on in this Who Pressed Mute On Uncle Marcus Review.

Who Pressed Mute On Uncle Marcus Xbox One Review

It’s that time again for me to jump into the world of FMV video games and at the moment nobody is doing them better than Wales Interactive. Along with Good Gate Media, these FMV video games keep adding that little extra to make you really want to play these types of games.

This time it’s a good old classic who do it murder mystery. Having been a huge Columbo fan since childhood I love a little detective work in my video games and Who Pressed Mute On Uncle Marcus doesn’t fail in that aspect. So let’s get our thinking caps on shall we?

Once again with FMV video games, it’s not about the gameplay but more about the acting and storytelling because there isn’t any gameplay to do exactly. Everything is done by just pressing one button but that doesn’t mean the game doesn’t have anything to offer. The plot of Who Pressed Mute On Uncle Marcus is a soon to be murder mystery.

You take control of the main character Abby (played by Abigail Hardingham) and it’s your job to figure out who poisoned uncle Marcus at a recent family meeting. Along with uncle Marcus’s aid, you have a limited amount of time to figure out how he was poisoned and what with. This makes the task a tad easier as the whole family is participating in a family quiz via zoom.

This isn’t a game that you can fully complete in a single playthrough. But as each playthrough is only around an hour long and each piece of evidence you collect carries over to a new game. You will have ample time to grill all the family for enough information about what happened that night at the family meeting and to make your concussion at the end.

Each character has their own personality and you either love them or hate them. Some acting performances leave little to be desired but some are just great. Especially from the ever-talented Gabrielle Glaister. Many may remember her from her years on TV Casualty. There is also a stellar performance from Andy Buckley as Uncle Marcus who has starred in everything from Will & Grace to the American version of The Office.

The game is entirely FMV so there are no graphics. It’s all about the performances so as for commented about graphics. Well, that just can’t be done. I’m actually going to say the same as well for the audio. There is no music at all throughout the entire game. Well not that I can recall. But in a video game like this. I don’t think you need music or any kind of musical score. I think the performances of the actors do the whole ambience of the game justice enough.

Without giving away any spoilers I can say I’ve played through this game 4 times and there is still a lot of stuff I have missed. The one thing about these Wales Interactive games is that there certainly is a lot of replayability.

There are story many choices you can make all while missing choices as well so that gives you the motivation to go back into a new game and ask questions you previously missed. On a whole, I would say that if you really wanted to cover every angle of the investigation then you’re going to be playing through it at least 8 or 9 times.

You would think that I would get boring and repetitive after the first couple of times but it doesn’t. Trust me when I say the humour of the characters is enough to give you another playthrough.

Who Pressed Mute On Uncle Marcus is that it is a great little game if you have a couple of hours spare and you don’t mind doing a little detective work. The acting is great and the different personalities of the characters make it fun and you actually laugh along with them. This game for me is perfect for a Saturday night with a loved one and a takeaway.

The thought process and the writing is great. That is why I’m going to give Who Pressed Mute On Uncle Marcus the Thumb Culture Gold Award.