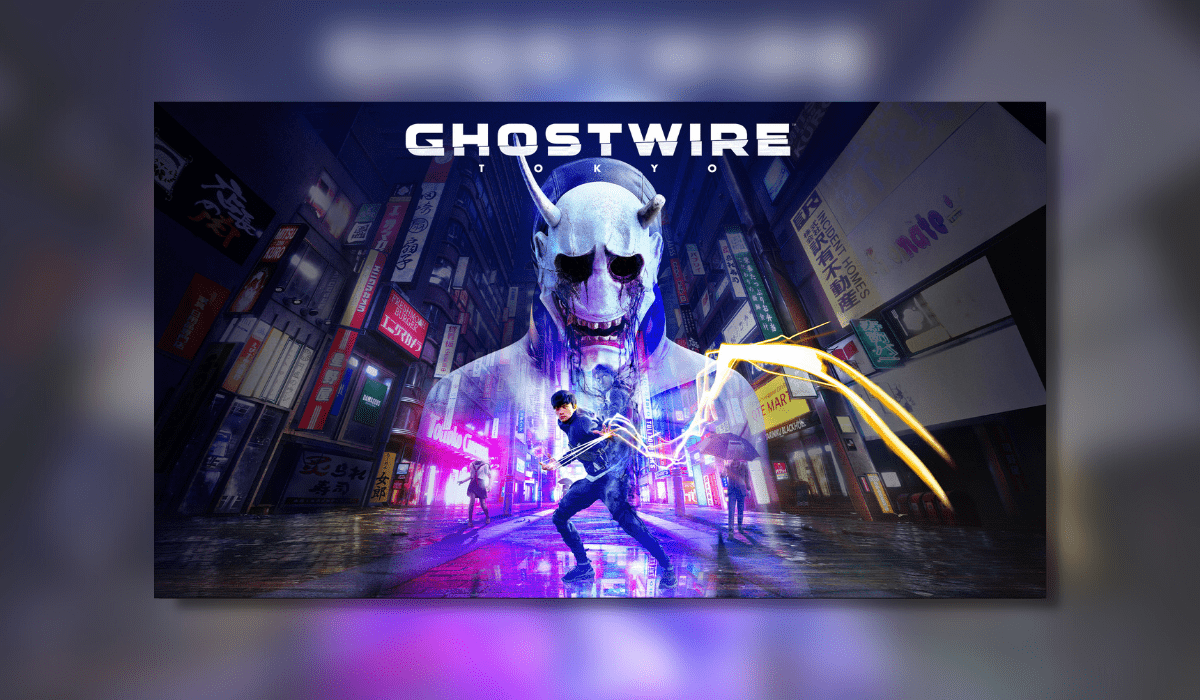 Ghostwire: Tokyo is the new action-adventure from Developer Tango Gameworks and published by Bethesda Softworks

Releasing as a 1 year timed exclusive on Playstation 5 and PC.

Originally announced at E3 in June 2019, it caught my attention. Now that I’ve recovered from my reaction to Avengers EndGame, I can move like Doctor Strange! At least, that was my first reaction. It was not until Microsoft acquired Bethesda in September 2021, that Ghostwire: Tokyo was confirmed to be a timed console exclusive expected to arrive in 2022. This is when that reaction to the game was one of intrigue and a desire to get hands-on with it.

That time has arrived and I am on the Playstation 5.

This first-person action-adventure sees you battle against the spirits in a bid to save Tokyo from spirits that seem to be under the control of Hannya, a masked figure. What are the motives behind this group, how do they control these spirits and where has everyone gone?

In the aftermath of a car accident, we witness a troubled spirit (KK) possess the body of our close to death protagonist Akito. Fog rolls in from all sides and the bodies of onlookers vanish. All that’s left is a pile of clothes and their spirits as an army of spectres known as “the visitors” come in and capture the spirits in floating cubes.

Tokyo is cut off from the outside world, and piles of clothes litter the streets serving as a permanent reminder of the lives lost.

Akito was on the way to see his sister Mari in the hospital when the accident occurred. Upon arriving at the hospital Hannya has already discovered Mari laying in her hospital bed. Mari is an unwilling catalyst for Hannya acting as a link between life and death.

The struggle between Akito and the spirit of KK with both personalities having different goals. As time progresses the realisation that they need each other becomes more clear. The bond begins to grow and the powers available to Akito

The photo mode is a little lacklustre at the start with a handful of poses available. With this in mind be added to the game at a later date. I wasn’t able to get a picture showing Akito’s powers which I think would have been a central point of the inclusion of photo mode. With this in mind, there is a pre-launch patch scheduled for March 22nd which will help these issues.

The ability to match the graphic modes to a wider range of specifications and preferences is a massive plus. Most new releases now feature the standard Quality and Performance modes.

To check out Ray Tracing capabilities, I selected the Quality mode. I felt dubious because of the fog blocking a large area. I wasn’t sure if this was to focus on a smaller area. The fog lifts when Torri gates are activated revealing Tokyo in all it’s beauty

With Tokyo being deserted you will be forgiven for expecting a quiet city. Strangely it is still active with the internal thoughts of spirits hanging in the wind. Animals play a big part of the game with mystical cats taking the place of vendors, dogs that can lead you to treasure and many others to discover on your journey.

Flying overhead you will hear Tengu which you are able to grapple on to get you to the tops of the building. These have quite a unique noise that I can only describe as an asthmatic Tardis. If you haven’t yet played the game I apologise because I am sure that image will now haunt your playthrough.

Aside from that, the soundtrack is what you would expect, a haunting Japanese style that does well to build tension and adds to the atmosphere.

There is a lot of areas to explore in Tokyo, if you want to go through the story ignoring all side missions and exploration you will be looking at 15-20 hours. For those gamers who like to experience more, there are upwards of 30 side missions and collectables that could double your game time for full completion. It is hard to nail down these times with so many different players and abilities. These are based on my own experience within the game and my eager nature to explore!

Ghostwire: Tokyo ticks all the boxes for me. An enjoyable action-adventure with a captivating story and a beautiful location. The gameplay is crisp and clean which has no doubt benefitted from the extra-time Tango Gameworks had following the delay in release from 2021.

PlayStation owners are now left wondering what the future holds as Deathloop and Ghostwire Tokyo were the only confirmed exclusives left. Bethesda themselves, now part of Microsoft, have stated that future availability will be determined “case by case.“.

It is a superb closure to the known situation and I am sure Xbox owners will get their chances to play when the exclusivity deal finishes. It is for this reason that Ghostwire: Tokyo gets the Thumb Culture Platinum Award.