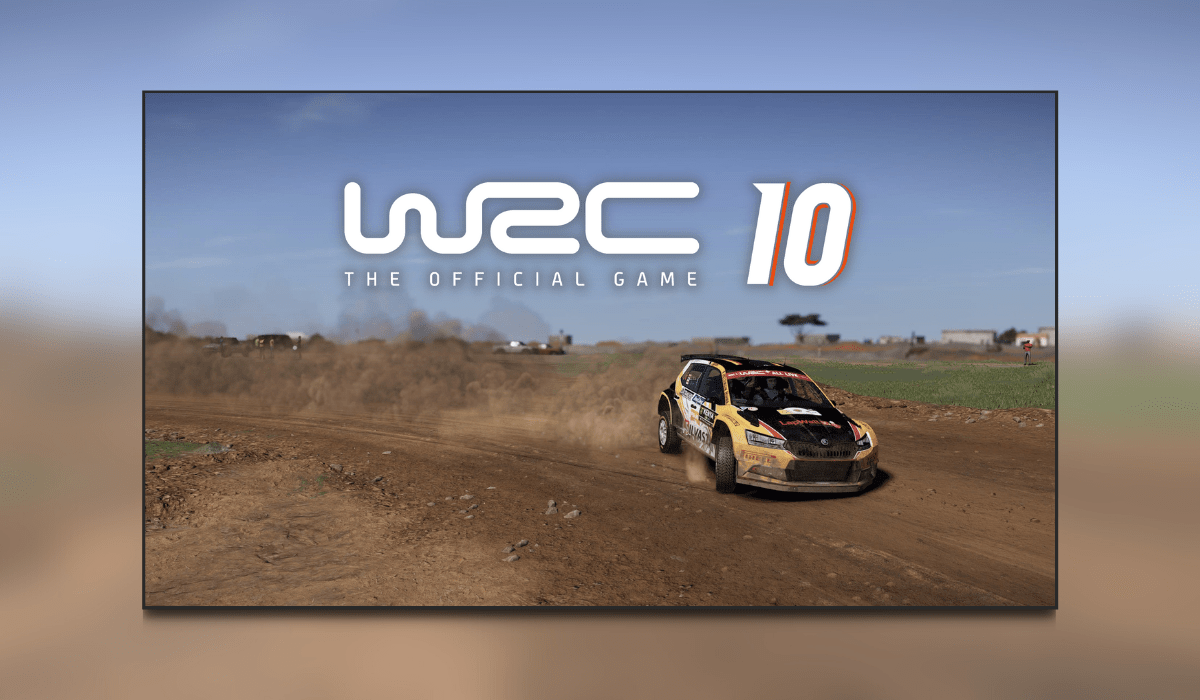 It’s Autumn, which means it’s time for another WRC game. Often with annual releases, updates are usually quite minimal, but that’s not always necessarily the case. WRC 10 builds upon the successes of the previous game which was already a huge leap forward from its predecessors. A lot of the game is largely the same, so we will briefly touch upon those points but focus more on the updates.

Developed again by KT Racing and published by Nacon, the franchise is also set for another year. WRC 10 was released almost a year to the day since WRC 9 on September 2nd, 2021, and is available on PlayStation 5, PlayStation 4, Xbox Series X/S, Xbox One, and PC, with a release planned for Nintendo Switch at a later date.

Check out my review for WRC 9 here for an in-depth look at the modes not covered here. WRC 9 set the bar pretty high, so get your seat belt on, and let’s check out what’s new.

All the gameplay modes from the previous game are here. Career Mode is where you will spend most of your time. Here you will not only be driving but also be in charge of the whole business management. In Season Mode you get all the fun of the driving without the hassle of paying the bills and keeping your crew happy. Clubs make a return in the online multiplayer as well the daily, weekly, and monthly challenges.

There are over 120 stages to race through including the newly added shakedown stages which you will most definitely want to do if you want an additional set of tires. There are four new rallies to take part in as well; Croatia Rally, Rally Estonia, Ypres Rally, and Rally de Catalunya. Choose from one of 52 official teams and off you go. Also for the first time, you can create your own liveries and even create your own team. Two-player split-screen has also been added, so get your co-driver over and don’t forget the beers.

The biggest update to the game comes in the form of its golden anniversary celebration. Despite the fact that the World Rally Championship hasn’t actually been around for 50 years, since it started in 1973, we will let them off considering the amount of content that has been included. The best thing is that you can play this content from the start. It is otherwise included within the optional historical events in your career. I simply was not prepared for it though. The cars handle so differently. Very touchy on the throttle mostly. The first couple of stages felt good, almost too good. Then came the third stage and I just feel like all my driving skill was gone. It just got really hard, and there isn’t a way to lower the difficulty either.

There are 19 historic events to take part in, these are events that have shaped the world of the WRC. This of course means that you will have some amazing and iconic cars to drive. They range from Group A right up to recent times and include icons such as the Audi Quattro, Lancia’s Stratos and Delta Integrale, Toyota Celica GT-4, Peugeot 205 Turbo 16, and more. The 1997 Subaru Impreza of Colin McRae and Mitsubishi Evo V of Tommy Mäkinen are as yet, locked in as a pre-order bonus, though I am hoping they become available.

Improvements have been made to the handling to make this the most immersive version of a WRC game yet. It is still a bit skittish and I don’t see a huge difference with driving with traction control turned on or off except on the asphalt surfaces. That being said, it does feel like a smoother drive than its predecessor, though the video below might disagree with that statement.

The haptics on the PS5 controller work well regarding the gravel surfaces, brake, and accelerator pressures. When driving on gravel, you feel each chip as it finds its way to the underneath of the wheel arches. In contrast, driving in the snow or on asphalt offers a much smoother experience. When driving, the accelerator can feel a bit spongy on the looser surfaces, but there is a good amount of resistance on the tarmac simulating the friction between the tire and road well. Again, in contrast, that resistance will all but disappear if the car was to jump, being in the air with no friction, so make sure when you come back down to earth you don’t have your foot to the ground. That could end in disaster.

WRC 10 stays in the sim-cade territory and while there are still a few kinks to iron out, it is still an improvement over WRC 9.

Last year I complained about puddles. It’s always the damn puddles! But, I am happy to say that the puddles look great this year. WRC 9 was visually impressive for a late PlayStation 4 title, and as such, WRC 10 is the same for an early PlayStation 5 title. Could it be better? Yes, I believe at this stage there is room for improvement. Some of the vegetation at the side of the road are pretty wooden looking. Even to the point that in a replay they don’t react to the wind produced by the car as it whizzes by. You do get a real sense of speed graphically when driving, but lost the occasional screen tear which could see you in a ditch.

Still, it does look good and you can see for yourself in the video below. Here I compare WRC 9 which was played on the PlayStation 4 Pro against WRC 10 on the PlayStation 5. Just excuse the driving, F1 is my forte. When you have been playing F1 for so long, it’s tough to adjust your driving style. That’s what I tell myself anyway. This video also sees the drastically different load times on the two systems.

Improvements have also been made in the audio department too. You can now change the co-driver’s voice which was also something I wanted last year. You can have a female voice which is nice in moments where you need a bit of calm. Though they can be a little condescending if you find yourself off the track, to the point I want to get out and say “Right, you ******* well drive then!”. While on this subject, I wouldn’t listen to them all the time. While they are often right with their instructions, I mean, that is their job, they can also be totally wrong.

You can hear the crowd clapping as you pass through but as you look at them they are just standing there (insert laughing emoji with tears). Seem’s like something you would expect to notice from a PS1 game but, it’s a bit comical. But, every splash, crash, slide, and drive sounds as brilliant as you would expect as I believe the developers went out to actually record these sounds, and not create them.

Being as you can’t skip straight to WRC in your career, which might be a bit annoying for seasoned drivers, as it is mandatory to compete in the Junior category or WRC3 so there are plenty of hours to be had here. Add the multiplayer element to it both local and online and you have an endless game really. While the servers aren’t bursting with drivers, there are certainly more than there were last year at this stage.

The gameplay is still solid with some improvements, yet there is still a little room for more. The 50th-anniversary content is a real treat and the cars handle so differently from their modern-day counterparts. The career is as in-depth as it was before, maybe a little more so. Overall, this is the best version of a WRC game to date.

Last year I gave WRC 9 a Gold Award, but as WRC 10 has better puddles (among other things), it also gets a Thumb Culture Gold Award, just a higher version of it. KT Racing, just iron out those little niggles, and hopefully, it can be a Platinum Award next year.