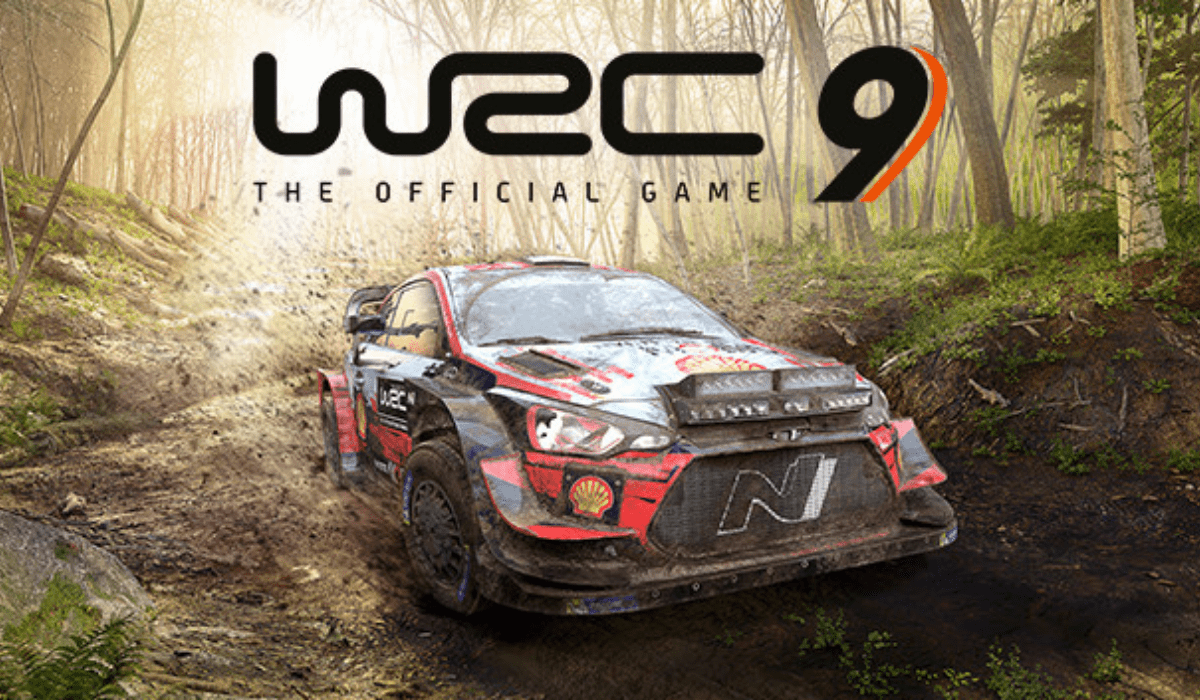 WRC 9 is the latest game to be developed by Kylotonn (KT Racing) and published by its parent company Nacon (previously Bigben Interactive) and is the official game of the 2020 World Rally Championship.  Kylotonn and Nacon have been working together successfully since WRC 5 to produce these games so it is fair to say they are very much qualified to continue the series, with WRC 10 and WRC 11 confirmed.

WRC 9 will be available on Playstation 4, Xbox One, PC and Epic Games Store from September 3rd, with a released scheduled for a later date on Nintendo Switch.  WRC 9 is also being developed for the Playstation 5 and Xbox Series X with more details to follow in the coming months.  With WRC 8 being a big hit, what can we expect from the latest instalment?  Let’s find out!

With WRC 9 being the official game of the Rally World Championship, it includes all 13 stages of the 2020 season.  This sees the return of Kenya Safari Rally, Rally Japan and Rally New Zealand.  As well as the additional tracks, WRC 9 features all drivers and up to fifty official crew members spanning the four divisions of the WRC.  Furthermore, there are more landmark vehicles from WRC history added since WRC 8, including the legendary Lancia Delta Integrale, winner of 6 consecutive WRC Constructors’ Championships between 1987 and 1992.

Within the single-player mode, there are a plethora of options available to you.  Career mode is where you spend the bulk of your time.  In your career, you will compete in races and historic races. You will also be responsible for hiring and firing your crew and managing team negotiations.  To aid you through this there is a simple, but in-depth R&D skill tree.  Using this will enable you to train crew to be more efficient, negotiate better terms, improve parts and much more.

The career follows a calendar style where you will pick an activity for each day.  You will begin with a manufacture tryout, where I would highly recommend that you start in the Junior WRC.  Not only will this give you the full career experience but it will prepare you for faster divisions.  You will also have the opportunity to participate in training days extreme conditions challenges and historical races.

All of these will help to build up your relationship with the team, and the team’s reputation.  It is also worth keeping an eye on the objectives set out by your team, these will further enhance your reputation.  And of course, there is the all-important race day.  Each day will consist of four stages at the location in dynamic weather and on various surfaces.  Also, do not forget your rest days.  It is important that your crew are healthy and morale is high.

If you’re not used to rally games, it would be worthwhile to undergo some of the training at the main menu.  To drive successfully, it will require finesse, precise steering and meticulous throttle and brake control.  There are some small improvements to the driving physics when compared to its predecessor, WRC 8.  Suspension and weight transfer all feel more authentic, but you can set up the car however you wish to see what works best for you.  There are a number of assists you can turn on and off.  For the true rally experience, I would recommend to turn traction control off, damage on full – be careful.

In addition to the career mode, there is season mode. This is basically the same as career mode, but without the responsibility of managing everything.  There is single race quickplay and training to take part in to hone your driving skills.  And lastly, one of my favourite sections is the challenge mode which offers an assortment of scenarios varying in difficulty to really put your skills to the test.

When it comes to multiplayer there is plenty going on.  In online multiplayer you can jump into a quick game, find a lobby or create your own.  When creating your own, the parameters have no limits.  Choose whatever rally, stage and category you like.  Set the damage level and away you go.  The only thing the host has no control over is the weather.  There is now a clubs mode where you can create custom championships and compete with friends.  Another new feature to be introduced later in the year will be a co-op mode.  One person will be the driver and the other will be the co-driver responsible for reading out the pace notes in real time.  Many friendships being lost here no doubt.  There are also daily, weekly and special events to compete in to become top of the online leaderboard.

What else is new?  Esports, that’s what!  Starting next year, there will be an official WRC esports tournament and WRC 9 will be the game to host it.  Many of us have had a lot of time to hone our driving skills during the recent lockdown so the competition will be fierce.  I am even tempted to have a go at it myself.  Lastly, there is good old fashioned split screen mode.  You and a friend can sit on the same couch, and battle it out just like the old days.

The environments created do a stunning job to echo that of their real-life counterpart.  Driving at speeds crazy enough to leave your liver on the back seat, on coastal roads of Wales, the wind blowing in the trees, you can be forgiven if you didn’t notice the slim textures the foliage is populated from.  Graphically, puddles are a bit of a low point, but it is more than made up for the actual rain effects.  To emphasise the attention to detail, just look at the smears on your windscreen after you manually activate your wipers.  Driving through the Kenyan Safari with the sun in your face, surrounded by wildlife is a visual treat but, try to keep your eyes on the road because that gravel is hugely unforgiving.

The car models and damage are also pleasing to the eye.  If, like me, you like watching replays to see how awesome you are, you can see where the attention to detail lies.  With an additional eight camera modes, making sixteen, it is an ocular feast.  For those who are colourblind, it’s a nice little touch that you can turn colourblind mode on for the symbols that correspond to tour co-drivers instructions. 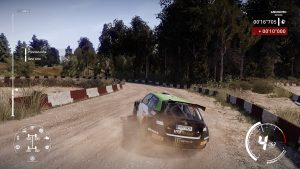 Slushy snow and grinding gravel.  Screeching tyres on asphalt with the exhaust barking at you as you accidentally put it in high gear going uphill.  Hefty metallic collisions as you inadvertently use a tree for a brake assist.  Sound is first-class, right down the water splash, which makes up for its graphical brother.  It would be nice to be able to change the accent or voice of your co-driver.  Although he is less annoying that the one in WRC 8, I think it would be a nice little addition.

Racing in Junior WRC, WRC, WRC 2 and WRC 3, and the ability to change teams mid season, there is enough content to keep you going until WRC 10 is released.  Once you factor in the online play, daily and weekly challenges for leaderboard bragging rights among your friends, the sky really is the limit.

WRC games have had a bit of a rough ride as of late.  WRC 8 brilliantly overhauled the career, and WRC 9  has taken that and expanded upon it.  With its deep career, expanded upgrade system, it is the most authentic WRC experience to date.  It is a game aimed specifically WRC enthusiasts.  I played this using a DualShock 4 controller and it felt good.  It didn’t feel as though it was specifically aimed at the simulation market.  I hasten to add, with more historic cars and events added to the roster, it could have been better.

The graphics could do with a little refresh, but it still looks good as it is and doesn’t take away from the experience.  According to Kalle Rovanpera (WRC-2 Pro Champion), “it drives and feels much more like a race car”.  I can’t argue with that!  I could sit here and compare it to other popular rally games, but WRC 9 does more than enough to stand on its own two feet. All in all, it is a good addition as we prepare to enter the next generation of gaming.

For these reasons, I award WRC9 the Thumb Culture Gold Award.