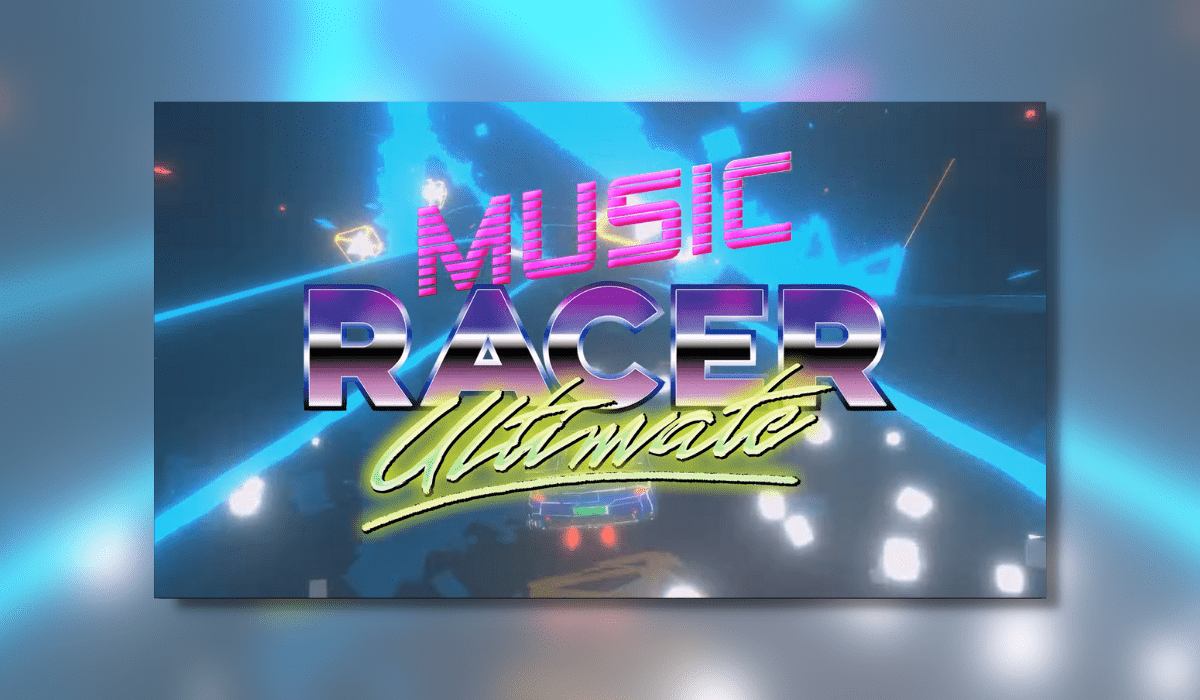 So have to admit that I have never played a rhythm game before. I know there are tons out there with Guitar Hero being the obvious choice among gamers. But the appeal of racing down a track in a fast car and hitting the right notes to the beat of the music seemed like a perfect fit for me. So let’s see if I crash and burn in this Music Racer: Ultimate review.

If you enjoyed this review then why not check out my latest one here. You can also catch up with what the rest of the Thumb Culture team are up to on our social media.

So straight away I’m going to say that if you suffer from epilepsy or seizures then this game really isn’t for you. The game does come with a warning when you boot it up but because of the nature of the game, it makes it really hard to play for a certain amount of time. The flashing lights and strobing effect can be really bad, especially when a really upbeat song will kick in. So please be aware.

The whole idea of Music Racer: Ultimate is really simple. You pick a car, pick a track, pick a song, and race around the track hitting blocks that align in tune with the beat to the song. Even the controls are as basic as you can get because you only need to press two buttons. The left and right on the analogue or the D-pad to steer the car.

Each race will end when the song ends and you get and you get a total at the end of how many notes you hit and how many you missed. There are a lot of stages you can play through and more become unlockable as you spend in-game credits to unlock both stages and a wide variety of cars.

One thing I will say about Music Racer: Ultimate is that it is one, if not, the hardest video game I have ever played. Even on the easiest difficulty, you need to have lightning reflexes to hit the right notes. After using many cars and going on every track I still found it basically impossible to get 100%. You obviously don’t have to get 100% on a race but knowing that you can just make you push towards it. But I warn you. You will need to play a song over and over again with hours of patience and awareness.

The graphics and audio is the main department when it comes to Music Racer: Ultimate. As I mentioned earlier the graphics can be very overwhelming. While they look good with all the neon that gives it an 80s feeling. I couldn’t bring myself to play it for more than 30 minutes.

The audio is a completely different matter. This is where the game really shines. With an already impressive array of songs in the games library. You also have the option to install your own music via a WebDAV server from your computer or phone. Plus you can also race to music from the Audius service. Which is a library of songs from tons of artists from all over the world.

For a racing rhythm game, there certainly isn’t a lack of content. There are 14 tracks for you to unlock and you unlock them by using coins you collect through a stage. The later levels take some serious coin to unlock so you will be playing multiple tracks multiple times to get enough money to purchase the later stages

That also goes for the various cars you can unlock. While they don’t add anything speed-wise or make the tracks easier. They are just there for looks and cosmetics. But there are some really cool cars to unlock so that’s where the fun part comes into it.

My final thoughts on Music Racer: Ultimate is that the game caters to people who really love music and racing games and I’m just not one of those people. While I did have fun unlocking the many stages and cars while also rocking out to some of the music. I just think that it can get boring very quickly and the fact that I couldn’t play the game for maybe more than 30 minutes. The flashing and strobing effect of all the neon were just a little too much for me.