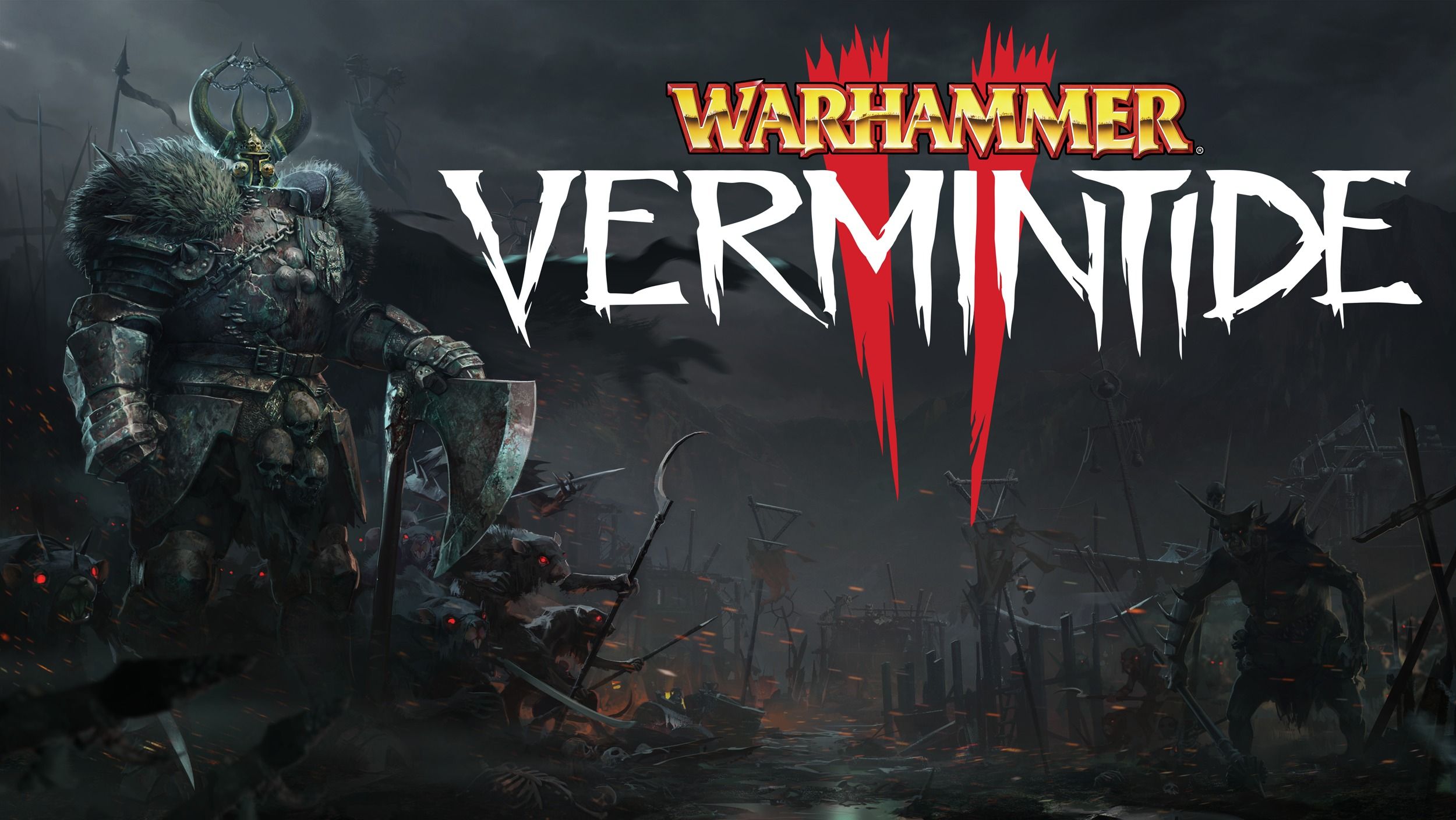 Using fire, axes, bows, and a healthy dose of name calling wage an all out battle against the forces of both rats and evil northmen in Warhammer: Vermintide 2.

Fatshark released Warhammer: End Times-Vermintide through Steam in 2015 amongst positive reviews. Following the familiar structure of Left4Dead it introduced us to the world of Warhammer and how much fun bashing in hordes of rat people can be. On March 8, 2018 they brought us Warhammer: Vermintide 2 for the PC to my excitement. Now after a month since release let’s see how it’s holding up.

Verminide 2 doesn’t change the future of co-op gaming. But man does it improve upon it. You start in a tutorial as Markus Kruber, one of the five classes to play in this game, who has been captured and placed into a cage. As the tutorial moves along it turns out you and your companions from the first game are set to be sacrificed and that the rat people from the Clan Fester didn’t appreciate the hindrance you gave them in the first game. Their leader Grey Seer Rasknitt, who you thought you killed in the first game, survived and is now allies with a group of Chaos Champions that worship Nurgle, the chaos god of Disease and Decay.  If those names alone don’t grab your attention then keep reading for the game play.

Action, adventure, and the ability to cut things in half at a moment’s notice.

Once you get through the tutorial you are given the ability to choose one of the five classes each of which has three sub classes that can change their abilities and game play. You have Markus Kruber the human knight who can go from being the typical melee meat shield to a sharp shooting forest hermit. Bardin Goreksson: the crossbow wielding dwarf who; can transform into a duel axe wielding slayer after you have levelled him up.  Kerillian: the elf who’s classes decided if you want to kill things rapidly from a distance or up close. Victor Saltzpyre: the resident Witch Hunter (and Leader/Buzzkill) who can cover all the different types of classes from DPS to crazed tank fanatic that gets stronger the lower your health. Finally you have the Pyromancer: Sienna Fuegonasus, playing her can go from Area of effect spells, signal target, to lighting your melee weapons on fire and going in like a bat outta hell. The classes feel different enough but not game breaking. So whatever your particular taste Vermintide 2 has you covered. The classes have been fine tuned in this second game and never during my playtime have I felt out of place nor overpowered by the other classes. Every sub class can find a meld with each other.

Stop trying to hit me and hit me.

Whatever class you end up picking be prepared to have fun. The combat in this game is beautifully done from getting a headshot on a special enemy or slicing through a horde as limbs fly off in every direction. I played most of the game as Markus Kruber cause I’m a sucker for any class that lets me use a two handed hammer. Seeing hordes of enemies rag doll across my screen was a delight and I could feel the weight behind each and every hit.  It was also fun to see my friends’ snipe creatures rushing towards me. The hit detection on this game is great and also can bring out the competition amongst your group as there are different scores at the end of each level for doing various actions throughout the game.

Hope that isn’t another horde coming…..

The game allows you to choose your level and also the difficulty. Obviously; the higher the difficulty the better the rewards are. But be prepared this game does not take it easy on you. Using something similar to the director form Left4Dead the games AI can send various special enemies at you as well as having hordes of the basic enemies come rushing at you from all sides. If that’s not enough of a challenge for you there is also collectables hidden in each level. These range from books that permanently decrease your health to tomes you have to carry with you in place of any type of healing item. If you can beat the level with these hindrances then at the end you are rewarded with ever increasing rewards in the form of better loot chest (AND NOT THE KIND YOU HAVE TO PAY FOR).

Slicing at an enemy’s left arm cuts their left arm. Decapitating their head cuts their head off. It feels great and looks better. I played the game on high graphics quality and it was such a treat. I never felt the frame rate decrease or get in game lag. I even streamed this game a couple nights and it didn’t slow down one bit. The gritty smog of war almost seems like it’s going to choke you as you make your way through each level. From going through a pillaged city, to a boarded up abandon church each setting is a beautiful back story to the overall game. Also playing find the dwarf in a field of grain is fun, as my friend replicated the raptor scene from Jurassic park and snuck around taking enemies out one at a time at the knees. The only issue I ever saw was when a body got stuck in a door or window from being flung and proceeded to rag doll and fly all over the place. However I will say this didn’t distract me and was funnier then feeling like a disappointment.

Each special enemy has a distinct sound and call out. The other characters talk smack and comment on each other’s ability in combat. Ranging from killing a group of enemies quickly, to wasting a health potion and getting called out on it both in game and in real life from your fellow players.  You can hear arrows wiz past your head. When you block an attack you feel it and hear it. The soundtrack is nice but gets lost in the constant sounds of battle. Overall the audio is well done.

This game will keep your attention for many, many, hours. Between the increasing difficulties and randomness of the enemy selection in game, each time you replay a level it will feel different. The game has yet to lose its draw on me and I can assure you I will keep coming back for more.

Vermintide 2 felt great and gave me and my friends many hours of enjoyment with more to come. The game is supported by Fatshark who are active on social media and really listen to the players. I look forward to the future of this game and the coming DLC that will be released. The first game kept on improving and I have no doubt that Vermintide 2 will deliver it as well. With over 500,000 units sold in its first four days upon release its safe to say Vermintide 2 will be here to stay for quite a while. I give a Thumb Culture Gold Award to Warhammer: Vermintide 2. Now let’s go kill some rats.