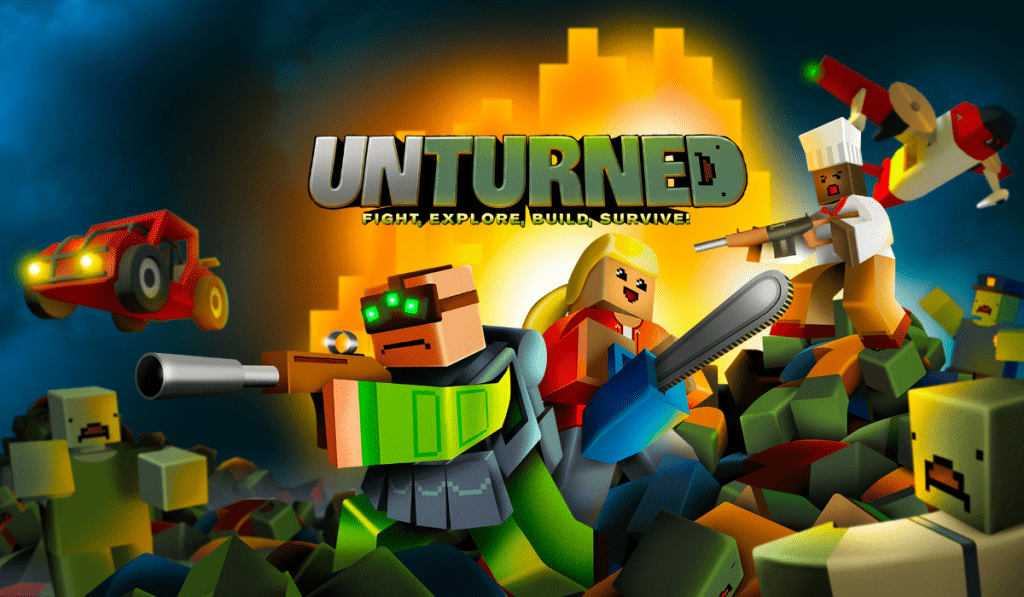 From developers Smartly Dressed Games and game designer Nelson Sexton comes Unturned on Xbox. If it’s a zombie infested world where survival with resource management and crafting is your thing then look no further as Unturned review offers it in abundance.

Going in Unturned I had no expectations which worked out for the best as it gave me many hours of fun and I’m sure it still offers you the same so let’s dive into Unturned and if you enjoy this then you can check on my latest post here and the rest of The Thumb Culture team on social media. 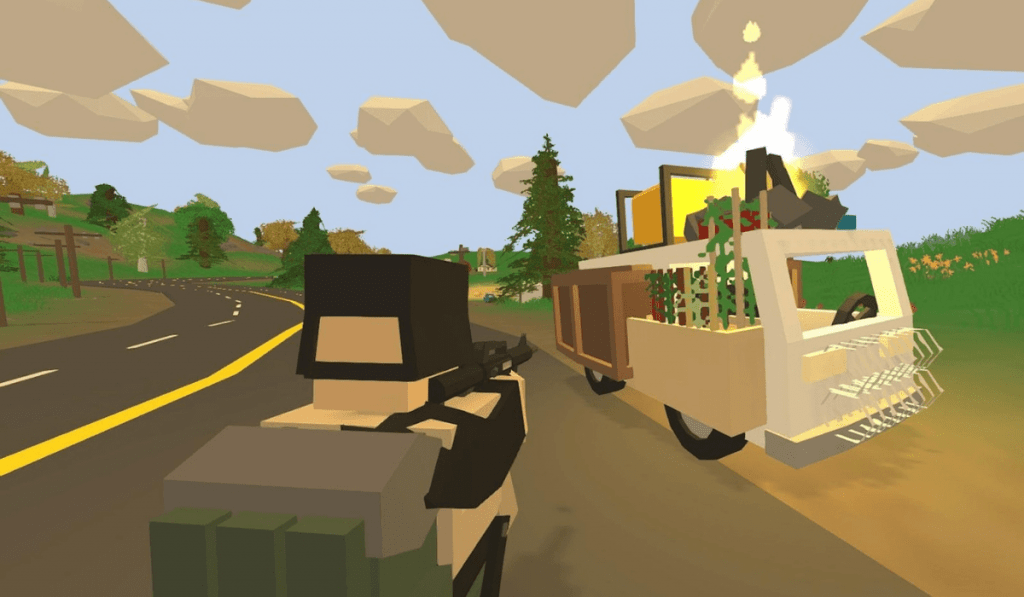 Unturned offers a wide variety of gameplay from plain survival to online co-op and it delivers both very well. Surviving isn’t just based on building and crafting but also taking care of your characters health, food, water and radiation levels as even one bite from a zombie can give you radiation poisoning and deplete your health over time.

Co-op can be a great experience because you can either choose to help each other or kill everyone in sight and loot their prized possessions so just like all online sandbox games. Be careful who to trust or all your hours of hard work can go in a flash.

Its story was enjoyable as it’s a departure from the usual virus outbreak games that are out there and will give you many hours of exploration on a huge map and speaking of maps. If it’s just a casual game you’re after then you can choose between 8 different regenerating maps.

One amazing factor of Unturned is it pays homage to the days of having cheats in a video game. At the beginning of you have the option to activate cheats which give you absolutely everything in the game right off the bat but be careful of multiplayer as it also goes over to that game mode as well. I’m not sure if that was the developers’ intention it can make for some serious mayhem against other players.

Its graphics are a great throwback to the old school games of giant pixels and bright colourful environments. I only experienced one or two times where some trees or the side of a building would just randomly disappear but nothing that effected its gameplay.

I found the audio to be great, it doesn’t have any music to speak of but its the lack of it that makes it stand out as all you hear are your own footsteps and the growling of any zombies that are around.

Running on its highest setting and on a 4K TV felt really smooth crisp. I had no problems at all when it came to frame drops or lagging and even in the multiplayer mode I tried a few different servers, and they all ran perfectly.

After plugging away so many hours and going through as much content as I could there will always be something to claw you back in as all open world sandbox games generally do. With so many classes to choose from the replayability value is high and then there is always online co-op play as well.

My final thought is that as Unturned has only recently been released on consoles then it will have awhile to live up to its PC counterpart that was released way back in 2014 but with some TLC this game can go a long way in the gaming world and Smartly Dressed Games can be proud of what they have achieved. I therefore give Unturned the Silver Award. 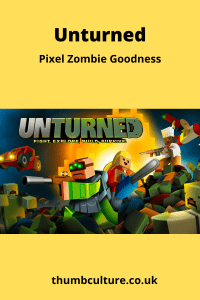