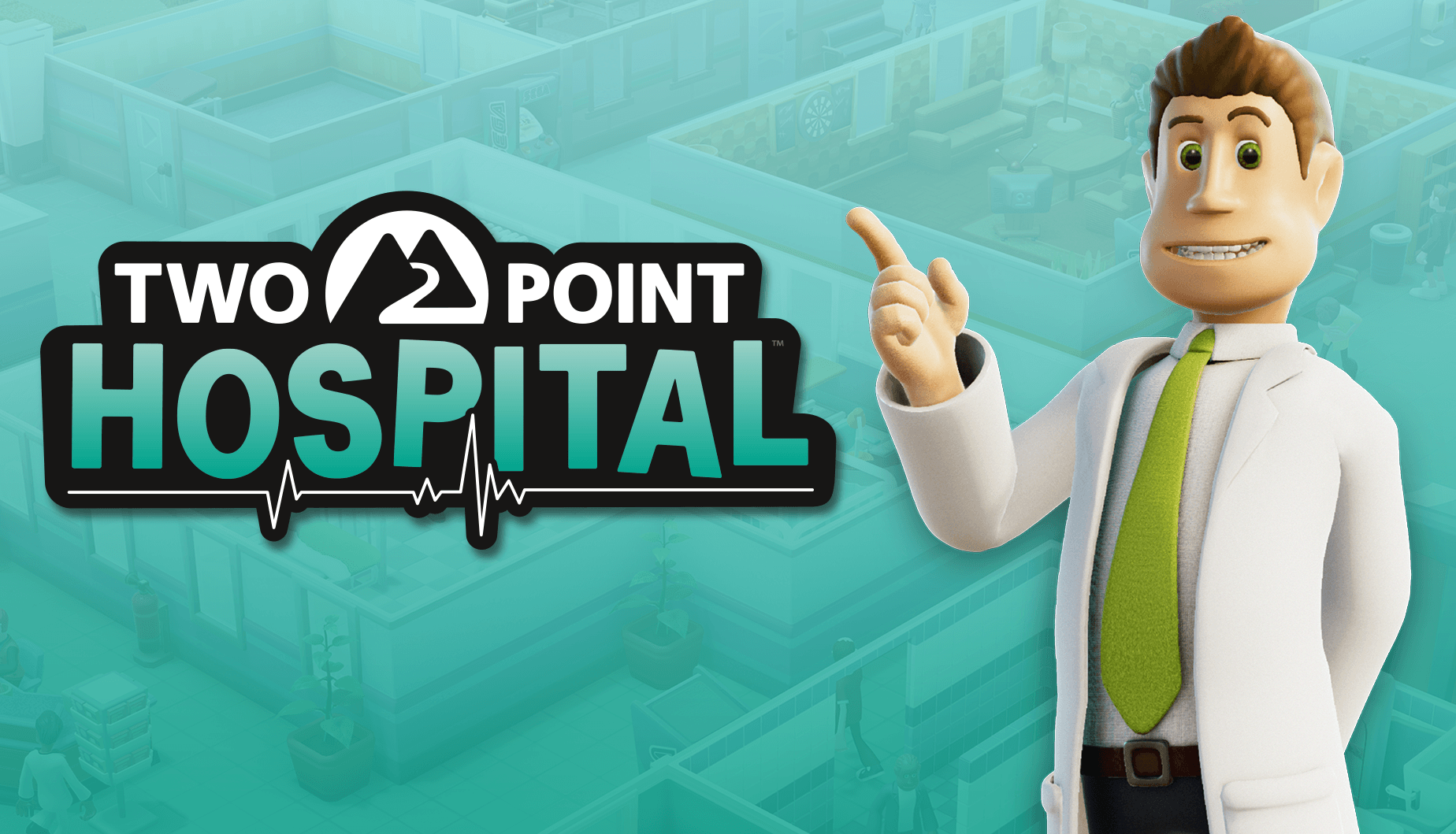 Back in the 90s, Bullfrog Productions were on top, creating hits, and making tidal waves with their Theme series. The first title Theme Park went on to receive countless rereleases, and multiple sequels. However, it’s spiritual successor Theme Hospital remained a cult classic, and only ever received a smattering of ports. For years, fans have clamoured for a new entry, and whilst there’s been pretenders, nothing has lived up to the heights set back in 1997. Until now.

Two Point Hospital, created by Two Point Studios, is the sequel we always wanted. When the game’s development is lead by Mark Webley and Gary Carr, two gentlemen responsible for the creation and direction of Theme Hospital, you can be sure it’s worth booking an appointment.

Originally released on PC in August 2018, Two Point Hospital is now open for business on the PS4, Xbox One, and Nintendo Switch from February 25th.

Two Point Hospital is a business simulation game. Your aim is to build and run a hospital. It’s a simple enough goal to understand. You need to ensure you’re making a profit, but to do so, you’ll find yourself asking Do you have enough GPs? Do you have facilities to cure certain illness? Are there enough toilets for people?

Where Two Point Hospital shines is in it’s depth. While on the surface level it’s straight forward, the amount of detail you can go into is staggering. Simply creating the rooms isn’t enough, you’ll hire staff, complete training and pay reviews, create marketing campaigns. You’ll need to question your hospitals layout, after all, you don’t want patients having to walk too far to get treated. Or what if they can’t find the café?

If you look at some later game builds, it’s easy to be overwhelmed. However, thanks to the superb pacing of the single player game, these mechanics are drip fed as you progress, and you’re given plenty of time to wrap your head around things. There will be times when you take a step back and just release how far your come since your early builds in Lower Bullocks.

With console releases of simulation games, the controls are where the game suffers the most. Prior to release, Two Point Studios told us that they’ve spent time really working with the controller, and it shows. Having played plenty of simulation games on various consoles, I can easily say this is the finest use of the controller to date. Two Point have just added so many small quality of life touches, you’ll wonder why it took so long to get here.

Alongside the gameplay, I must praise the charm and world of Two Point Hospital

It’s a fantastic looking game, and the port over to consoles hasn’t changed that one bit. Instead of going for an ultra realistic looking game, Two Point Studios have created a wonderful art style, which I believe will still look great 30 years from now.

For as in depth as Two Point Hospital is, it doesn’t take itself seriously. Whilst you’re trying to figure out how to improve things for Karen as she’s threating to quit, (you can’t afford to loose her when with that kind of diagnosis accurancy!), you’ll see Mummies, a ghost, and 7 Freddie Mercuries (or is it Mercuri?) wandering around your wards. And it all makes sense that to the cohesive art and tone.

Although there’s no real story (and let’s face it, there doesn’t need to be), the animations and dialogue you see will have you in stiches. Two Point Studios clearly had a lot of fun and passion when making this Two Point Hospital, and it shows.

There’s plenty to praise about Two Point Hospital, and whilst its audio is great, it’s just not as strong as everything else.

Sounds effects are suitably quirky and fit the tone pitch perfect. However, whilst the music does fit the game, hearing loops of similar sounding elevator music does become repetitive early on. Fortunately, there is a wide selection of songs, and there’s no bombastic tunes that sound out of place. It’s just really a case of two outcomes; either you turn the music off and play your own records, or it just falls into background noise.

It’s a tough task creating a soundtrack for a simulation game. By the very nature of it, your completing similar tasks over and over, so to create a song that can be played on a loop, stay memorable, and not become draining is a herculean task.

It’s simple, you will be sinking plenty of hours into Two Point Hospital. The base game features 15 levels, which you can finish in around 30 hours, but that won’t be the end. The console release also includes the Bigfoot and Pebberley Island DLC expansions, which adds a further 6 hospitals for you.

The more time you sink into Two Point Hospital, the more you will get out of it. Yes, well done, you’ve hit the 3 star rating, but in your heart, you’ll know that things could be more efficient. Or you can still tweak things to improve staff engagement, or maximise profit. Once it’s hooks are in you, you will keep coming back for more.

Two Point Studios aren’t done either. They’ve confirmed that a Sandbox mode, and the Superbug Initiative (a sort of multiplayer mode that see’s you working collaboratively with other players to achieve research goals) will be added by the end of March. And with the hope of further expansions still to come, there’s no chance of getting discharged anytime soon.

Spiritual successors have been hit or miss over the last few years. Fortunately, Two Point Hospital is an example of it done right. Two Point Studios clearly understood what made Theme Hospital so special, and knew how to update this into a modern game.

My only real criticism is it doesn’t do anything particularly new for the genre. But what it does do, it does better than most. If sim games aren’t you’re thing, Two Point Hospital won’t change your mind. But if you’ve ever had any interest in the genre, Two Point Hospital is essential.

After careful diagnosis, I conclude that Two Point Hospital has a Thumb Culture Gold Award.