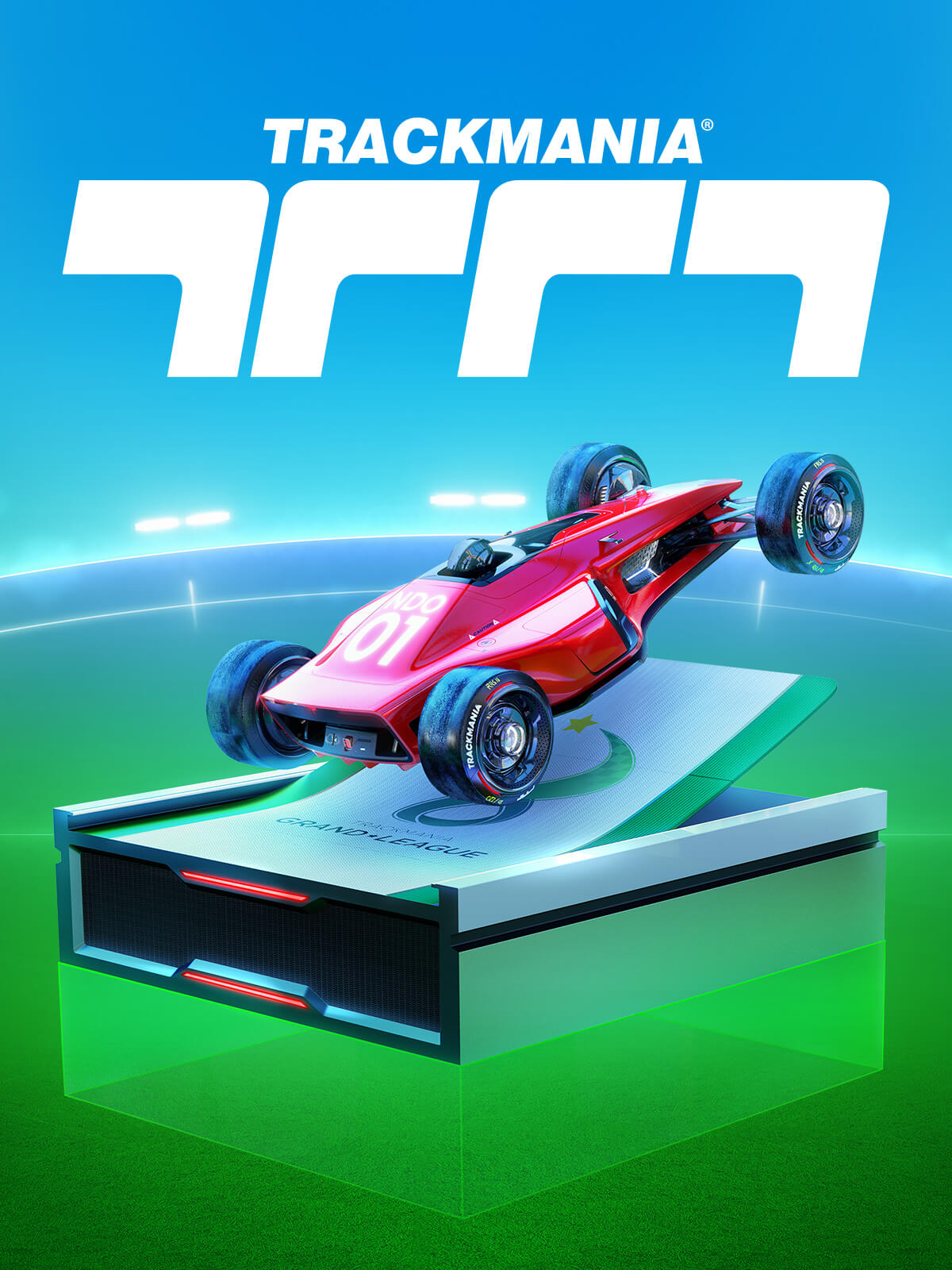 When I hear the word Trackmania, all I can think of are those really crazy looking tracks where all you have to do is press GO, and you’ll race fairly automatically through a series of cool jumps and narrow holes. Admittedly this is my first foray into the Trackmania franchise, Though I’ve been interested for a long time. It’s a franchise that’s been ongoing for nearly two decades now, with various iterations and versions of the game released on a bunch of different platforms. The latest Trackmania is a remake of a previous title, called Trackmania Nations. It a free-to-play starter version or you can choose to subscribe to a yearly pass or buy the standard edition. Subscribing to the pass allows you access to all the online club events and social aspects, like customization of your car liver. On the other hand, the standard edition only allows solo access to the tracks and no social aspects. The free edition only allows you to do a select number of races, including the track of the day.

The gameplay in Trackmania games is pretty simple. It’s not a racing simulator by any stretch. You’re given a car, a track, and infinite retries to set the best possible time you can. You can choose to race alone, or against other players. There are tons of tracks to choose from because anybody can use the robust track editor and upload their track for everyone to play. New content will also be released into the game on a regular basis, with a new season beginning every 3 months.

There are a couple different game “modes”, though they’re all the same Time Trial type of game. You can either race alone against your personal best, or against a myriad of online opponents. If you choose to race against other players, once you get near them their car will turn ethereal and you’ll just pass through them. So Trackmania is a very non-contact racing game. All players are given the same car, meaning that to win, you’ll have to become a skilled driver. Unfortunately, the tutorial doesn’t really teach you any of the intricacies of racing to help you get better times, so you’ll probably be spending a lot of time sideways or restarting if this is your first Trackmania game.

The track editor allows you to build a track using modular pieces. Anything from boosts to loops and everything in between is at your disposal to build as many tracks as you want. As you can see below, I tried my hand at it, and was not good. I much preferred playing other peoples tracks.

Trackmania isn’t the most beautiful looking racing game out there, but it’s simplistic design allows it to be played on a wide range of systems. I only encountered some minor graphical issues like stuttering. It was a rare occurrence, but it definitely interrupted my racing experience. Outside of the isolated incidents, the game ran fantastically. It may have been related to user created tracks having too many assets at one time for my computer to handle.

The game audio doesn’t add much to Trackmania for me. The music is just repetitive dance music, but it does give the game a very stadium-like feel. After a while, I found myself wanting to turn the game music off and put on my own music while racing. The roar of the engines all racing together makes you feel like you’re racing in a huge event, each time.

With nearly infinite player made tracks, you could get a nearly infinite amount of gameplay from Trackmania. Unfortunately for me, it’s not my kind of racing. So I can’t see myself going back to it all that often, other than to try out the curated track of the day.

All in all, Trackmania is an alright game. It’s not something I personally would pay a yearly subscription for. It just didn’t leave me craving more. I set a few local records which were quickly broken, but I never felt the urge to go back and try to best them. For these reasons, I’m awarding it the Thumb Culture Silver Award. I know a lot of people will probably disagree with me, but hey, this is just my opinion, Trackmania isn’t a game for me, more of a game I’d rather watch others play.