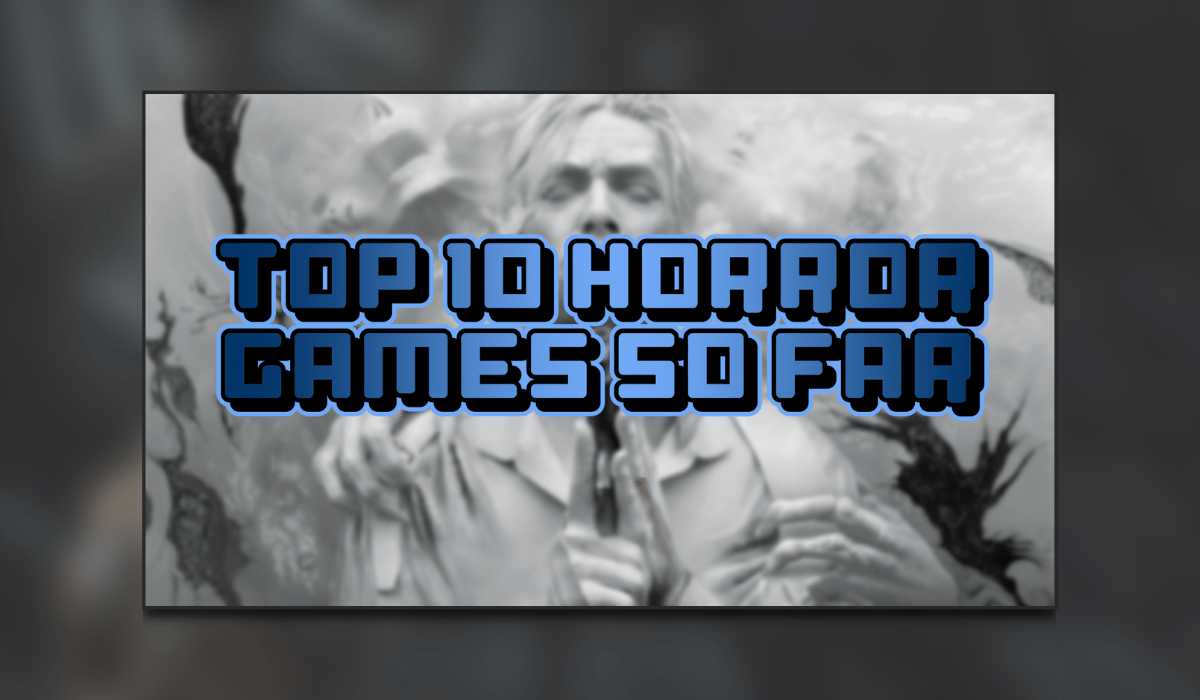 Welcome to my top 10 horror games which are made to keep you on the edge of your seat, get that heartrate up, and scare the pants off of you. Gareth recently wrote up a feature about his top 10 mobile games that can be played offline, check that out here.

Brought to us by Bloober Team nearly two years ago, Blair Witch originally came to PC and Xbox One. Bloober Team has since released various versions of Blair Witch on the PlayStation 4, Nintendo Switch, and even VR platforms such as the Oculus Quest. Players take control of a former police officer, Ellis, who is looking for a young boy who has gone missing in the Black Hills Forest situated near Burkittsville. This game is tense, has you on the edge of your seat, and you have a doggo!

A lot of people think of Alien: Isolation as a walking simulator. There’s no combat as such, and it’s more a game of hide and seek between you and a Xenomorph that is rampaging through your ship. It may be a walking simulator to some, but to me, it’s a rollercoaster of emotions as you try to outwit and outrun that dastardly Xeno. Kudos to Creative Assembly for creating such an intense game.

Ok, so there’s a theme here. Layers of Fear is another from Bloober Team. And this is an absolutely terrifying game. It is an absolute masterpiece, but at the same time, I won’t be going back in a hurry to walk through that mansion again!

Outlast was developed by Red Barrels and is a brilliant game. If you’ve not played it, or, have played it and are too afraid to continue, trust me when I say it gets better. The jump scares are primarily at the starting half of the game and the second half truly focuses on the story. It really is something to behold. The Whistleblower DLC was also incredible. There was also a sequel, Outlast 2, and a third is in the making.

I recently played through this game and my god it is so atmospheric. Another from Bloober Team, Observer System Redux takes us into a cyberpunk-themed world where we play as Daniel Lazarski, who is an Observer, or neural detective. Brian recently reviewed this one, so check out what he thought here. Let’s just say he agrees with me on many points of the game, especially the award it was given.

This. This game is crazy. Not only does Until Dawn star an all-star cast including Rami Malek (Mr. Robot, Bohemian Rhapsody) and Hayden Panettiere (Heroes, A Bugs Life), but it’s a fantastic game. Supermassive Games smashed it with this game. Your choices matter. Make sure you choose the right ones else you can lose your friends, forever.

I absolutely loved this. I know it got some flak for not being true to the original Resident Evil 2. But for me, Resident Evil 2 Remake was pure class. It had me hooked from start to finish, as soon as I cleared the story with Leon Kennedy, I had to get straight into Claire Redfield’s story. Capcom hit this out of the park in my opinion, the same for Resident Evil 3 Remake. They kept them kind of faithful, but fresh.

Bloober. Team. They’re here again, this is the final entry for them in my top 10 horror games list though. The Medium was a timed exclusive to PC and Xbox Series consoles. It has since been announced that the game will come to PlayStation 5 in September 2021. This is phenomenal news as I would love this one in my physical collection of games that I have on the PS5. We play as Marianne, a medium who can travel into the spirit realm. This game gets real weird at times, but it’s a great game.

This game was a surprise hit for me. The first was a great game, no doubt about it. But the second built on that a lot, and The Evil Within 2 had some great features that I loved. One of those was the open-world it had. You were free to roam around, explore, find ammo and weapons. It was such an improvement on what was already a brilliant game. Tango Gameworks did a cracking job with this one!

Here we are, the pinnacle of my list and of course, it’s none other than the Xbox 360 smash-hit game from Electronic Arts, Dead Space. This game had it all. Incredible Story. Gore. Horror. Atmosphere. Top tier graphics for the time. The audio was perfect. I can’t fault this game, and man, am I looking forward to the new one. Hell yeah I am! Fun fact, did you know Dead Space was inspired by the movie Event Horizon?

So there we have it, my top 10 horror games so far. You may have noticed a few games there from Bloober Team. They are rapidly becoming my favourite video game developers. What do you think of the list? Let us know down in the comments.