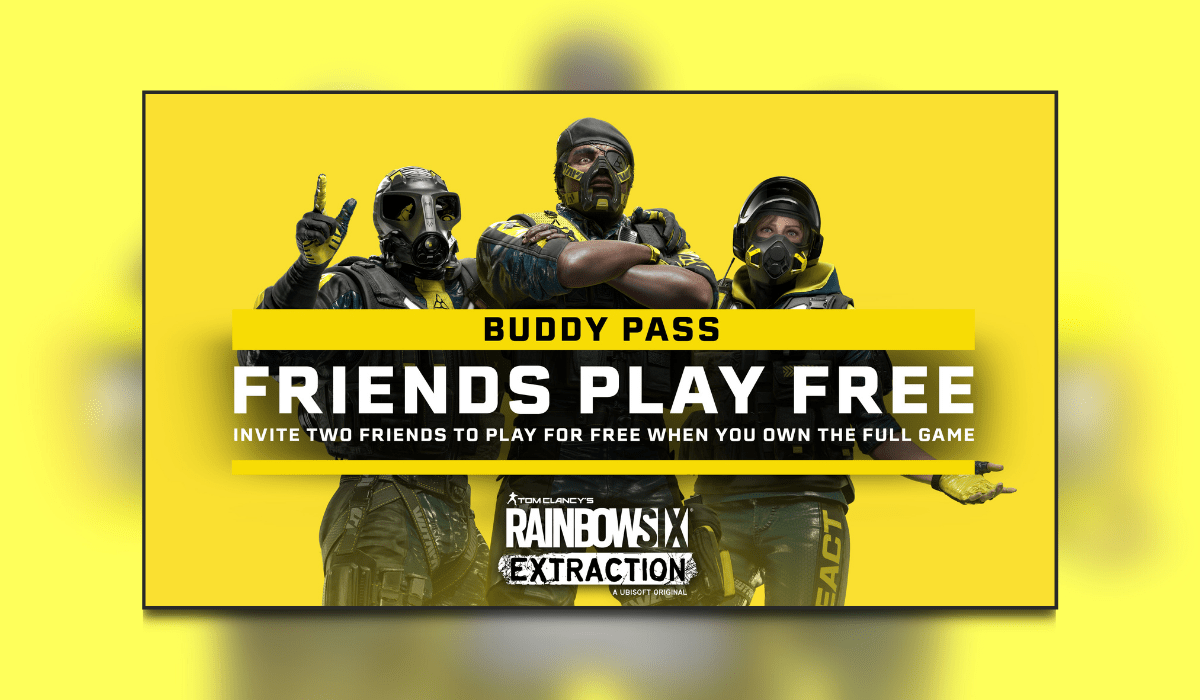 Ubisoft have announced the launch of Tom Clancy’s Rainbow Six Extraction. With a release date of the 20th January 2022, it will be cross play, cross-save and cross-progression on Xbox Series X|S, Xbox One, PlayStation 5, PlayStation 4, Stadia, and PC.

Who Will You Be Giving Your Buddy Pass To?

Are you a Tom Clancy fan? then make sure you keep reading as we bring you full details on the title plus an explanation of the Buddy Pass. This you do not want to miss as its a great way to get your friends and family involved.

In Tom Clancy’s Rainbow Six Extraction players will join REACT (Rainbow Exogenous Analysis & Containment Team). Either running solo or as part of a trio, you will encounter mysterious alien creatures known as Archæans. Players will progress through a custom levelling system for each of the 18 operators in-game, unlocking new content and higher-level technology as you go. With plans to keep updating the service, I am sure we are in for a wealth of new content on this titles road map.

When Can I Pre-Order?

Great news, you can pre-order your copy of Tom Clancy’s Rainbow Six Extraction now. For £33.99 you can get your hands on the Standard Edition and for £41.99 you can also pre-order the Deluxe Edition (this includes three bonus packs). With 12 new maps which are roughly three times the size of Six Siege Maps over 4 regions within the game itself. Not only will players see legacy Six Siege tech but there are over 60 weapons available and 15 exclusive React Tech.

In each edition you will also unlock two Buddy Pass Tokens, each of these tokens allows you to invite friends/family to play for free for up to 14 days across most platforms. This is a great way to introduce anyone who hasn’t played an R6 title before to get on the action before they buy. Ubisoft has also advised that any progression made within these 14 days will also be carried over if they then go on to purchase the full game.

Are you jumping on the pre-order or waiting for more reviews on release? Let us know in the comments below!