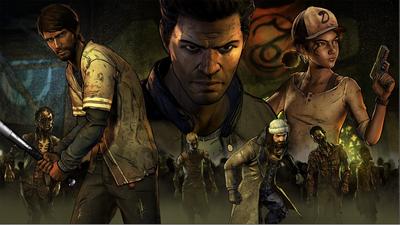 A highly adaptable point and click adventure game plucked from the amazing mind of Robert Kirkman ( I have to say, I have his graphic novels. If you haven’t read these and you’re a zombie fan, do so now!)  The walking dead a new frontier is available on Android, iOS, Microsoft Windows, PS4 and Xbox one although it will not be released on the Playstation 3 or Xbox 360, but players that have saves from Season Two on these platforms will be able to download a patch on those consoles as to upload their saved game to Telltale’s servers, and then access that from their new choice of platform.

Above the Law picks up right after where the first two episodes ended, with Javi and his group standing outside the gates of Richmond at the New Frontier’s headquarters. Right from the get go, I was kicked into a flashback with protagonist Javi to refresh my memory on events leading up to the zombie apocalypse with his problematic family. As always, Telltale Games proves its masterful storytelling by setting up the new episode and highlighting how far the main characters have come. 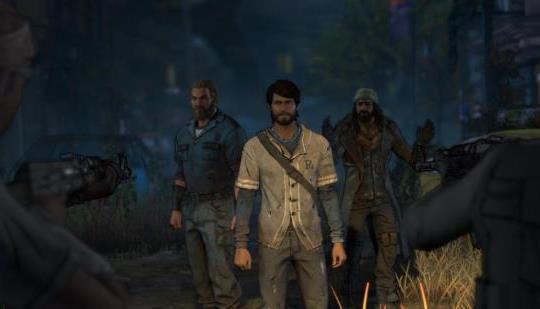 This episode wastes absolutely no time in making me decide who to trust. For the most part of the episode, I had to juggle between whether a member of the crew might cause me harm, leave, or in some cases, even convince others to revolt! It also forces Javier into testing his loyalty as he tries to figure out the next move for his little band of survivors. That includes Clementine, who does thankfully return but I am disappointed that I couldn’t play as Clem, only in flashbacks. I wanted that option of playing her as I had so much fun doing so in the previous Walking dead games but, alas, Telltale had different plans and made Javier the “go to” guy, which isn’t really a bad thing at all but I think most players who have come back to this game, do so for Clem.

Clementine has always been the foundational rock supporting our desires to carry on, even in the bleakest of situations

Telltale’s decisions this episode felt particularly challenging. Figuring out how to live is much more gut wrenching than trying to figure out who should die. Being undead is easy, it’s living with yourself that’s the hardest thing to do. “Above the Law” tests you and your morals.

It’s nearly impossible to go through the games decision-making without thinking “Can Javier be as forgiving as I might have been?”, or “Do I project my anger into how I’ll engage with David or the others in the New Frontier? What separates “Above the Law” the most from other The Walking Dead and Telltale episodes is its lack of interactivity, as the experience clocks in at under the standard two hours thanks to an absence of explorable areas and optional conversations 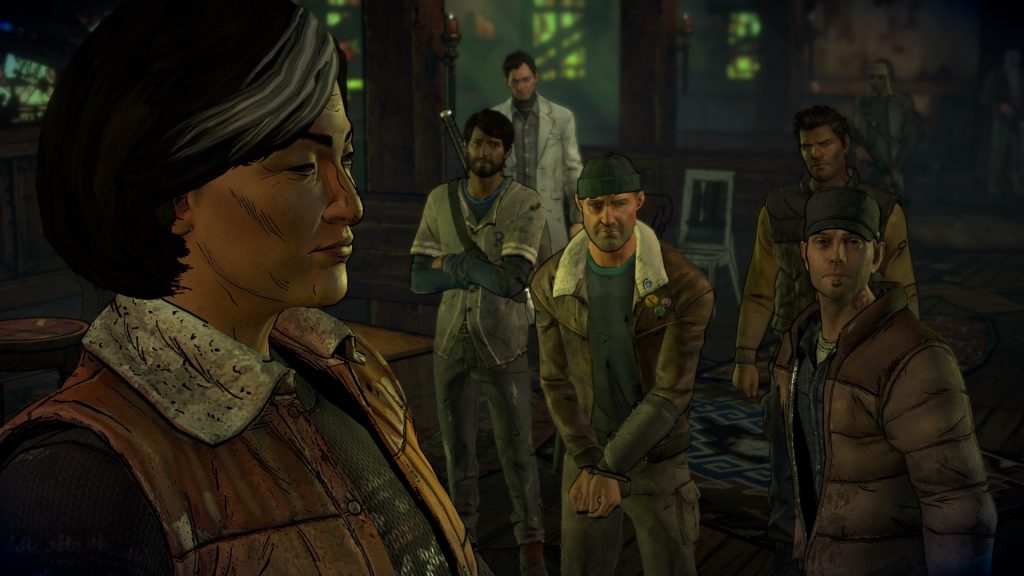 On a negative note “the stutters” were back slightly in this episode. I died a few times and each time was because a button I pressed did not register due to the sketchy frame rate. Twice, I completely missed a button prompt as the scene skipped ahead. Telltale said they were working on this issue specifically, but this was worse than at any point in Episodes 1 and 2.

I absolutely loved the voice acting in Above the law, well in all of the Walking dead but, particularly this episode. The dialog between Jav and Kate was packed with emotion. It truly sucked you in and made you completely believe what they were saying so a very big kudos to Jeff Schine who plays Javier García and Shelly Shenoy who plays Kate García. 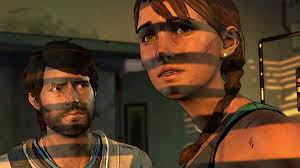 The first two episodes were good, but it is now when Telltale hits the gas.If the series continues with its present consistency, it only means that the next episode will be even better. Despite a lack of traversable areas, but thanks to some intriguing conflicts and character moments, Above the law gives players plenty of reasons to continue following the drama and I for one can’t wait to see what happens next…even if the waiting really does feel like forever!

I award this telltale a Silver Thumb Culture Award