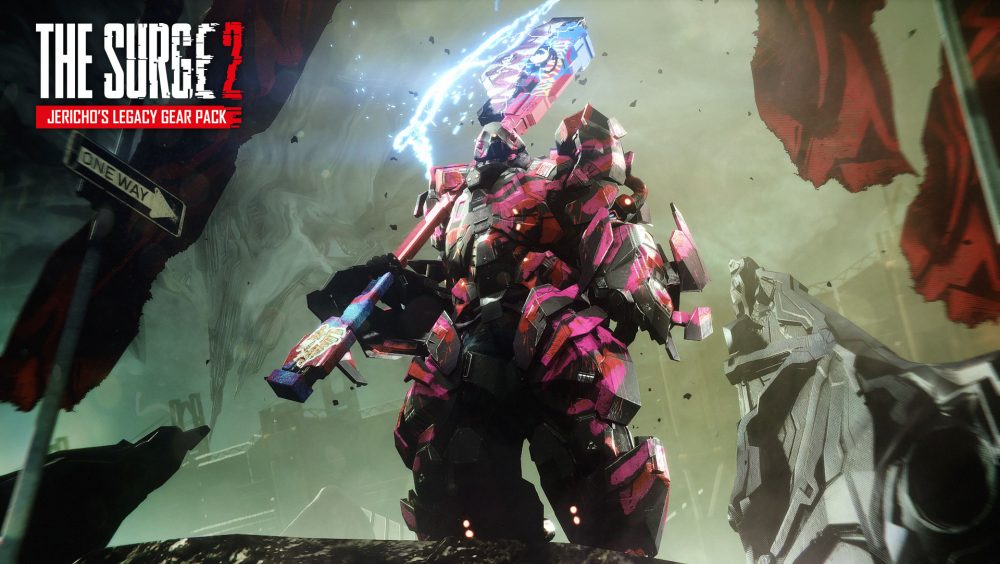 Today, we have had some news that the action-packed RPG the Surge 2 from Deck 13 an Focus Home Interactive has some new content! The highly anticipated game is growing and growing. The new pack is called Jericho’s Legacy Gear Pack.

Jericho’s Legacy Gear Pack brings three brand new gear sets to the game. The add on is available as a standalone item on the store or as a part of the season pass. The new pack is out today and is available on the PlayStation 4, Xbox One and PC.

The gear pack includes The BEAST Tank Buster, this is for pushing back your enemies. You also have the Kyoko Hacker Suit which gives you extra range on horizontal attacks. And last but not least Jericho’s Firetails Mascot, encouraging a block and attack playstyle.

Jericho’s Legacy Gear Pack is the second major release that forms part of The Surge 2 Season pass. The further release Kraken is set for release in 2020.

If you haven’t played The Surge 2, we highly recommend checking out the launch trailer below. You can also check out the Thumb Culture review here.

If you have already had a chance to get your hands on this new content then do let us know what your thoughts are in the comments below!