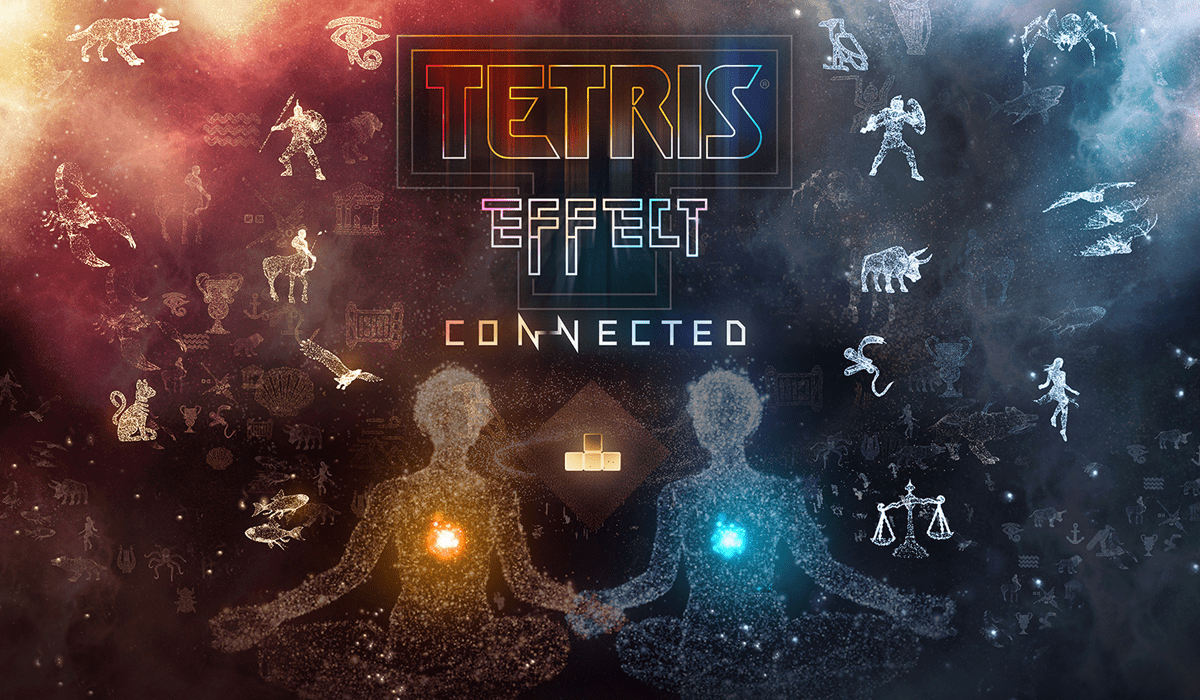 Tetris Effect: Connected is the follow-up to Tetris Effect. It’s actually mostly the same game, only with the addition of all-new co-op and competitive online modes. These modes can also be played locally and are probably where the game really excels. If you’re reading this, heck if you’re human then you’ll know what Tetris is. If you don’t know what Tetris is then there’s likely a whole lot more to this planet that you’ve never seen. I’ll pause here a moment to let you go learn about things like the sun, air, trees and sandwiches.

Now that we’re sure you know what Tetris is, what makes Tetris Effect: Connected different? The whole shtick of the game is that it’s Tetris with moods. As you manipulate the tetrominos on-screen they’ll influence the beat, and the surroundings to help enhance the stage you’re playing on. The core premise and function of Tetris is relatively untouched though. You can play faster-paced, more driven modes. Then there are relaxing modes that don’t take themselves too seriously.

I love Tetris. In fact, when Tetris 99 launched a few years ag on the Nintendo Switch I played it to death. Granted, I am not good at Tetris; I am competent and I enjoy myself but I do like the challenge. The premise remains unchanged; moving blocks down the screen to complete lines, t-spins, holding a piece in reserve. It’s all there; this is Tetris. What Tetris Effect: Connected does differently though is flood the screen with animations, particle effects and different themes. The main Journey mode allows each level to flow one into the other, in chunks of 4 or 5 levels.

The actual premise here works really well and some of the atmospheres are brilliant. That being said, when you’re already a relatively average Tetris player all of the movement and particles are incredibly distracting. When those effects make their way in front of the main play space and all of your tetrominos are the same colour I found it frustrating. Speaking of the play space; it is tiny. Playing on a 55″ TV I rarely find it difficult to see a game. But I found it infuriating how small the actual play space was on screen. With all of the colours flying around, and particles everywhere it does look wonderful. It unfortunately means though that the core game mechanics are just frustrating to play.

Where Tetris Effect: Connected excels though is with the multiplayer. Here you can tailor your experience to something a little more reserved. You can duel other players, or you can team up to fight bosses. These levels are so fun; on their own they’re 3-players playing Tetris but as the music ramps up all 3 grids merge together as you work to clear the rows on screen. It’s for this reason the word Connected appears in the title, as the signature track of the game kicks in just as you all merge. We’re all connected…

As mentioned earlier, the graphics of Tetris Effect: Connected are beautiful but also the games biggest flaw. Looking at the history of the Tetris Effect, it has, of course, hit VR and I suspect this game works brilliantly there. But when it comes to a screen on the other side of the room, with a tiny play space to work in, I find the game all just blends into distractions. The developers manage to do such a brilliant job of the environments, animation and the way the game flows to the music but feels like they forgot to actually add the Tetris in there. The main Journey mode has the world’s smallest view of a Tetris grid it begs belief.

I think if you’re anything less than a Tetris pro, you might find more enjoyment in just watching the Journey mode. Whilst it is satisfying to look at, and the music really enhances the flow, it is counter-intuitive to the experience. It’s frustrating that a game this pretty winds me up so much to actually play. Honestly, screenshots don’t do it justice, as the motion is superb. I do worry that those with colourblindness, or perhaps who are partially-sighted might find this game impossible to play.

Tetris Effect: Connected sounds incredible. The way each movement, rotation and placement of a block interacts with the beat really does suit the game. In fact it’s the best part; as you place tetrominos as whale song plays and particles dance around the screen. I would imagine it’s the kind of soundtrack you could easily have on when you’re wanting to chill out. Equally though it knows when to ramp up. As is customary in Tetris the blocks get faster, and the beat carries them through.

The truth is there’s an absolute ton of content in Tetris Effect: Connected. It has single player modes to enjoy, including dedicated marathon modes and the main event called Journey. Then it of course has the multiplayer suite and there is a lot to love here. Score attack modes, marathons, VS, and the co-op modes will encourage play for hours to come. I don’t think it’s unreasonable to say that Tetris has stood the test of time. The original game launched in 1984 (!) and it’s safe to say the core mechanics are there.

I wanted to love Tetris Effect: Connected, in fact ever since seeing the trailer for it a few months ago I have been quietly hopeful for it. Truth is, I am quite torn. On the one hand, I think the multiplayer suite is excellent, the 3-player co-op mode in particular is really fun. But I found the tiny play space that makes up most of the package quite frustrating, this paired with the particle effects that draw your eye make for a tricky experience.

I award Tetris Effect: Connected the silver award thanks to those multiplayer modes that will bring me back for me. 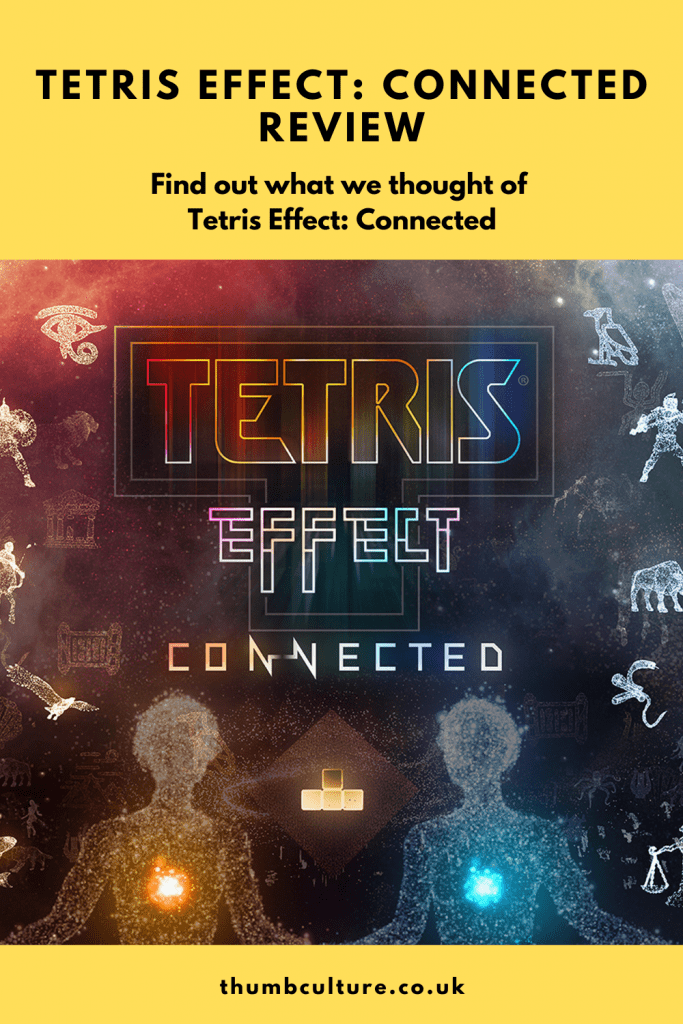 One thought on “Tetris Effect: Connected – Not That Effective…”