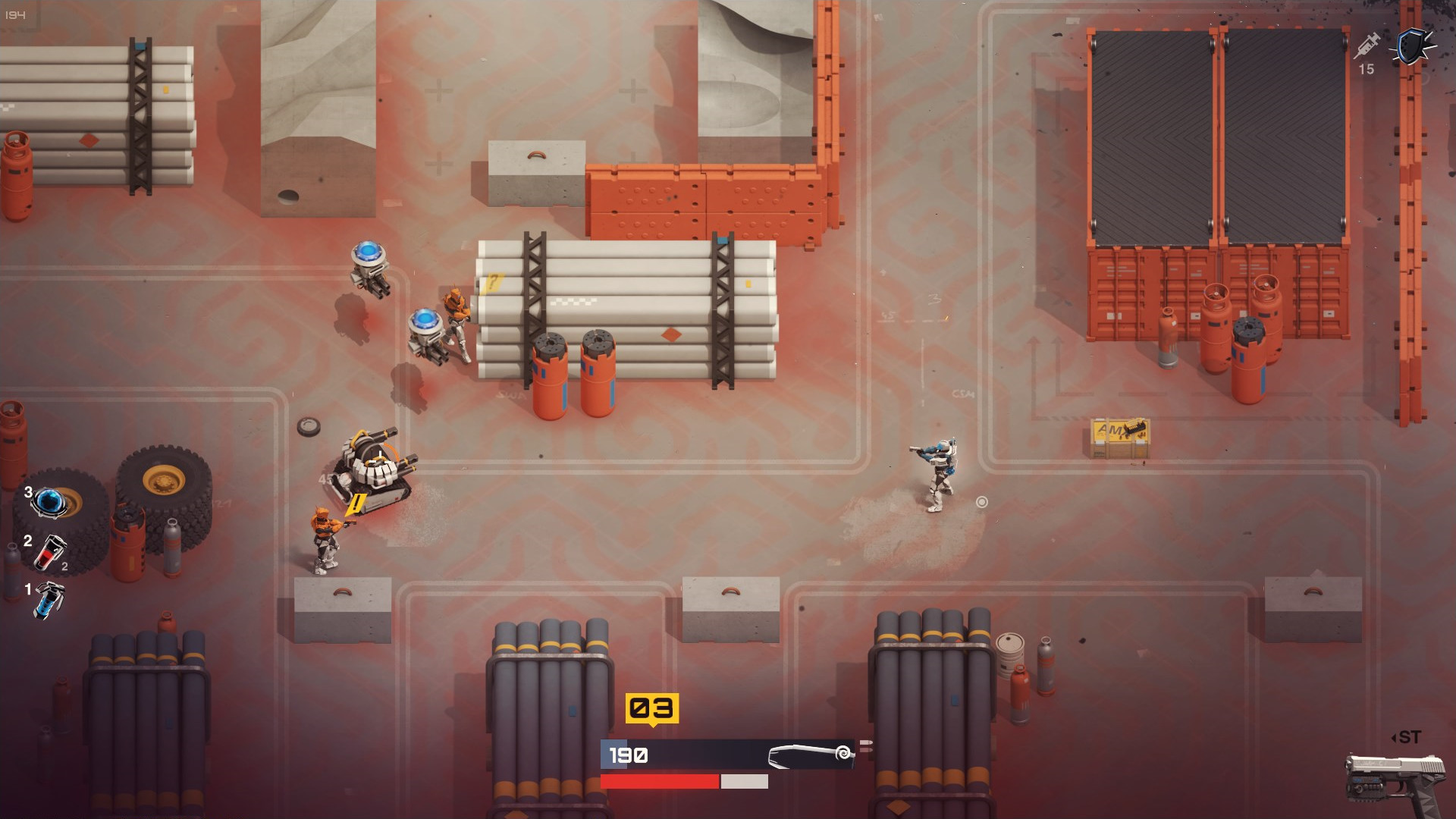 Upcoming shooter title, Synthetik got itself a release date, and there’s a trailer in tow to get the excitement buzzing. Developed by Flow Fire Games, Synthetik gained an announcement today stating that the game will be arriving on PC this March on the 15th.

Set in a futuristic alternative universe in the past, Synthetik puts players in a top-down world with only one life as they battle against machines. The game will bring not only the usual top-down shooter system, but it will also include various mechanics to make the game more unique.

Weapon jamming, heat management, headshots, and eject and active reloading are the mechanics that are included into the title giving it a more challenging outcome. Synthetik will also include Online co-op mode to allow another friend to jump on and join the other player to stop the oncoming extinction. There are four classes to choose between, over sixty weapons available, and various levels to survive amongst.

The trailer can be found below, and the title will be arriving on PC on the 15th of March 2018.