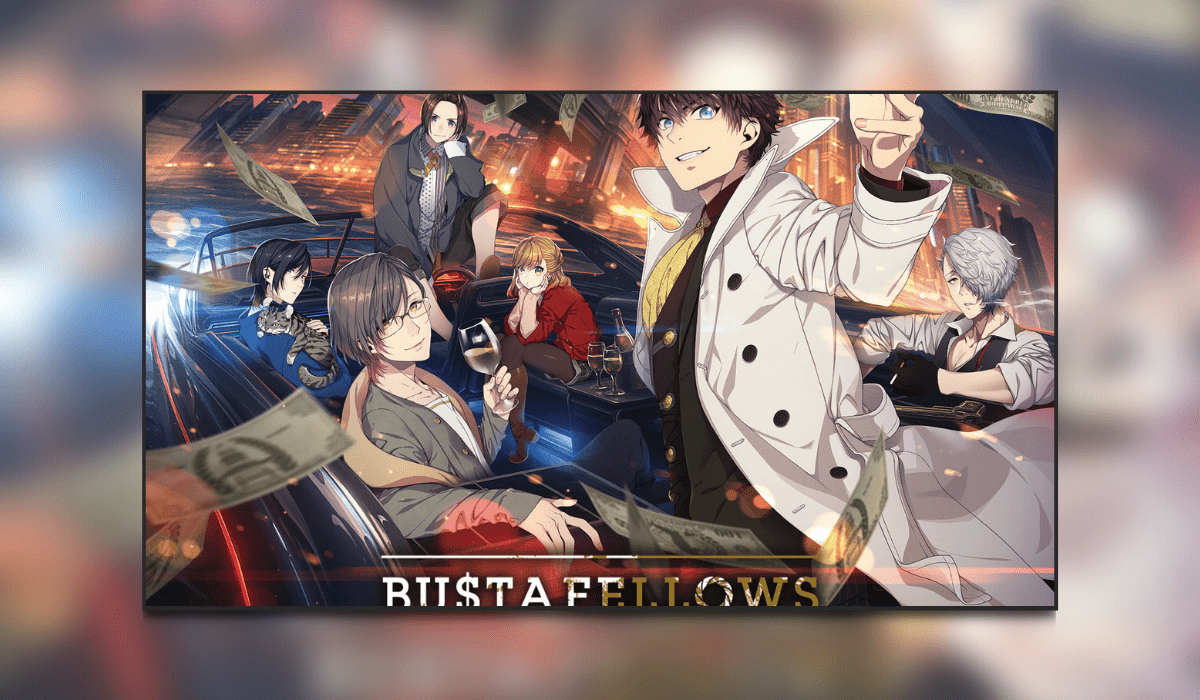 Steamy Noir ‘BUSTAFELLOWS‘ Out Now On PC & Nintendo Switch. Bustafellows is a visual novel game for the Nintendo Switch & PC developed by Extend. A new Otome Visual Novel game with a wholesome crime story… finally brought to the West.

Enjoy over 80 hours of gameplay as BUSTAFELLOWS is finally released to western audiences. Solve a murder, mystery, and be in dangerous relationships with unique interactive narrative gameplay. Solve crimes, puzzles, and much more to uncover the truth. Go on a romance with 5 dangerous individuals each with unlockable side stories. All while exploring different routes and endings that are based on the choices you make. Be ready for some cameo appearances from the cast of Side Kicks which is a must for fans.

The game also includes the original Japanese voice acting from Yoshimasa Hosoya, KENN, and many more. So make sure to jump into BUSTAFELLOWS as it’s a classic of the Otome genre, known for its strong female leads, compelling stories, and romantic subplots. You step into the shoes of a smart, strong, and gifted journalist embroiled in a life and death adventure. The main character has the ability to jump back in time and also into the bodies of others. (Ok it had me at time travel) Whereas you need to collect clues, press witnesses, and do whatever it takes to protect your friends in this thrilling noir visual novel.

Explore the gorgeous North American city of New Sieg, a bustling metropolis that sets the scene for our adventure. After witnessing the murder of a crooked lawyer, the main character Teuta uses her ability to go back in time and attempt to save his life. However, it is up to you to figure out how to save him.

This had me compelled once it said time travel so I for one will definitely be giving this one a try. What about you? Have you played this kind of genre before? If you have them let me know.