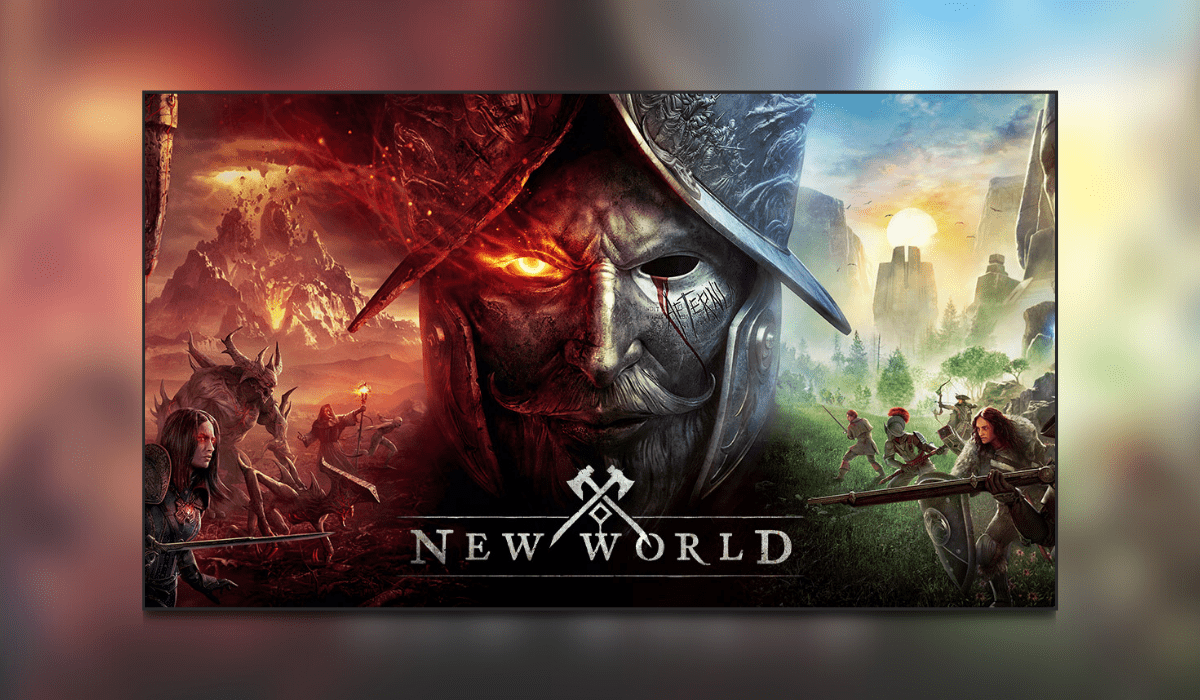 New World is an upcoming MMORPG currently in development by Amazon Game Studios and Double Helix Games, Powered by the Amazon Lumberyard engine. After an alpha test all the way back in October 2018, New World is finally open for beta testing. Join me as I delve into the game to see what awaits us at the final release of August 31st.

Fans of New World will no doubt be aware of the controversy surrounding the title!

Back in the alpha test many players were confused by the game’s lack of PVE content and left questioning whether the game would be worth picking up on the final release. Since then, the developers have worked hard to introduce PvE content, as well as reduce the consequences for PVP deaths. How did you find the balance of PVE and PVP during the beta? Is there anything else you hope to see change for the final release? Let me know down in the comments.

Set in the 17th century, we begin our journey shipwrecked on the distant shores of a mysterious island; “Aeternum”. Fraught with peril and shrouded in dark magic, our first seconds of gameplay is spent fighting a “Corrupted”, as we try to tend to our injured captain.

The Corrupted are the main enemy type on Aeternum, a vile presence comprised of; Zealots, Occultists, Acolytes, Grunts, Raiders, Snipers, Bombers and Brutes. The Corrupted seek to capture and control territory and eliminate our foothold on the island. We will spend most of our time fighting this foe in the open world, whether it’s through quests, random encounters or dynamic events.

Combat feels meaty and substantial, most comparable with games like The Elder Scrolls Online. Having to physically aim at and target your opponent brings a level of skill and mastery to this PvPvE sandbox. Building on this, players are able to master individual weapon types and learn new skills and attacks.

Rewarding commitment and time played, New World has a professions system for players to learn and advance gathering, refining and crafting skills. This system complements the main gameplay and offers players a way of trading up their weapons, gathering tools and armour.

With a photorealistic art style, the diverse open-world environments are well designed truly stunning. Ranging from rocky mountains to lush woodland, I felt fully immersed while exploring Aeternum. Between the felling of trees by players out gathering, the glint of the sun on my armour and the ever-changing weather and time, New World offers a graphical experience that will stand up to any of its competitors. I did notice the occasional invisible fallen tree, but this does appear to have already been patched.

It’s worth noting the recommended system requirements are fairly heavy, particularly on the CPU. This could limit New Worlds player base, so be sure to check these out before you grab a copy of the game!

Players can choose from a range of medieval weaponry to combat the Corrupted. These include; swords & shield, bows, rifles, axes, maces, staves and even magic-imbued gauntlets. I personally only witnessed fire and ice magic, but it’s fair to expect that more types will be introduced to the game over time.

The audio really compliments the visuals to help build an immersive and satisfying sensory experience. While exploring you will hear axes hitting trees and rocks, trees creaking as they fall, wildlife and waterfalls, the gentle crackle of campfires… and the clash of sword and shield as players battle the Corrupted for territorial gain. Sometimes overlooked in games of this genre, I was pleasantly surprised that (while skippable) quest-givers offer a full audio read-through of their dialogue. This brings a more personal feel to NPC interaction, because after all.. this is a role-playing game.

With plenty of main stories and side missions, New World offers tons of content to its players. Whether you prefer PVP, PVE, solo grinding or group events there is plenty to keep you occupied in Aeternum. As a completionist, and someone who really enjoys the grindy side of video games, I personally feel that 60% of my time will be dedicated to gathering and crafting.

Still, a shared feeling amongst fans, is the lack of ‘Expeditions’ may lead to a dwindling player count. Expeditions are New Worlds version of dungeons, which currently there are only 6 of. Dungeons and raids are usually the end-game content of an MMORPG, and weekly or daily resets keep players logging in on a regular basis. A lack of this type of content could put a lot of players off. However, it’s worth mentioning that it’s early days and expansion packs are always a possibility.

New World has issues, but it also shows a lot of promise. It’s a visually pleasing game that plays well and sets the bar high in terms of what we expect from this title in the future. During the Beta, a lack of servers and server instability resulted in many of us seeing login queues of up to 6000 players, but it has to be noted that this is only the Beta and Amazon Games are working hard to resolve these issues. Over the last week of Beta server instability dramatically improved, with new servers becoming available to combat login ques.

In terms of gameplay, I feel as though New World has strong foundations but is somewhat lacking in certain areas, such as the lack of dungeons. I also found the shipwrecked start to be a bit cliché and unoriginal. The questing, gathering, crafting and combat felt rewarding and fun, and I look forward to seeing how it develops as the game matures.

Overall I have to conclude that the Beta has left me wanting more, it’s well worth adding to your collection and I’m looking forward to jumping back into Aeternum on August 31st. Hope to see you there, adventurer!

One thought on “New World Preview”