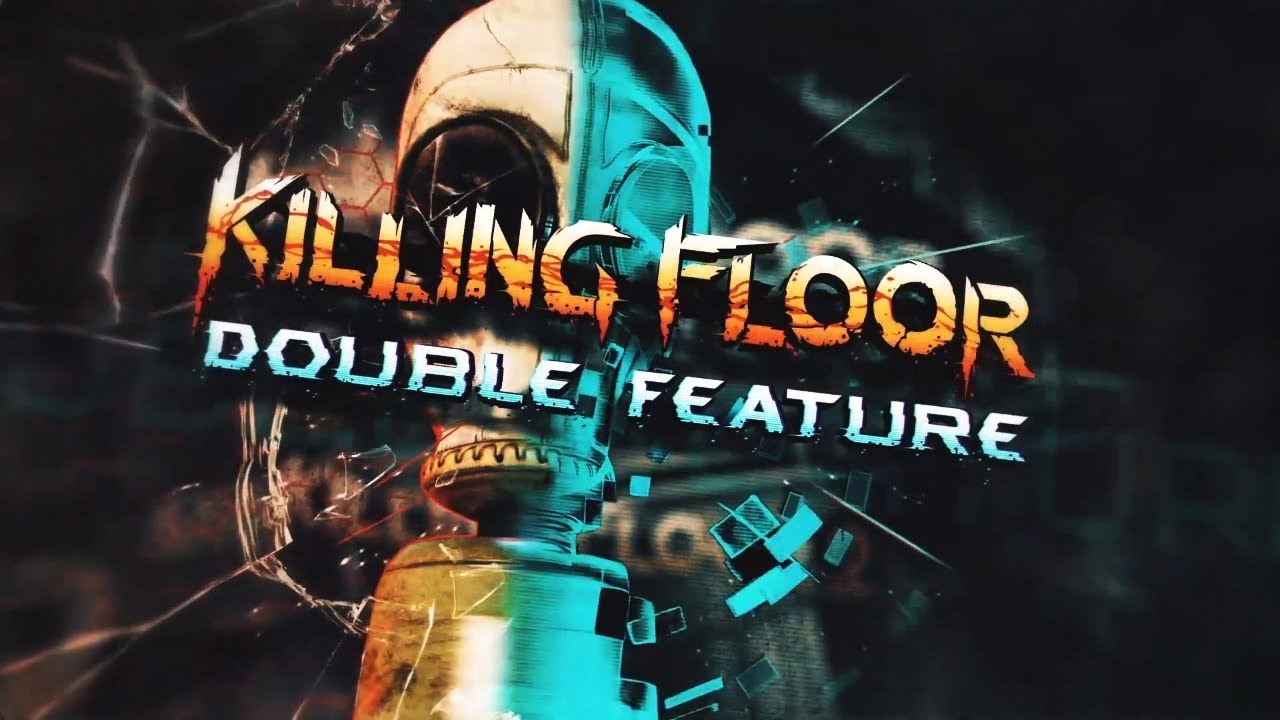 Killing Floor 2 by Tripwire Interactive is a game that I’ve always wanted to jump into, but never really had the time to do so. Years ago I was obsessed with games like Left 4 Dead and Dead Rising and something about a horde of zombies really fascinated me on a technical level. Killing Floor: Double Feature not only allows me to finally jump into the series but also experience some zombie killing action up close and personal in virtual reality. Both Killing Floor 2 and Killing Floor Incursion have been nicely bundled together in one ready to purchase package.

It’s important to note that both games play a little differently given their respective platforms. Killing Floor 2 is primarily a multiplayer shooter with the option to play offline and Killing Floor Incursion is more single-player oriented, with an option to play online with other people. Playing offline in Killing Floor 2 is doable, but you’ll have a very difficult time doing so. The zombies are numerous and each boss at the end of each wave is clearly designed for multiple people to tackle.

However, Killing Floor Incursion has a more single-player focus, with a dedicated single-player campaign taking centre stage and an additional mode on the side if you want to take it to multiplayer. 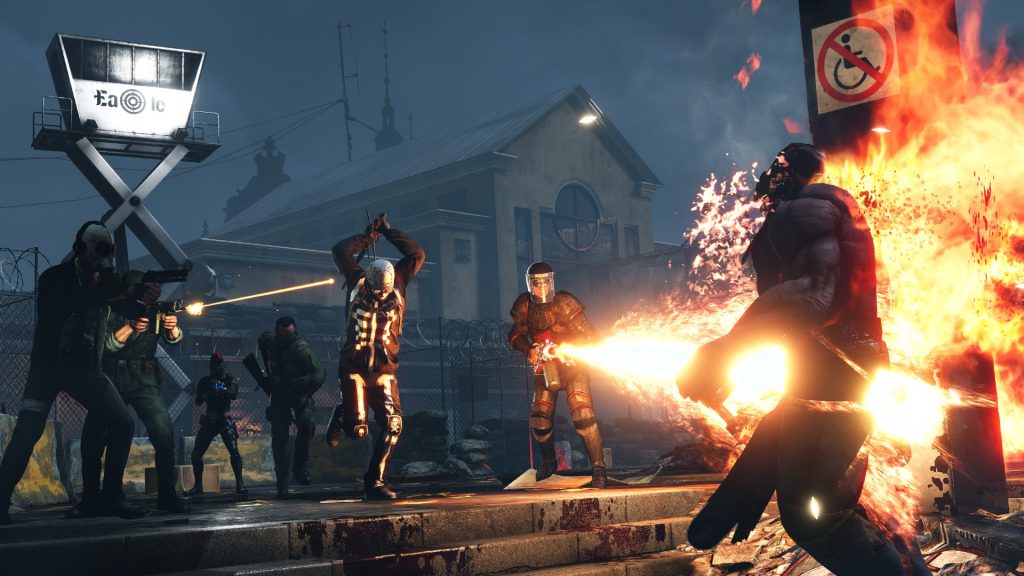 Both games are mechanically the same with a few differences in the VR title to make use of the new fancy, high tech equipment. Whether online or in single-player, you’ll be fighting off hordes of zombies known as the Zed. Every round has you completing an objective of some sort, for example, holding off zombies so they don’t overrun one particular spot. At the end of all the waves, you’ll be greeted by one of the game’s boss fights which are not only comical in design but border on totally ridiculous.

And this is one of my biggest problems with both games. Tonally, they appear to be rather serious, gruff, zombie shooters but the characters and boss fights clash with the overall tone of the game almost instantly. Each character and boss fight is some kind of exaggerated stereotype that not only sounds silly when you have a face full of zombie but also undermines the game completely, making things seem ridiculous when it doesn’t feel that way in the slightest.

The zombies themselves are also a big pain, with the majority of them rushing you with absolutely no indication as to whether they’re about to die or not. Some of the zombies in the later waves are absolute bullet sponges and it can be very easy to be completely overwhelmed. When you’re playing Killing Floor 2 it isn’t so bad as you can turn around quickly, get a little bit more distance and carry on firing. In Killing Floor Incursion, however, it’s much more difficult to manoeuvre and the sheer number of zombies in your face can make you feel a little queasy.

This isn’t helped by the combat itself. In Killing Floor Incursion you can use the Playstation Move controllers to holster and equip your weapons seamlessly, and whilst this is a neat little trick for the first hour, it quickly becomes tedious as sometimes the mechanic doesn’t exactly work the way it was intended. Guns themselves might as well be pea shooters because the number of zombies that rush you, especially in Killing Floor 2, make them almost obsolete. It’s better just to get a really good melee weapon and mash the attack button to kill them as they run towards you and that just feels shallow and boring. 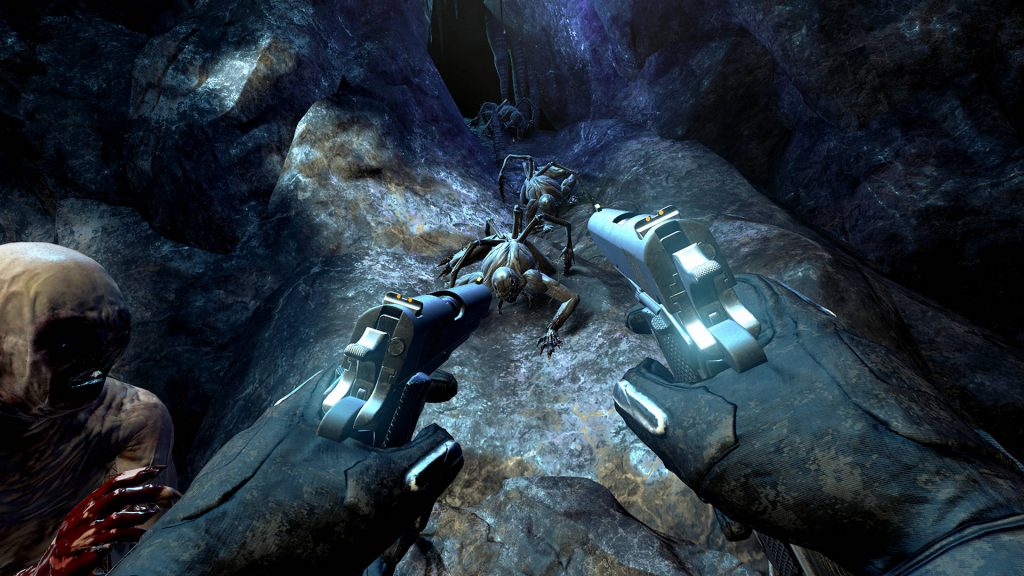 However, I will give props where it’s due. There is a brilliantly large range of weapons to have a go with ranging from flamethrowers to battleaxes. It was always exciting to finish a wave and auto-upgrade your weapons just to see what cool and ridiculous weapon you’d get to play around with next.

By far and away my biggest problem with Killing Floor Incursion is that the campaign is about 4-5 hours of repetitive gameplay and it feels like it’s sole purpose is to get you ready for the game’s multiplayer aspect, and at that point you might as well as just have released VR DLC for Killing Floor 2. There are only a handful of levels throughout the story and every one of these levels plays the exact same. Fight through the level, boss at the end.

Both games area much more rewarding when played in multiplayer as a wave-based shooter. If you can get a bunch of people (which I struggled with a little bit, especially in Killing Floor Incursion) then the game does feel more satisfying to play. Gunning down zombies whilst protecting certain areas is a lot of fun and even though it can get a little boring the more you play, both games are better experienced in short 1-2 hour bursts.

Visually, this is where both games excel as even though I have a lot of complaints about the overall games themselves, I can’t argue that they look quite pretty and run exceptionally well. Both games run at a solid 60 frames per second which are essential for this type of game and the frame rate of Killing Floor Incursion is solid and never dips making it quite an enjoyable experience. When a game in VR has a struggling frame rate, it makes the motion sickness almost unbearable and that problem just wasn’t present here.

But the most impressive aspect of both games, and Killing Floor 2, specifically is the sheer range of maps that the player can choose from. I was absolutely gobsmacked at the number of maps and sheer variety. You could slaughter zombies in everything from a scientific lab to a fairground. The environmental variety is probably the most impressive thing about these games and it really helps their longevity. 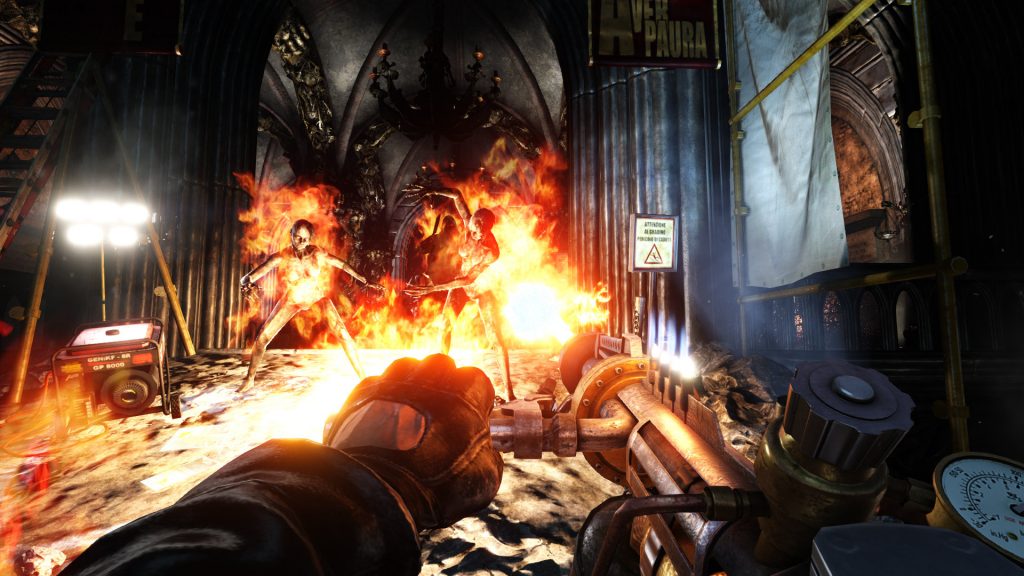 As previously stated, the voice acting in this game is something which particularly rubbed me up the wrong way whether it was my character doing a horribly stereotypical Australian accent or the first boss encountered having such a thick German accent that it was impossible not to laugh at. The music itself isn’t particularly memorable or interesting and the voice acting just drags down the entire experience, making the game a laughable affair. Remove the voice acting and over the top stereotypes and I probably would have enjoyed my time with both games a lot more.

Being a multiplayer title, you can get almost infinite replayability out of both Killing Floor 2 and Killing Floor Incursion, but that’s all down to how much you enjoy the game’s atmosphere and gameplay loop. After a while I was starting to get bogged down and bored with the constant, wave-based shooting and after the bosses started reappearing that was curtains for me. It’s a good game to play with friends for a couple of hours, but personally, I couldn’t see myself ever revisiting either game unless I had friends that wanted to play it. That being said, it all depends on how much you enjoy the games themselves.

I was overall disappointed with Killing Floor 2 and Killing Floor Incursion, more the former than the latter. Whilst Incursion runs a bit better and has a few more gimmicks and mechanics to play around with, both games were still massive disappointments. I can see the games had quite a dedicated fanbase but they’re just simply not for me. I feel like the combat is weak, the voice acting is atrocious. The only real positive I can really spin from these games is that the environmental design is top-notch and both of them run extremely well, so for that reason I’m giving both games a Thumb Culture Bronze Award.