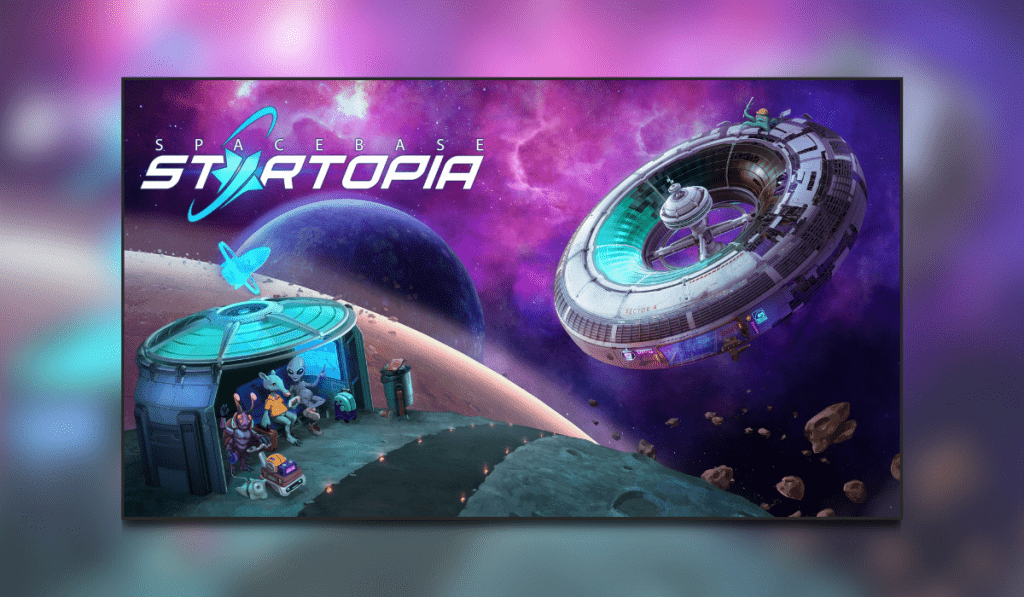 Spacebase Startopia has already been launched on PS4, PS5, Windows, macOS, Xbox One, and Xbox Series X|S. It’s now the Nintendo Switch’s turn for this strategy game to release on September 24th. The developers who are Realmforge Studios are known for the Dungeons series of games, Dark, and Ceville. Spacebase Startopia has scored rather average scores across the board, with pretty much 5/10 and scores in the 60-70% range.

Spacebase Startopia puts you in charge of three different decks aboard a doughnut-shaped space station that you will call home. Take care of aliens, space whale therapy and mysterious cat rumours, you will be assisted by VAL, the space stations onboard AI. Pre-ordering the game will give you 8 different statues of in-game aliens. There are also various skins for the “Fuzzy” droids and the recycler building included at launch.

Features of this game:

As mentioned you can pre-order the game now before it launches on September 24th. You should act fast as there’s currently a 10% off of the game at the Nintendo Eshop page here. Check out the Switch trailer of the game below on our YouTube channel. Let us know in the comments if you’ve played this game already on any of the platforms listed above!