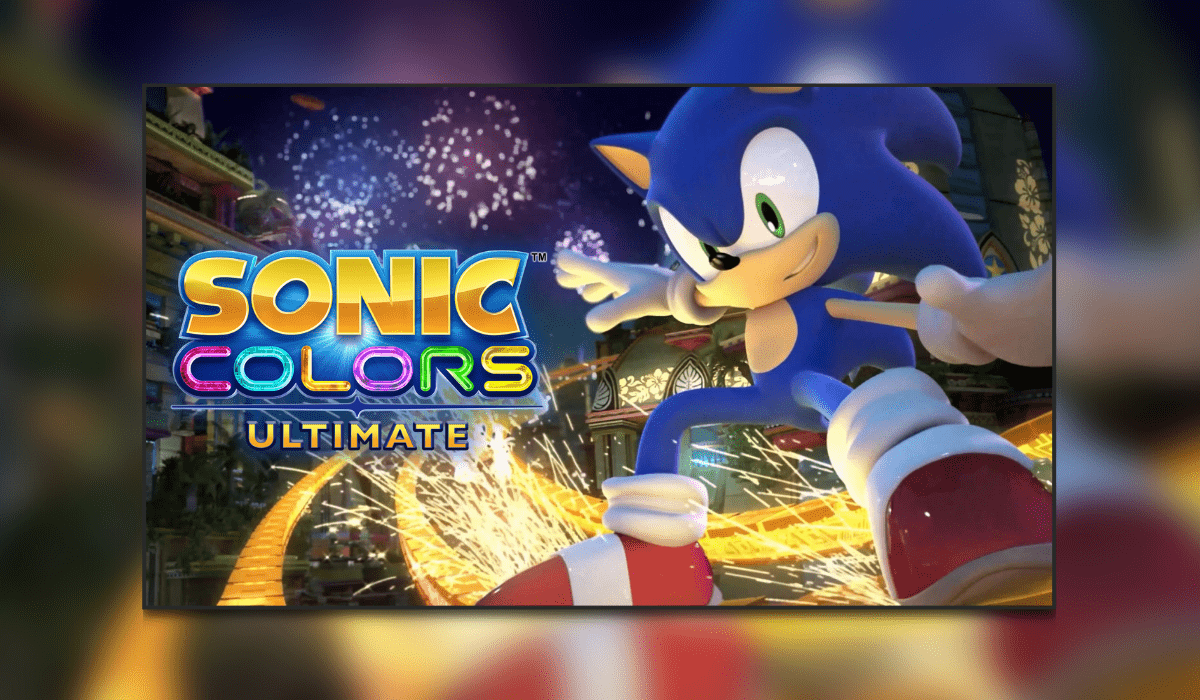 Time and time again it has been said that Sonic’s transition to 3D hasn’t been as easy as, say, a certain plumber’s. For that reason, I didn’t even touch a 3D Sonic game until 2011 when Sonic Generations came out. It’s also no secret that I am a HUGE Sonic fan and my heart lies in his heyday on the Sega Mega Drive and I didn’t want anything taking that away from me. I really enjoyed Sonic Generations, but apparently, I’ve missed out by skipping the Sonic Adventure games on the Dreamcast. Given the reputation, I think it’s acceptable to approach new 3D Sonic games with caution.

Sonic Colours Ultimate – Is it Heads and ‘Tails’ Above the Rest?

But Sonic Colours Ultimate isn’t strictly a new Sonic game. It’s a remaster of Sonic Colours which was released in 2010 exclusively on the Nintendo Wii and DS. Why remaster Sonic Colours of all games? Sonic has seen a rise in popularity recently, especially after the surprisingly good Sonic the Hedgehog movie. Younger gamers have been playing Sonic Mania, Sonic Forces, and Team Sonic Racing, so Sega wanted to bring something older to a new generation.

Blind Squirrel has remastered the game originally developed by Sonic Team, and as usual, Sega is publishing. The game was released on September 7th, 2021 for PlayStation 4, Xbox One, Nintendo Switch, and PC. I’ve been playing it on the PlayStation 5 through backward compatibility so, will it be just another blur on Sonic’s 3D timeline? Read on to find out. Also, feel free to check out my latest review here and catch up with us on social media.

Dr. Robotn…sorry, Eggman is up to his usual tricks to try and take over the galaxy. Sonic, with the help of Tails, must rescue an enslaved alien race called Wisps. I love that the story has gone back to its roots a bit. Gone are his useless friends, it’s just Sonic, Tails and Eggman.

The game takes place at an interstellar amusement park. Eggman has captured the Wisps to harvest their lifeforce as energy to keep this galactic playground running. Here you will run, spin, dash, swim, and slide your way through seven acts set across six unique and colourful planets in your quest to free the Wisps. The closing act on each planet is a boss and once you have defeated all of them you will then unlock the final area and conclude the game. At the end of each act, you will get a grade based on your performance.

Gameplay switches between side-scrolling and third-person almost seamlessly with some really fun transitions. The Wisps play an important part in Sonic’s adventure as when you collect them they act as power-ups for Sonic. Depending on the Wisp you use, they will open up different pathways which is great for replay value. There are eight wisps each with a different color to represent each power-up. Some of these are really quite fun to use such as the Cyan Wisp which turns you into a laser and shoots you in your chosen direction. Others are a bit uncoordinated such as the Pink Wisp which allows you to stick to walls and dash at high speed.

Within the stages, there are several red rings to collect which in due course become Chaos Emeralds. It’s likely you won’t get all of these in one playthrough, definitely one for the completionists.  One of the things that makes this game so easy is that you get infinite lives. As you battle your way through badniks, destroying them with your homing ability, you may fall down bottomless pits. As usual, if you fail to connect your attacks, you will lose all your rings and one more hit will kill you. If you hit a checkpoint, of which there are plenty, you will respawn there. Alternatively, Tails will fly in to save you and drop you off at the closest safe point. That’s providing you have collected the power-up to do so.

There are various ways you can visually customise Sonic with gloves and shoes etc., some items even coming from the recent move. These are purely aesthetic and don’t have any effect on gameplay. A new mode has been added called Rival Rush in which you will race against Metal Sonic in order to unlock these cosmetics.

The gameplay itself is fun and fast, but at times incredibly frustrating. Dare I say it is sometimes too fast because you can often miss a prompt to duck under an obstacle or even run into an enemy and lose all your rings. The 2D platforming sections slow down the pace a bit but have their own inaccuracies too when it comes to jumping. It is all too easy to misjudge a jump and fall to your death.

Awkward controls are something that has plagued Sonic games for many years and unfortunately Sonic Colours Ultimate falls into the same trap. Maybe with simplified level design, it could work, I mean, there is a lot going on. That being said, I really do love most of the level design. it’s extremely imaginative and well thought out. And I think that’s what works for a particular slow-ass plumber. His 3D games are exceptional by comparison because he is slower, has simple controls and the levels aren’t so busy. Speed is what makes Sonic so cool, and his attitude, so I hope that somehow soon a great 3D game will come along.

The overhaul given to this game is actually rather brilliant, mostly. The worlds are vibrant and colourful and maintain things mostly well at 60 frames per second. It can be a bit jarring when you running at supersonic speed and you drop a few frames which could end up badly. Fortunately, this didn’t happen too often. What makes it evident that this is a remaster are the cut scenes. They don’t have that same quality as the rest of the game and can look a little washed out and dated. Apart from those things, Sonic Colours Ultimate is a really pretty game.

It’s not just the graphics that have had an upgrade too. The game opens up with an updated version of fan favourite “Reach For The Stars”. The music throughout is catchy and upbeat and really matches what you see on screen. There are plenty of bad jokes in cutscenes and the voice acting is done well. One thing that really did niggle me was the volume drop in the cutscenes. It was so much quieter than the rest of the game, I found myself increasing the volume just to hear it. The sound effects sound like they have come straight out of an arcade game which suits the pace really effectively.

The game won’t take much longer than 5 hours to complete a story playthrough. This is about par for Sonic standards, but way below average by general modern-day standards. If you wanted to go for all the red rings using the Wisps to your advantage then that could easily double or maybe triple your time spent on it. The levels are very complex and some are easily missable and there are rewards in doing so such as being able to play as Super Sonic, so there is a high replayability factor if that’s your jam.

Is Sonic Colours Ultimate a bad game? By all means no it isn’t. It is certainly a fun time, albeit not very long-lasting. It’s just sad that is marred by overly complex level design and finicky controls. The Wisps add that replayability factor to the game for completionists, and it sounds and mostly looks great. I think the new generation of young players will enjoy this with its simple and easy-to-follow story. It is undoubtedly the best way to play Sonic Colours, but for now, I will be sticking with my 2D pixelated Sonic games.

I award Sonic Colours Ultimate the Thumb Culture Silver Award.  It’s a high Silver though, just not quite enough to be a Gold.