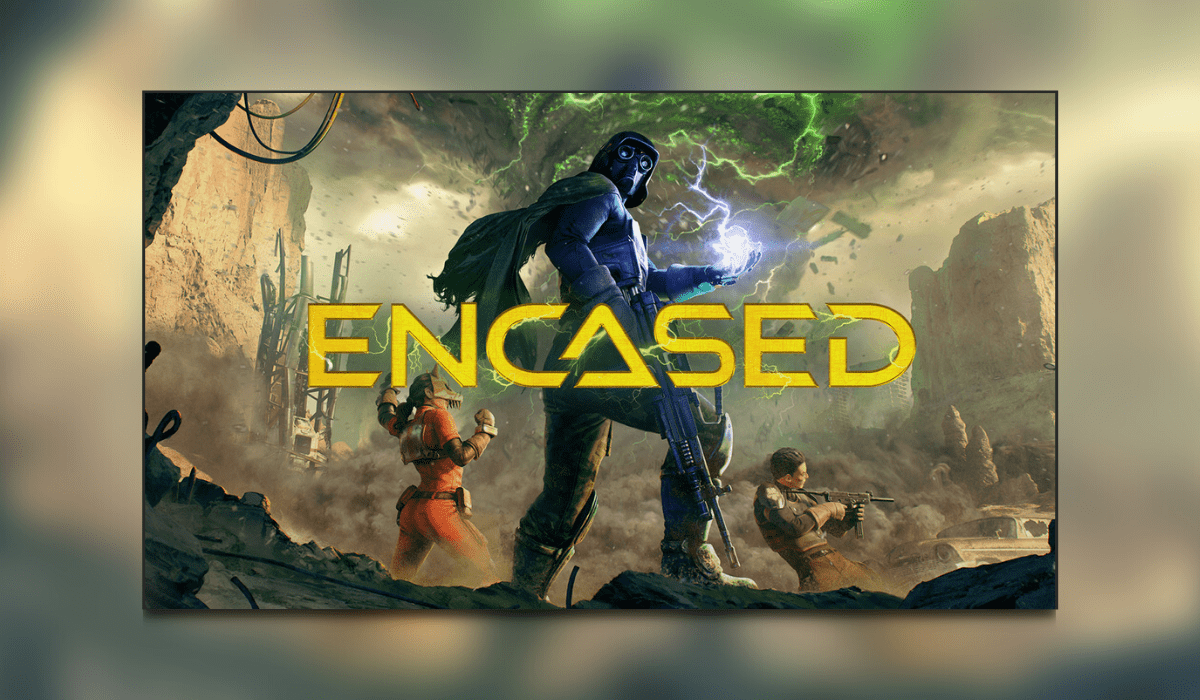 Encased has officially broken out of Early Access as of September 7th, 2021. It can be found on Steam and Epic as well as GOG. The game is a single-player tactical sci-fi RPG that is set in an alternative timeline of the 1970’s, after the Cold War. Encased began as a successful Kickstarter campaign in 2017 for developer Dark Crystal Games and is published by Prime Matter (Pathfinder: Kingmaker, Outward, Kingdom Come: Deliverance).

Explore the Dome in Encased

I wasn’t entirely certain what to expect from Encased when I first took a look at it. I don’t have a whole lot of experience with turn-based combat or tactical games such as XCOM or Gears Tactics. What I do love is games that make your choices matter and offer alternative endings and gameplay based on those choices. So I was pleasantly surprised to find the amount of freedom afforded to the player in Encased. What was the last game that you played that let you play it your way? Let me know in the comments below.

Encased takes place in an alternate timeline of the mid-1970’s. The Cold War ended after a large artifact known as the Dome was discovered in a remote desert and a global corporation called CRONUS was formed to explore it. The game thrusts you into the middle of the action as an employee of one of the five wings of CRONUS – Black, Orange, Blue, Silver, or White. Each wing comes with its own mechanics and features as well as differing backgrounds. Choosing your starting character, wing, and attributes is just the beginning of the choices you’ll have to make.

What starts off as a regular day quickly turns into a path down to disaster as one would expect from a dystopian setting. After a brief overview of mechanics and basics, Encased makes you put those mechanics to use – exploring and investigating the strange wasteland full of risks and rewards. Although there is a main story to guide you, how you go about completing that story is completely up to you. Murderous madman or stealthy assassin, the choice is yours.

Some features of Encased besides freedom of choice felt very well done. The skills, attributes, and perks for your character are very deep and complex. As in other RPGs, you distribute Skill Points and select Perks as you level up. Specializing in one area will grant access to abilities unavailable to a character that chooses to place their skill points elsewhere. This also keeps the player from just being able to steamroll through everything. Encased also implements survival elements such as hunger, thirst, and fatigue as well in a way that does not detract from the gameplay or make you constantly worried about negative effects. I will admit though that fatigue becomes a major factor within fights that can easily find your character in the grave if you’re not careful.

There were only a couple of aspects of Encased that I felt could have used some improvement. For a tactical, turn-based RPG it was surprising to find a lack of any sort of cover system in play. Despite my limited experience in games of the genre, that is one mechanic that I’ve found to be fairly consistent among them. I also found it somewhat frustrating at times that I was unable to tell friend from foe prior to approaching NPCs. Knowing how many NPCs were behind a door at least gave some insight on whether it was worth the risk.

The look and feel of Encased fits right in alongside with similar isometric RPGs such as Fallout, Wasteland, and ATOM: RPG. Each has that gritty aesthetic of a post-apocalyptic setting, where the world didn’t quite move on from the mid-20th century. The different environments are full of detail. Camera features such as rotating and zooming in and out allow you to visually explore each area to the maximum. The UI and menus also contribute to the gritty aesthetic and flow naturally with the gameplay. My only note of contention is that the character models feel like they could have been a bit more detailed.

Encased also features music and audio effects that are fitting. Items and abilities sound like their real-world counterparts (or at least what we would imagine they sound like). I found motivation from the music at times that put me on the edge of my seat. It was almost like when watching a suspenseful movie or TV show. A lot of the music kept an air of mysteriousness about as well. As I would expect from exploring the unknown.

As stated before, Encased has a very in-depth skill, ability, and perk system in play. In addition to a number of starting characters, you also have four difficulty levels to choose from. Not to mention freedom of choice once you’re in the game. These give it replay value that many other games lack. You are able to experience the game in many different ways, and should take the time to do so.

Encased is a game that plays into fond memories of similar games that came before it. Although it is a theme that feels a bit overdone at this point, it still adds value to the genre in its own right. If you have been itching to play something that reminds you of the other games mentioned above, I highly suggest you pick it up. It’s a healthy balance of turn-based action, exploration, and story. I am looking forward to my next playthrough already. From what I’ve experienced, Encased receives the Thumb Culture Gold award.